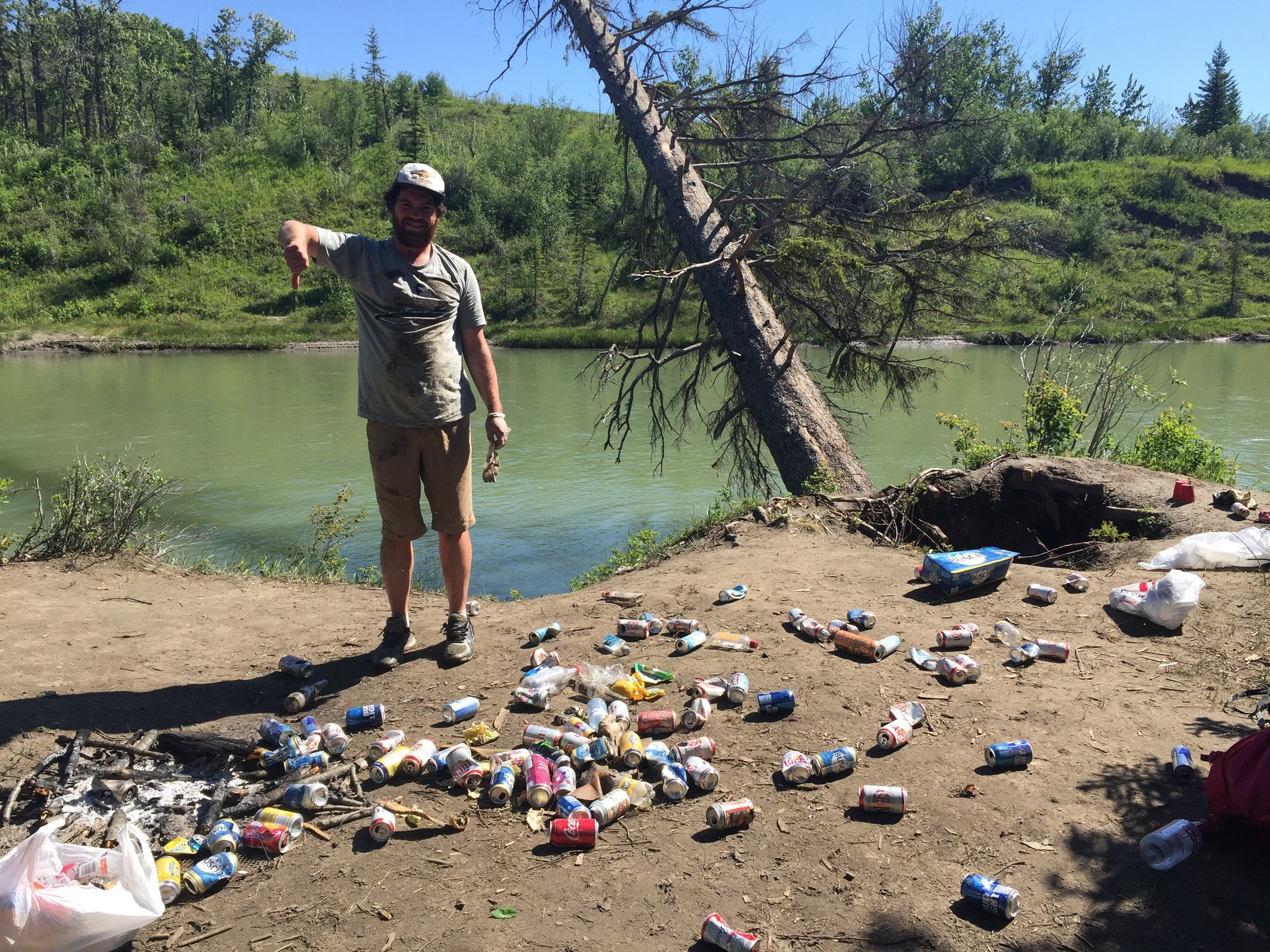 After this trip, it gives a new meaning to Weaselhead Flats.

Last weekend, Nate Schmidt and his girlfriend went out to Weaselhead Flats, on the southwest bank of the Elbow River – and were left disappointed.

On their journey, they came across mounds of bottles, cans and other pieces of trash.

Schmidt was already familiar with the trash problem from going to the park three to four times a week. It’s a relatively remote, 237-hectare park area that connects North and South Glenmore Parks.

Both have been volunteering with Alberta Wilderness Association for a number of years, and this was the first trip for the summer.

“We are thinking of other areas around the city like Edworthy Park, Nose Hill, and Fish Creek,” said Schmidt.

Weaselhead is known to draw in Calgary high school grads when they want to celebrate their achievements. This leads to bottles and cans being strewn about with no one to come and properly dispose of them.

In a tweet thread, Schmidt said there should be more education and signage in the area.

“Signs are hard to see, inconsistently placed, often hidden behind overgrown bush and there is limited information and awareness,” he wrote.

Annual clean up postponed due to COVID

For the past 25 years, Weaselhead Flats had a group of up to 90 people clean up trash in the park.

Due to the pandemic, the annual event was postponed and trash has been piling up.

The Weaselhead Preservation Society plans on hosting its own clean-up event in September.

In 2011, The World Wildlife Fund and the Great Canadian Shoreline Clean-Up honoured The Weaselhead Preservation Society with a national award.

“For our ongoing commitment to keeping the Weaselhead in as pristine a state as possible,” said Finkleman.