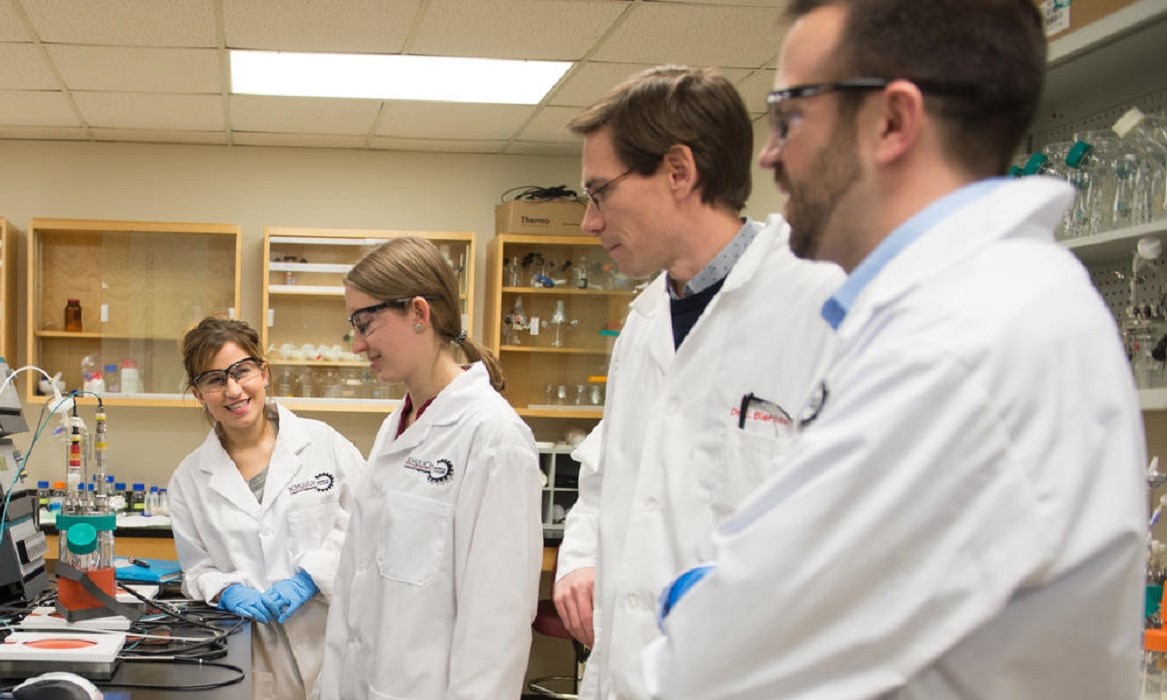 A new department at the University of Calgary is planning on taking some of the world’s biggest medical challenges, head on.

The biomedical engineering department is the sixth and newest within the Schulich School of Engineering at UCalgary.

“The University of Calgary is really taking the next leap forward in bringing together engineering and health research,” said Dr. Michael Kallos, interim head of the department of biomedical engineering.

“We’ve been training students at the graduate level, for over 20 years now, we’ve just launched a new undergraduate program for training engineers in biomedical engineering, and we’re bringing those programs together with a campus-wide research strategy to enable better communication collaboration across faculties,” he said.

The department is cross-disciplinary, combining the expertise from engineering, medicine, kinesiology, veterinary medicine, nursing, and science.

“Even though the department is in the Schulich School of Engineering, it’s really an anchor for activities that are across campus,” said Dr. Kallos.

“What that really means is that we’re going to be better able to solve all sorts of different kinds of health problems and bring benefits to Canadians.”

The department had its first 48 undergraduate students this year, and that number is expected to double next year.

Re$earch Infosource, a research and development intelligence firm, named the University of Calgary the fifth highest-ranked university for research in the nation.

The ranking was based on research income, research intensity by faculty and graduate students, and the number of publications produced.

“The University of Calgary is performing in the ranks of much larger, more established institutions who inspire us to continue our pursuit of research excellence,” said Dr. William Ghali, vice-president of research.

This is the first time the University of Calgary has been ranked so highly for research among all Canadian universities.

Dr. Kallos said that the cross-disciplinary research that has been done in the field of biomedical engineering has helped to contribute to that success.

“We’ve been building over the last five or six years, a network of those researchers crossing those boundaries, working together in multidisciplinary teams to really bring about those great research results that they’re talking about that have that have helped, along with many other areas, to put the university in that top five category,” he said.

“I was amazingly excited to see that that finally comes through.”

Forefront of the medical industry

Dr. Kallos said the new department would be able to better recruit students and to provide those students opportunities in the medical industry in Alberta.

“I am beyond excited … I think it’s fantastic to attract new faculty members and researchers, and I also think it’s really great for growing the industry here,” he said.

“We’re going to be providing the talent for that industry, as well as helping to spin out companies and develop new technologies that hopefully will be built right here in Alberta.”

He said that there were many opportunities for the life sciences industry to grow in Alberta.

He said that the growing familiarity with rapid testing for Covid was an example of the way that users of products would home diagnostic tools. Those tools were developed by biomedical engineers.

“I think you’re going to see a lot more of those kinds of tests that you can do in your home, and the idea is that really don’t want people going to hospitals if they don’t have to,” said Dr. Kallos.

“So being able to measure things earlier, detect and diagnose earlier, and then be able to get better treatments and more longer-lasting treatments—that’s kind of the overall goal of all of this,” he said.

For more information on the new department, see the Schulich School of Engineering’s website.