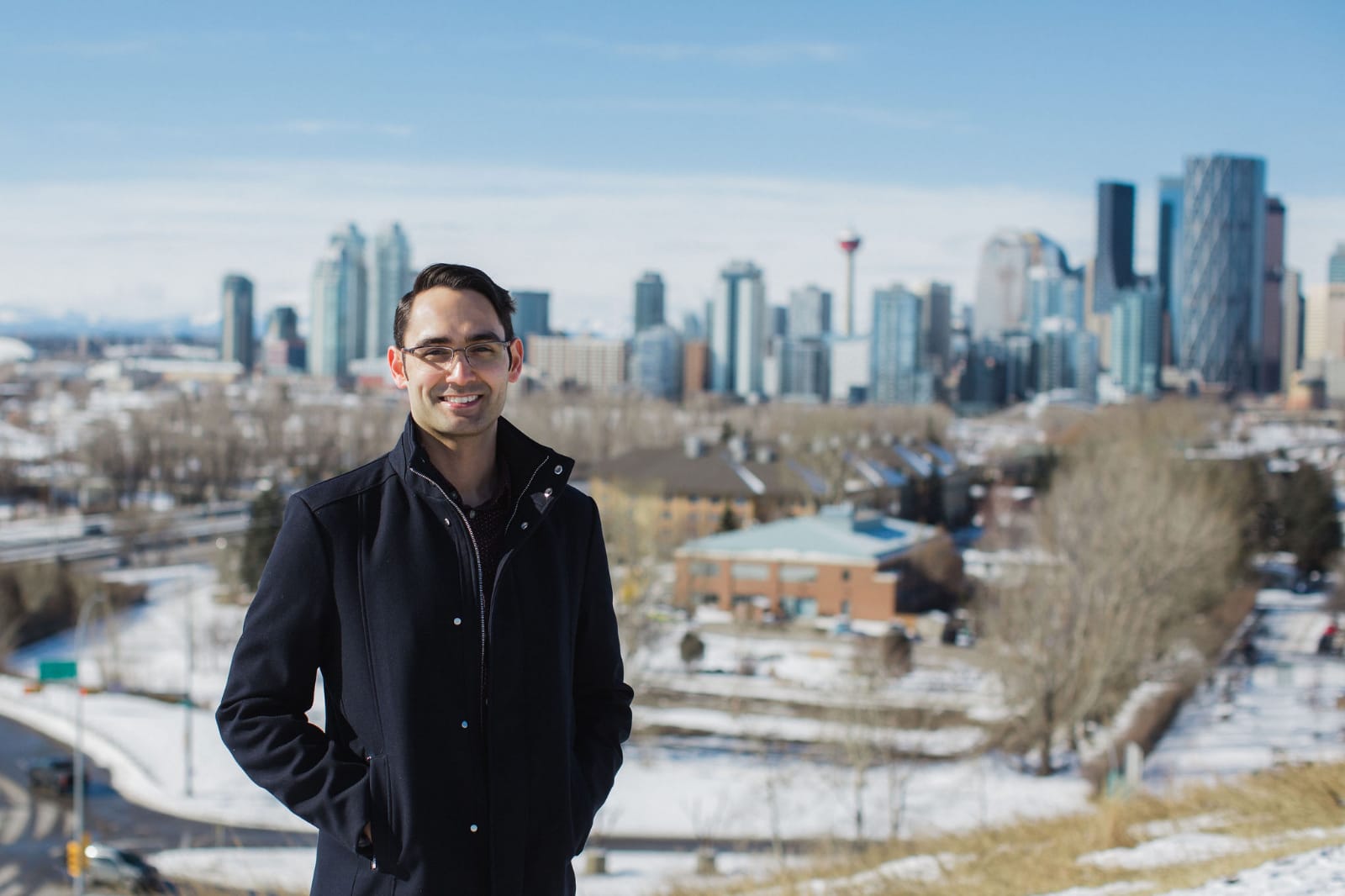 Daymond Khan said his main priority is to serve his community.

To prepare for the Oct. 18 election, he said he has knocked on countless doors to determine what issues are most important to Calgarians.

“What I was hearing from my neighbours and Calgarians across the city was that things have gotten so divisive,” he said.

“There’s been many fights and arguments, and it takes away from those basics of listening to communities then finding solutions together.”

In hearing this, Khan announced his decision to run to be the next City Councillor of Calgary’s Ward 9.

Khan said his work with the Calgary Homeless Foundation has allowed him to stay attuned to politics at each level of government. Additionally, he said his work with affordable housing, homelessness and mental health have gained traction within Calgary communities.

“What was happening in City Hall was unfortunately not moving things forward as I would’ve liked,” he said.

Khan added that the unresponsiveness has taken away from addressing the needs of Calgarians.

According to Khan, the main issues within Ward 9 include safe communities, community prosperity, and uniting communities. He also believes the problems apply across Calgary to different degrees as well.

“The number one thing that’s coming forward is talking about safe communities, to help those who are in a tough position,” he said.

“But then, to improve safety and security in the communities across the city.”

As for prosperity within communities, Khan said the pandemic had brought the opportunity to work with local businesses.

“And, to intentionally and strategically invest in supporting their efforts,” he said.

“When they open, they will be hiring again.”

Khan said Calgarians must do what they can to collaborate and bring communities together. He said people have concerns with engagement, and he wants to help individuals share their perspectives.

Khan said he supports public transit. Calling it “a great project,” he said he believes the Green Line can bring the city together. He appreciates the investments from provincial and federal governments.

“I moved to Albert Park Radisson heights specifically because I had the opportunity to walk to the train. I value that,” he said. Khan said many citizens in Ward 9 agree.

“A lot of them emphasize the benefit of the walkability, and then that environmental impact as we look to build a sustainable city.”

Khan also recognizes the cost concerns, as the City of Calgary said the project has $4.9 billion in government commitments. Khan said he believes that a review of opinions and accounting for new factors are essential before construction begins.

If Khan gets elected, he said he would have two main priorities regarding weighing in on the issue and reviewing plans.

“Number one, that we see this investment happens. Specifically, that we see the provincial and federal dollars flow into Calgary and invest in our infrastructure,” he said.

“My second priority is looking at the operation cost and what it means for the city, and to ensure that it’s a sustainable long-term operation cost before we go forward.”

He said studying at the School of Public Policy has allowed him to understand the challenges that accompany striking new deals. Especially for cities ensuring they do not face extra costs.

“I appreciate the work they have put into creating a good deal,” he said.

“I know we’ve heard recently about additional costs, so I would keep a close eye on that to make sure we stick to what we’ve agreed to and limit those extra costs going forward.”

According to the City of Calgary website, the fluoride in Calgary’s water has been discussed as far back as 1957.

Khan said the primary focus should be on the health of Calgarians to ensure their dental health. While knocking on doors, Khan said he had heard different points but that the issue has not come up significantly. He noted that both expert insights and Calgarian perspectives are important.

“My next step is to continue to keep an eye on this issue, and I would love to hear from more people both pro and against to get a better sense of where they stand,” he said.

“I do appreciate that some people have raised some risks related to it. With all health decisions, you want people to be as informed as possible.”

The topic of reallocation of police funds, Khan said, is crucial. As he mentioned previously, a primary concern for Ward 9 communities is safety. Due to this, Khan said he believes sustaining funding for the police is vital.

“Then they can continue to do the great work that they’re doing. In response to what I’ve heard from our community members, many of them support police in their presence,” he said.

“I’d say deeper than one or a few concerns revolve around better engagement with the community so the police service can work with them a little better. If we can build those relationships, I think it can go a long way.”

Khan said his work in the non-profit sector has taught him about factors contributing to crime and the importance of looking at crime holistically. Khan said the social determinants of crime brought him to believe in the importance of police working with community partners and non-profit agencies. The partnership, he said, would help individuals struggling with addiction, homelessness and mental health to find a way out of cycles of crime.

“There is an opportunity for police to take less of the workload, to then have community partners and social agencies to help them focus on the most severe crimes,” he said.

“Which, they are well trained for, and then have others who are trained more in social space.”

Khan said his focus on serving communities is the main reason people should vote for him.

He said he wants to hear from individuals, work together to find solutions, and bring in his talents around facilitation.

“Bringing all the stakeholders to the table, engaging people, and providing structure so we can hear from experts and community members. That’s the approach that I will bring.”