The project team working on Calgary’s new $550 million Event Centre has been put on pause to sort out differences in the project estimate and the facility requirements, according to the Calgary Municipal Land Corporation, the project manager.

While rumours had circulated about potential cost overruns due to inflationary pressures, escalating building costs and scope changes, no details were made public after the session.

LiveWire Calgary has since learned that the project budget wouldn’t build the arena that had originally been approved. This was due to a variety of cost escalations.

We have also learned that concurrently, scope changes were requested by Calgary Sports and Entertainment Corporation (CSEC). These were two separate issues, according to the information provided.

It’s believed that the cost difference between the combined items is $70 million, but could end up being double that, according to information provided to LiveWire Calgary.

The agreement does state that changes initiated by one party would be covered solely by the initiating party.

“The decision to take this pause is the responsible and prudent approach to ensure we find the best solutions to move the project forward successfully, without incurring any additional costs on the project while these discussions progress. The team is working collaboratively to find a suitable path forward,” said Kate Thompson, President and CEO, Calgary Municipal Land Corporation.

It’s the latest wrinkle in the ongoing Calgary arena saga, which began in 2015.  At that time, the Calgary Sports and Entertainment Corporation (CSEC) pitched the $890 million Calgary NEXT plan in the West Village part of downtown Calgary.

That deal was later quashed and ushered in a freeze in negotiations on a potential new arena.

In 2018, the CSEC and the city came together, led by the Event Centre Steering Committee, which was chaired by Coun. Jeff Davison.

A deal was finally approved in July 2019. It was officially signed in December of that year. Since then, prep work, including design has been ongoing.

Reaction to the pause

Coun. Jyoti Gondek, who voted in favour of the initial deal in 2019, said she could not speak about what was said behind closed doors Tuesday afternoon.  Gondek is also running to be Calgary’s next mayor.

“What I can say is in 2019, in July, council made a decision to enter into an event center deal and agreements have been signed,” Gondek said.

We asked if it could mean more money tacked on to the cost of the deal. Or, a potential reopening of the Calgary arena deal.  Gondek didn’t comment on those questions. She said that the current deal is the one she would continue supporting.

These facility differences would have to be ironed out before council goes on a summer break. If not, it could mean that the next council could be faced with the decision.

Not a penny more: Coun. Farkas

After Tuesday’s closed-door session, Coun. Jeromy Farkas, also in the running for mayor, attempted to have the proposed amendments made public. That measure failed.

“Without going into the substance, my hands are a bit tied here, but I would say that this is by far the most stunning thing that I’ve seen in my entire time as a councillor,” Farkas said.

“I will not support this and I want to be on the record, especially during the pandemic, once Calgarians find out about this, they will be furious. I believe very, very strongly that we owe the public transparency and the Calgarians to deserve to know clearly what we’re voting on.”

In an interview Wednesday afternoon, Coun. Farkas said given the current financial situation, putting any more money into the arena should be completely off the table.

“I didn’t support the arena in the first place because of the unrealistic budgets, the lack of transparency and the very real chance of taxpayers being on the hook for cost overruns,” Farkas said.

“It looks like this exact thing has happened. For better or for worse, the deal is a deal and I think City Council should honour its commitments.”

This site uses Akismet to reduce spam. Learn how your comment data is processed. 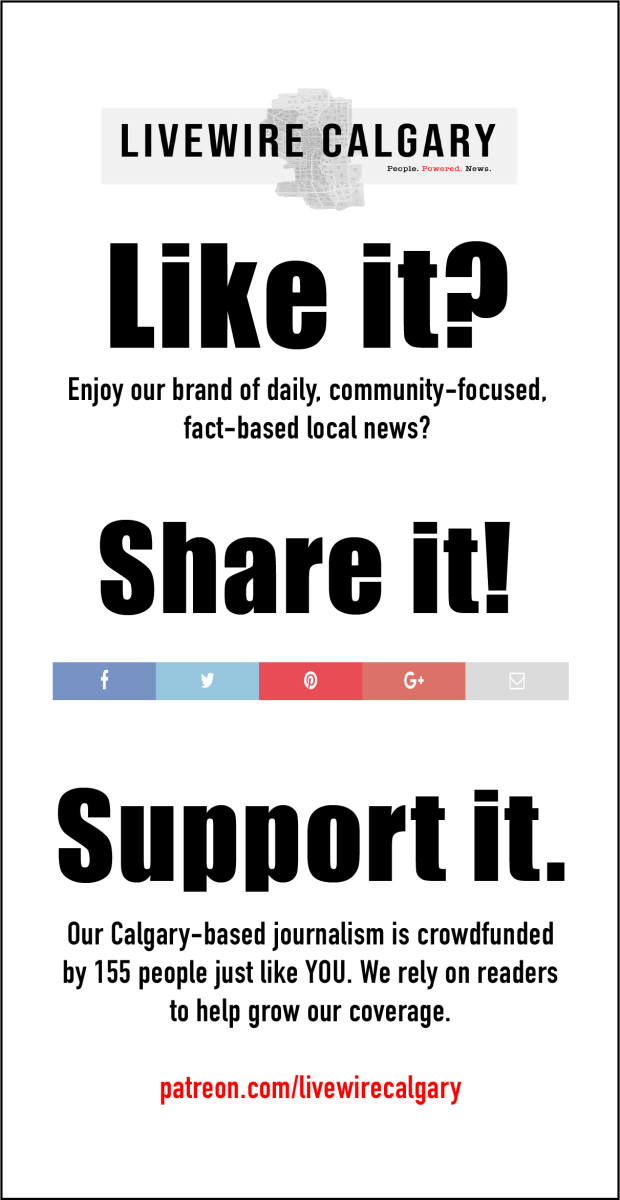