Mayor joins volunteers in build up to Neighbour Day 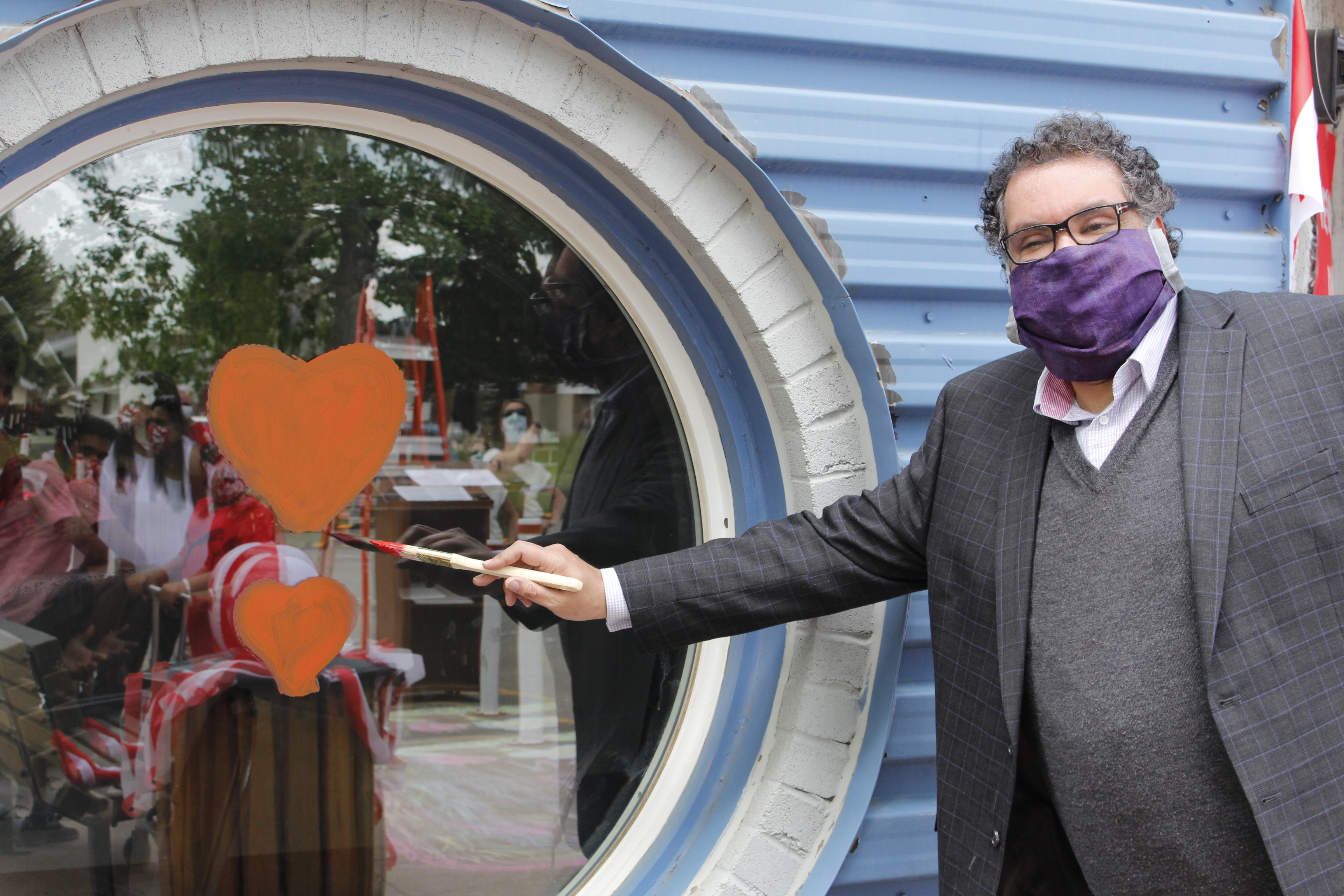 Mayor Nenshi said from the start, one of the things he would miss about the coronavirus pandemic, was our ability to participate in Neighbour Day.

Neighbour Day is the third Saturday every June. It was declared after the overwhelming community effort after the 2013 Calgary floods.

The City is asking Calgarians to still celebrate virtually, or by decorating their property or their homes.

The mayor joined volunteers at a safe distance to decorate the Whitehorn Community Centre building by painting the window. There were decorations on the doors, entrance, and pavement of the association’s building.

The mayor encourages families to decorate their own space, whether it’s their yard, balcony, window or door, with a red and white theme.

He joked with the volunteers about how he hasn’t been to the center for an event since their 40th anniversary in 2016.

“I think I’ve been here for other events, non-Whitehorn events since then,” said the Mayor.

Nenshi celebrated with volunteers by holding up the Canadian flag and embracing the red and white theme of the decorations.

Neighbour day will be celebrated in the city on June 20th.  The city encourages citizens to share Neighbour Day celebrations social media using the hashtag #yycNeighbourDay.