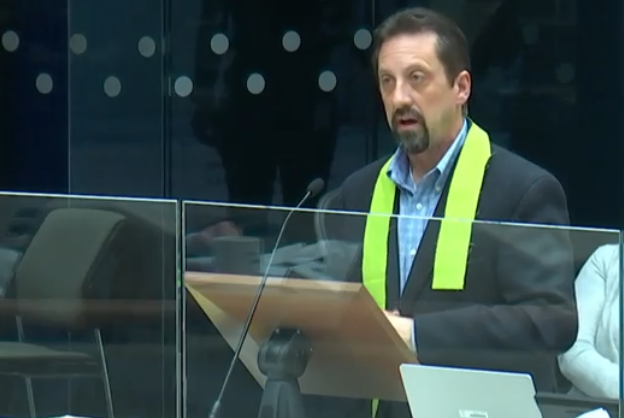 Unionized City of Calgary workers could be spared the 2021 cut to retirement allowances depending on the status of their collective bargaining agreement – and a city union leader expects it to come up in negotiations.

Coun. Sean Chu questioned administration on the issue at Monday’s combined meeting of council. There, Chu asked for clarification on what exactly would happen with the retirement allowances.

“And even though I want it, and some of my colleagues wanted it to end today, obviously, it’s not going to happen because we agreed on December 31, 2021,” Chu said.

Council had voted 13-1 on Dec. 20 to abolish the allowances at the end of 2021. And, that will likely be the case for management exempt City of Calgary employees. For the city’s unionized workers, however, it will be a matter for collective bargaining, the city said.

City manager David Duckworth said a response for councillors was circulated prior to the Christmas break, outlining the options the city had. He reiterated that in council.

“This could mean that payments go beyond 2021 for unionized employees only,” Duckworth said, adding that new exempt employees with the City of Calgary would no longer have the retirement allowance, effective Dec. 17, 2019.

The city’s full legal briefing was included as a part of the council meeting agenda package. It outlined the different employment scenarios as it relates to the retirement allowances.

D’Arcy Lanovaz, with the Canadian Union of Public Employees (CUPE) Local 38 representing the city’s inside workers, said the retirement allowances will be a bargaining chip in upcoming negotiations. CUPE 38 said they’ll give notice of their intent to bargain in the fall of this year, with their current contract set to expire in January 2021.

“Based on the responses I’ve received in my office over the last several weeks, yeah, I fully anticipate that our members will expect us to try and bargain it,” Lanovaz told LiveWire Calgary.

He said he’s reluctant to get into the hypotheticals of how bargaining with the city will play out, but each side will deliver their proposals and go from there.

“Quite a large proportion of the information that we’ve received from our membership is that they’re quite angry. They feel like council, there was an implicit deal here and that council has reneged on it and hasn’t really given very good rationale,” Lanovaz said.

He also said that had the city tried to ram it through, eliminating it for city unions without going through collective bargaining, they would have challenged it legally.

“We would have taken every effort through the legal system – grievances, arbitration and court process to protect the rights of our members,” Lanovaz said, adding that he’s surprised, even with the legal opinion, that the city proceeded with their December vote.

A page from the same bargaining playbook

Lanovaz said he’s heard it all before.

“Every time we go into negotiations, this employer makes the same comments, ‘we’re in a tough spot, we’ve got budgetary problems and we want you employees to sort of take it in the teeth,’” he said.

Lanovaz said he’s heard from other city unions and they’re expressing much the same sentiment.