Don’t know how to vote in Calgary? This group can help you 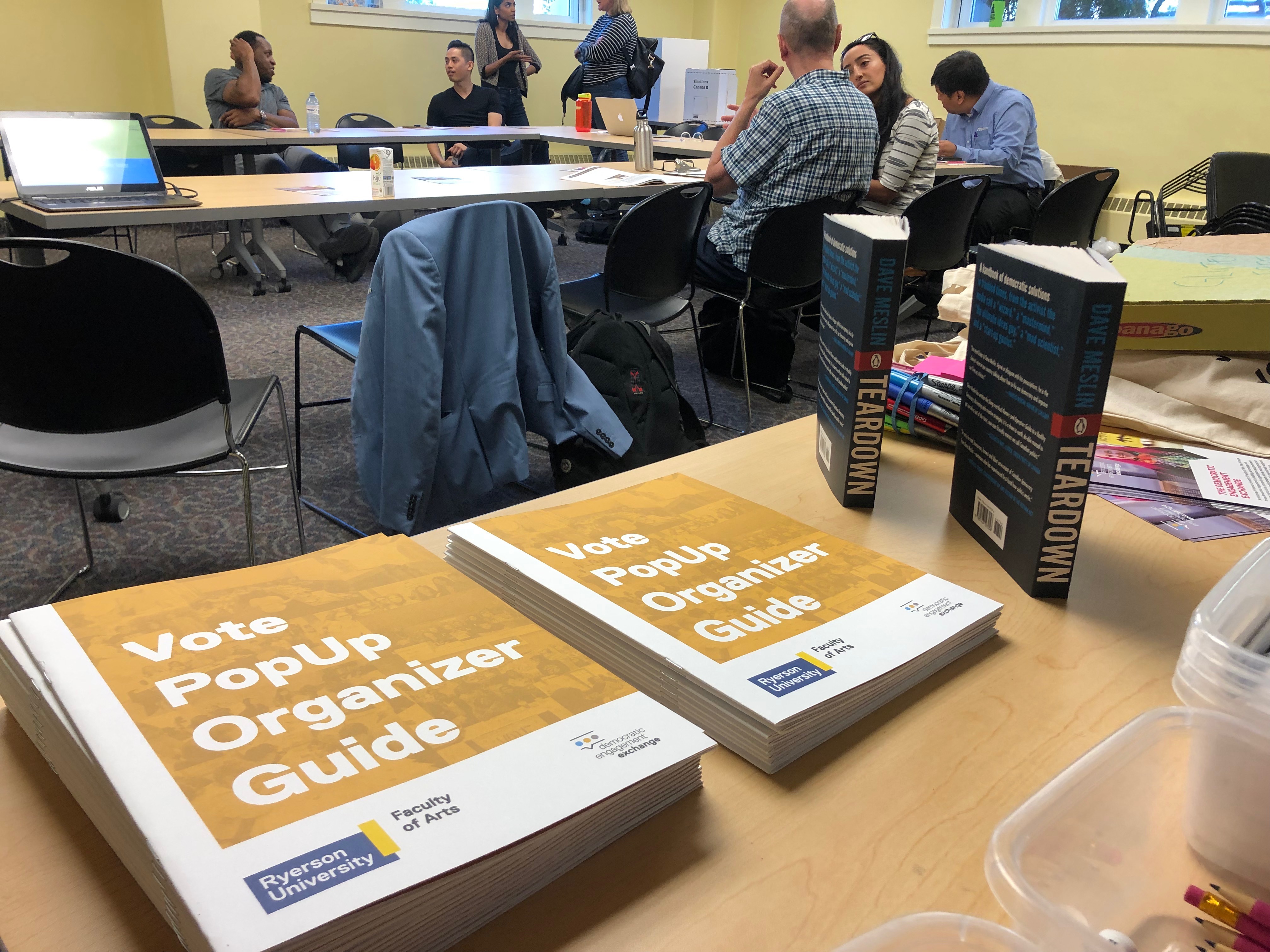 In the basement of Calgary’s Memorial Park library, more than a dozen community leaders and political junkies gathered to learn one thing: How to vote.

Or more specifically, how to teach others how to vote.

With the federal election near, John Beebe with the Democratic Engagement Exchange said voting can be daunting.

“For many folks who’ve never participated in elections the process itself can be really intimidating,” said Beebe.

“It’s actually incredibly easy to vote in Canada, but most people don’t know that if you haven’t done it.”

The Democratic Engagement Exchange is a program run out of Ryerson University in Toronto, Ont. The goal is to drive political engagement by partnering with universities, community organizations and government agencies to create policies and programs to promote inclusive democracy.

One of those programs is Vote PopUp training. Its focus is teaching community leaders to organize simulated polling places to demystify the voting process, hear people’s concerns and aspirations and build a culture of engagement.

The group says in the 2015 federal election more than nine million eligible voters didn’t cast a ballot. Since then, more than 750,000 new citizens became eligible voters. Beebe said he wants to engage with all of those people.

“If you’re someone who has experienced marginalization, who is in a vulnerable situation or who feels like your voice isn’t heard, here’s a chance where you can come in and have as big a voice as anywhere else,” Beebe said.

That’s something Maz Walters said brought him to the Vote PopUp training. He just moved to Calgary from Ontario and wants to engage with his new community.

“I just want to get more involved. I know politics and voting is very important to the community, and I know I can help shape our society in the future through this,” he said.

As for how many attendees will actually organize a Vote PopUp in Calgary after the training session, Beebe said that’s up to those in the room to decide.

The team behind Vote PopUp training is bringing the workshop to various cities across Canada, including Edmonton, Vancouver and Whitehorse.