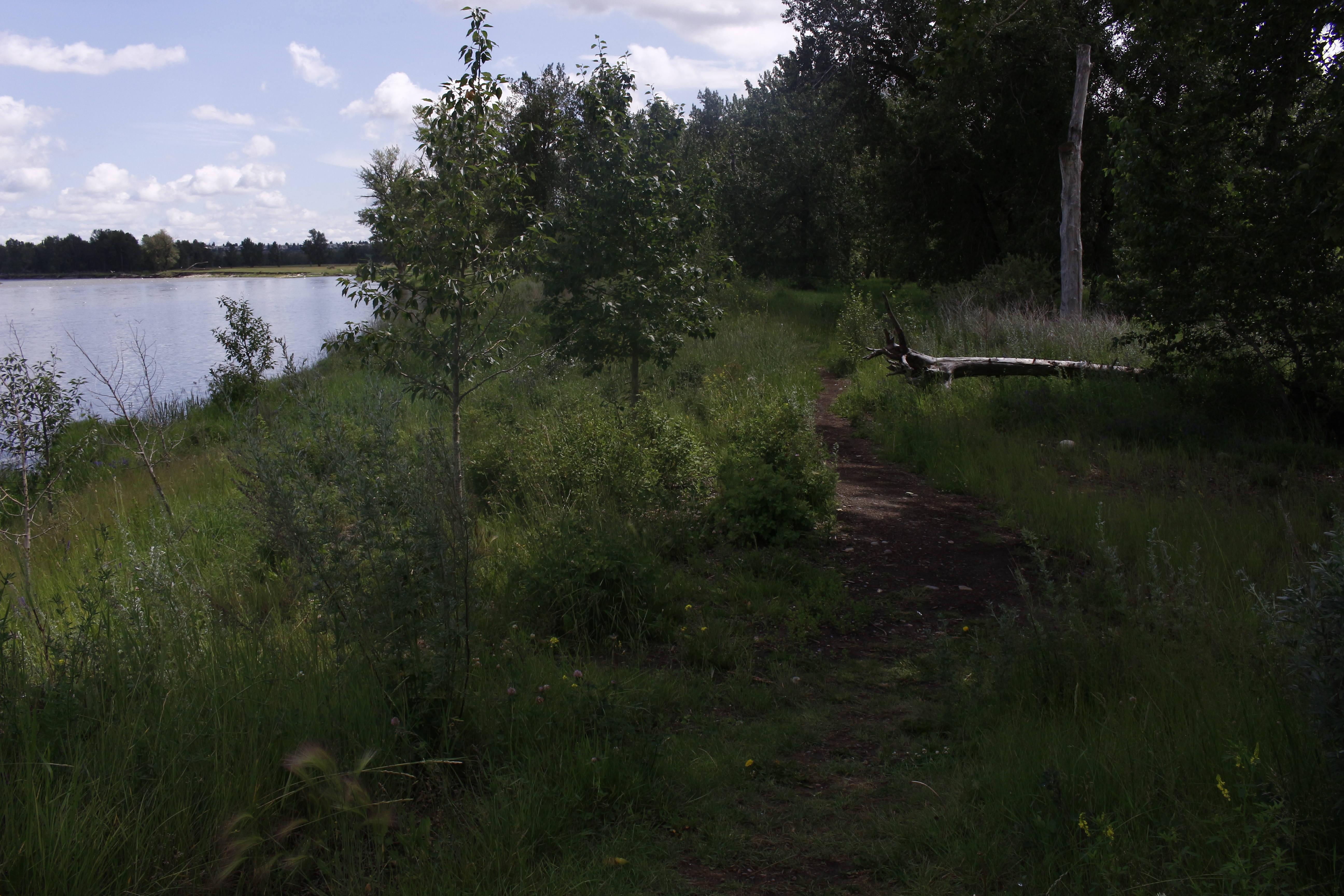 The 2013 floods were devastating to many Calgarians, but one member of the community actually benefited from the high water: Poplar trees in Fish Creek Park.

But now, according to Shana Barbour-Welsh, Program Coordinator for Friends of Fish Creek Provincial Park, poplar trees aren’t regenerating the way they should.

After the 2013 floods the group noticed baby poplars starting to pop up along the new river bank. But the trees didn’t last until the next season and that, said Babour-Welsh, is the problem.

“They only live for 120 years, or something like that, and a lot of them are getting to that age,” said Barbour-Welsh

“It’s a very important wildlife quarter. So we need to see that beginner establishment, and it’s just not quite happening as we’d like.”

Julia Millen, acting community and partners team lead for the Kananaskis region for Alberta Parks, said spring floods help poplar trees to establish because when the river bed changes at the same time poplar seeds are being released.

The seeds, Millen said, are deposited on the new sediments that the changing river bank stirs up. That then allows the seeds to germinate.

“As the water flow subsides after the flood the little roots can follow down and keep up to the water as it gradually subsides down and so then they really get established,” said Millen.

What is stopping the trees from regenerating?

For new poplar trees to establish and start growing they need direct sunlight, which they’re not getting.

Currently, Fish Creek is home to the tall reed canary grass, but that wasn’t always the case. The grass was brought over by Europeans in the late 1800s to help with cattle ranching. It’s an invasive grass and is part of the reason why poplar trees are struggling to regenerate.

This tall grass is blocking out the sun and creating shade on baby poplar seedlings.

“I don’t think there’s anything anyone can do about [the grass] because it’s been there over 100 and however many years.”

There’s also the issue of park goers walking along the river bank where poplars are meant to seed and stamping down the bank were poplars need soft sediment to take root. To combat that problem Friends of Fish Creek is roping off certain areas of the park to stop humans from accessing them. The process is called rewilding and you can read more here.

Both Millen and Barbour-Welsh said the situation doesn’t mean there’s going to be no poplar trees left in the park. But, according to Barbour-Welsh, the tree population declining was cause for concern.

Poplar trees, she said, are an integral part of riparian areas and are the highest in terms of biodiversity seen worldwide. Those areas offer a large amount of habitat for animals.

“The riparian zones mark that transition between water and land and so there’s a lot of different kinds of plant species that you’ll see that you won’t see in other areas,” said Barbour-Welsh.

A part of the natural succession of the area are poplar trees, which contribute to the habitat’s lifecycle.

According to Barbour-Welsh the trees not regenerating as they should would create small changes that would affect the whole riparian ecosystem.

Friends of Fish Creek and Alberta Environment and Parks are working to grow more poplar trees in the park. Barbour-Welsh said the biggest thing people can do to help is to be aware of the impact they have in the park when they visit.

People can also volunteer with Friends of Fish Creek to help plant trees in the park.