Out with the old, in with the New Forum 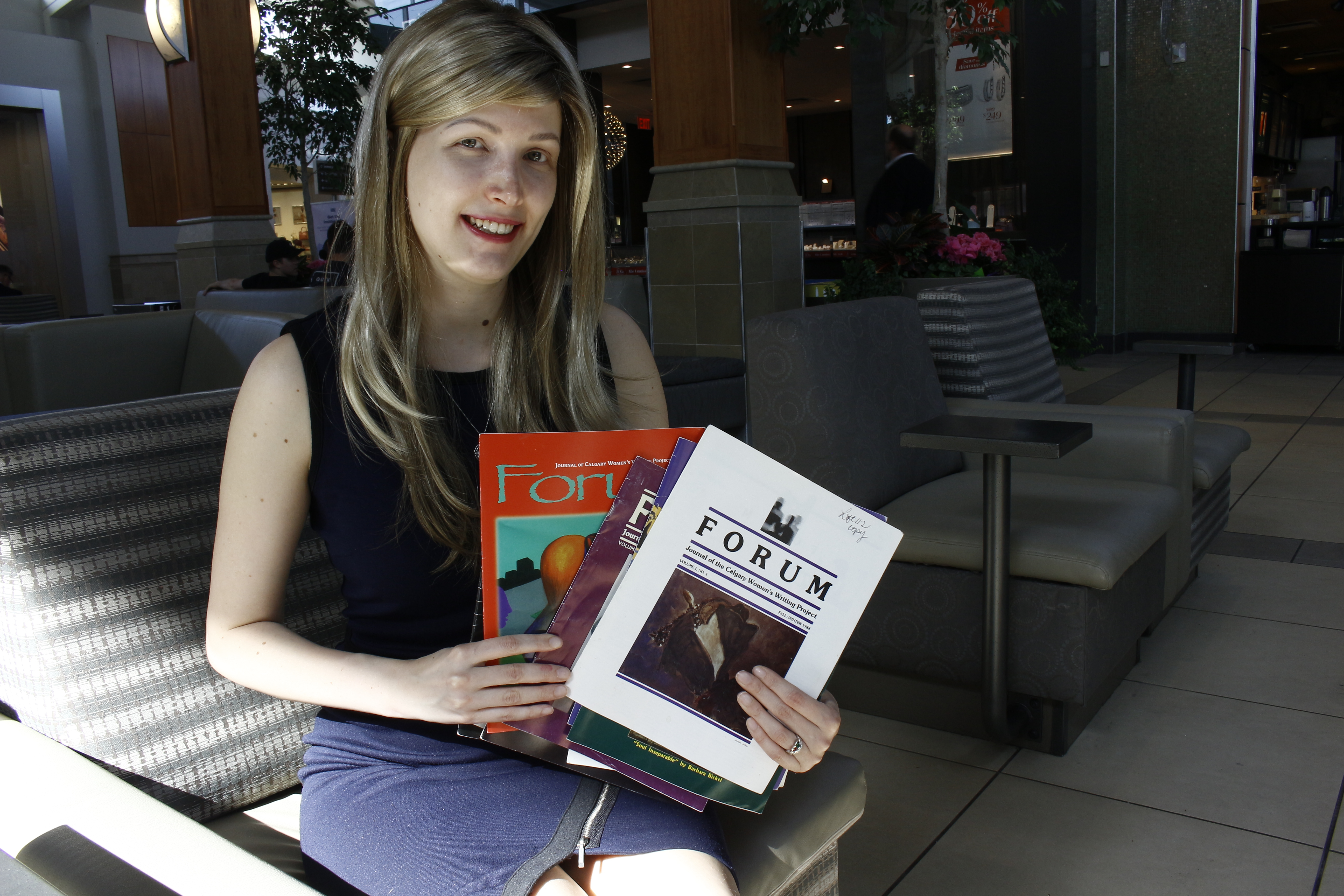 Wandering around the University of Calgary campus in 1988 students might have seen a young woman riding naked on a horse like Lady Godiva.

Students might then have read about the Lady Godiva Rides in the inaugural issue of the Calgary magazine Forum. Again, back in 1988.

Vivian Hansen, then co-founder of the original Forum, said the engineering students behind the rides may have considered them a form of liberation.

But, it’s because of these Lady Godiva rides that the magazine was created.

“The first issue was really big because we were responding to the Lady Godiva Rides around campus,” said Hansen.

“There was nothing on campus – U of C campus – that was related to women at all. We were being coached by academic women who had a lot of power and they were the influence of what we wanted to say, and [telling us] ‘don’t ruffle any feathers.'”

The original Forum magazine ceased publication in 2002. Old copies were gathered up and the final edition wasn’t even circulated, said Hansen. They were put in the back of a closet, where they sat until Hansen re-discovered them while cleaning, 16-years later.

Silvia Pikal, co-founder and editor in chief of the re-launch: New Forum, said the strong ideals the magazine puts out are still needed here in Calgary.

“My hope is that we won’t need feminism in 50 years, but today is different.”

While creating the re-launch, the New Forum team studied the original publication. Work in the first issue of New Forum was inspired by pieces in the original magazine.

Some original contributors, like Lori Hahnel, came on board to write for New Forum. Hahnel wrote a short story for the original publication and in New Forum, readers are getting a sequel.

Pikal said she gave contributors different topics of interest and would ask them if they were excited to write about any of them.

“I really wanted to see what they [contributors] came up with and what inspired them,” said Pikal.

Topics range from menopause, to social activism being strengthened by social media, to the impact from the loss of a contributor’s Blackfoot language.

Feminism: Then and now

Hansen said she has seen feminism grow and change over the past 30-years.

When Forum started out, feminism was very cut and dry, she said. The movement was about work and equal value. Liberal feminism was the name of the game and Hansen said the original Forum creators weren’t aware that the movement, even then, was growing and evolving.

She said feminism today is more focused on the inclusivity of marginalized groups and rethinking privilege. According to Hansen, this was something the original Forum was lacking. Ultimately, it was the reason the publication stopped circulating.

“I think we needed to take a long hiatus from pulling together and talking about feminism which really wasn’t terribly inclusive back then,” she said.

Forum put out an Indigenous issue, but Hansen said they struggled to get Indigenous contributors.

Hansen said she’s glad to see the discussions have changed to include these issues. Feminism, she said, has reached a new level.

“We can be a little more receptive, I hope, to marginalized people who are calling us out on privilege,” Hansen said.