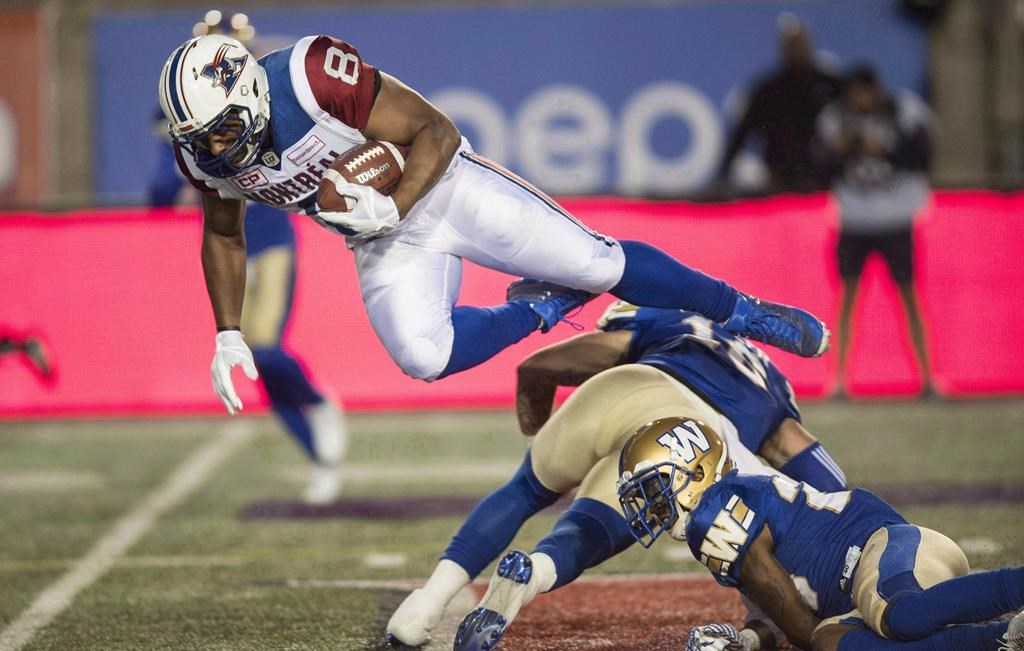 CALGARY — Nik Lewis is retiring as a member of the Calgary Stampeders.

The CFL’s career leader in receptions signed a one-day contract with Calgary before announcing his retirement on Friday.

Lewis played the last three seasons with the Montreal Alouettes after suiting up for the Stampeders for 11 years.

Lewis was CFL rookie of the year in 2004 after completing his college career at Southern Arkansas.

“Nik was an important player for this organization for many years and it’s fitting that he retires as a member of the Stampeders,” Stampeders president/general manager John Hufnagel said in a statement.

“In particular, I recall Nik’s outstanding performance in the 2008 Grey Cup — 11 catches for 122 yards — to help us win a championship. His accomplishments on the field speak for themselves as Nik was certainly one of most popular players in Stampeders history with our fans. We celebrate his career on this day and wish him all the best for the future.”