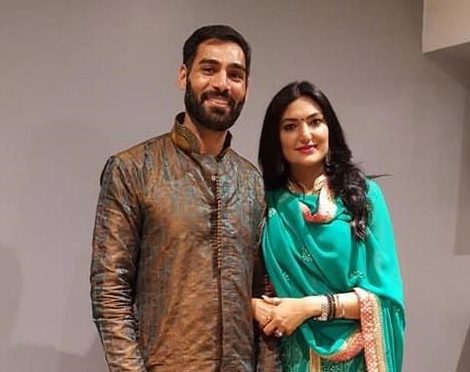 CALGARY — Three members of a Calgary family are dead and three others are injured after a highway crash during a trip to visit relatives in Texas.

The Texas Department of Public Safety says Upinderjit and Jasleen Minhas were travelling with their three children and Upinderjit’s mother on Saturday when their minivan collided with a semi-trailer truck northwest of Amarillo.

The department says their southbound van entered a northbound lane of the undivided highway and collided with the oncoming truck.

Upinderjit Minhas, who was 38, died in hospital while his six-year-old son, Mehar Partap Minhas, and the man’s 68-year-old mother, Nirmal Kaur Minhas, died at the scene.

A funeral will be held in Texas this weekend to honour the three people killed, while another service will take place at a Sikh temple in Calgary in the coming weeks.

Several friends and relatives of the Minhas family from Calgary and Toronto have gone to Texas to be with Jasleen and her daughters. The younger girl has since been released from hospital.

A relative, Avi Jaswal, said the family had elected to travel at night during their trip in an attempt to avoid the midday Texas heat. She said the young father was affectionately known as “Happy” and would have celebrated his 39th birthday in the coming days.

“Upinderjit was the life of the party. He was always happy and he always tried to help everyone.”

Jaswal said Nirmal was a “wonderful lady” and Mehar was “a cute kid” who adored his sisters and would constantly follow them around.

The truck driver, identified as a 57-year-old man from Amarillo, was taken to hospital in non-life-threatening condition.