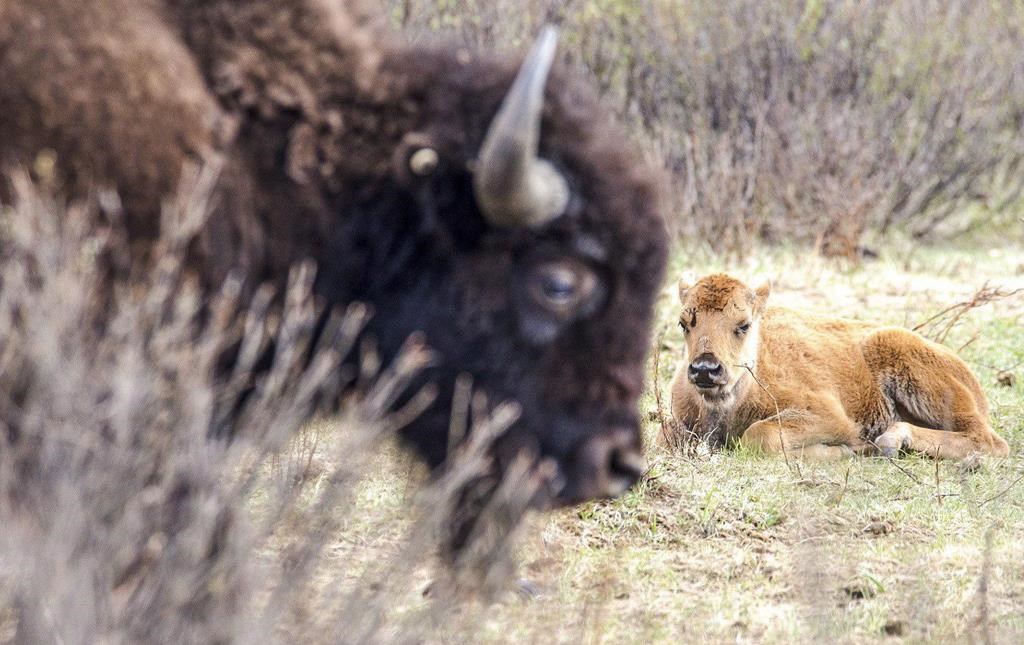 BANFF, Alta. — Several Indigenous elders are to be flown by helicopter into the backcountry of Banff National Park today for a blessing ceremony as officials prepare to let recently reintroduced bison roam free.

The trip organized by Parks Canada is part of the overall plan to release the bison into a larger area of the park.

The animals disappeared from the region before the national park was created in 1885.

No one from Banff National Park was available for an interview, but officials said in a statement that they are committed to recognizing the spiritual, cultural and historical importance of bison to Indigenous people.

“Parks Canada has invited representatives of each Treaty 7 Nation and the Metis Nation of Alberta to participate in a private blessing ceremony on July 16, 2018, at the bison reintroduction zone in Banff National Park’s Panther Valley,” said the statement.

“This ceremony is one of many events that have been held at key milestones in the bison reintroduction project.”

One of the elders going on the trip said he is happy to participate in another ceremony for the bison.

“Before they brought the buffalo over there, our people blessed the park to welcome the buffalo back to the area,” said Leroy Little Bear, an elder with the Blood Tribe, or Kainai First Nation, in southern Alberta. “This is all part of the process of letting the fences down.

Elders participated in two previous blessing ceremonies — one on the shores of Banff’s Lake Minnewanka in September 2016 and one in Elk Island National Park in January 2017.

Sixteen plains bison from Elk Island were reintroduced to Banff the following month. Six bulls and 10 females were transported in crates by truck and helicopter into a fenced pasture in the remote Panther River Valley, about 40 kilometres north of the town of Banff.

Each of the females had calves last spring, which brought the herd to 26 animals. Most of the females are expected to give birth a second time this year, but the calving season has been later than normal.

The bison are to be released into a larger 1,200-square-kilometre reintroduction zone on the eastern slopes of the park later this summer.

There will be short stretches of fencing to keep the bison from wandering out of the park.

Little Bear has also been involved with the Buffalo Treaty, an alliance of groups intent on bringing wild bison — historically known as buffalo to Indigenous people — back to their native habitats as a symbol of First Nations culture.

“The dream of our elders is to have buffalo return any which way,” he said. “We’re excited about seeing them.”

— By Colette Derworiz in Edmonton