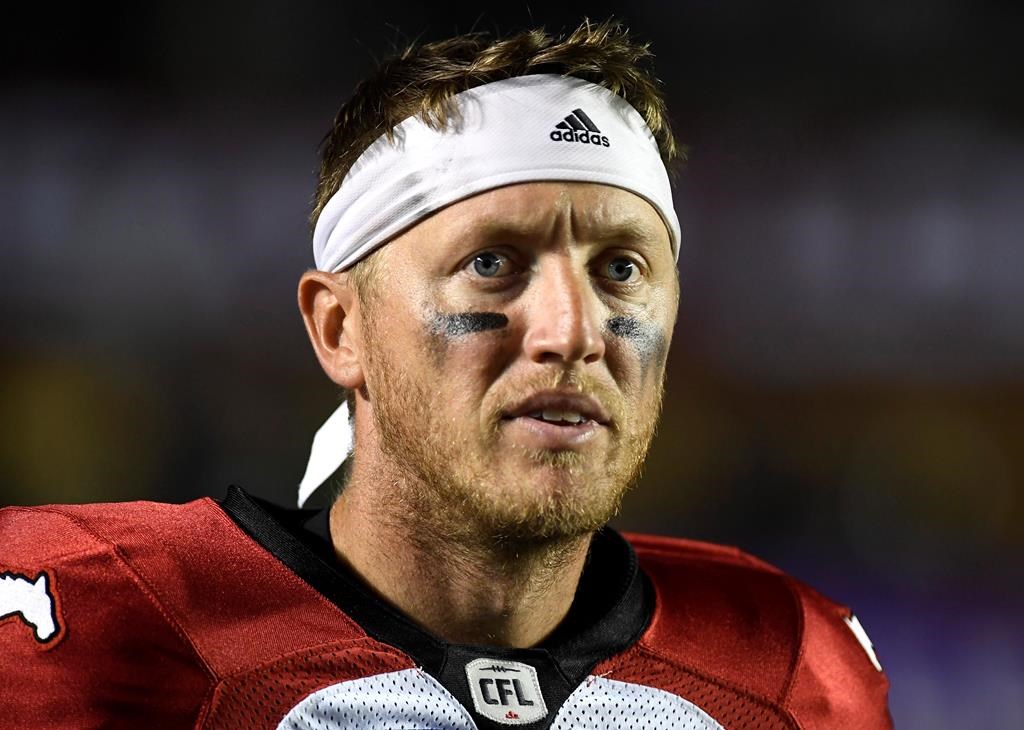 CALGARY — Bo Levi Mitchell was back on the practice field Friday.

The Calgary Stampeders quarterback attended the team’s rundown Friday, one day after its dominant 27-3 road win over the Ottawa Redblacks. But Mitchell only watched as he wore a sleeve on his injured right knee.

Mitchell was injured with just over five minutes remaining in the second quarter when he was hit low by Ottawa defensive lineman Danny Mason, who received a 15-yard roughing the passer penalty. Mitchell did get up and was limping but remained in the game for three more plays as Calgary capped the drive with a Rene Parades 17-yard field goal to go ahead 17-0.

Mitchell went to the dressing room before Calgary’s next possession and didn’t return to action. He returned to the sidelines in the second half and watched the remainder of the game in uniform.

Mitchell, the CFL’s 2016 outstanding player, was 16-of-21 passing for 166 yards and one touchdown before being replaced by Nick Arbuckle.

Mitchell was scheduled to undergo medical tests Friday but was optimistic he didn’t suffer any serious damage in his knee. He also felt Mason, a former Stampeder, didn’t intentionally try to hurt him.

“I know Danny Mason, so I know he’s not trying to take shots or go after anybody,” Mitchell told reporters Friday. “When you see it on the film it doesn’t look good as far as the way he went down but I think he’s just playing hard.”

“It’s football,” he said. “There’s going to be injuries sometimes, unfortunate ones that can’t be prevented.

“The refs made the call. I’m sure that Danny doesn’t feel great about it either.”