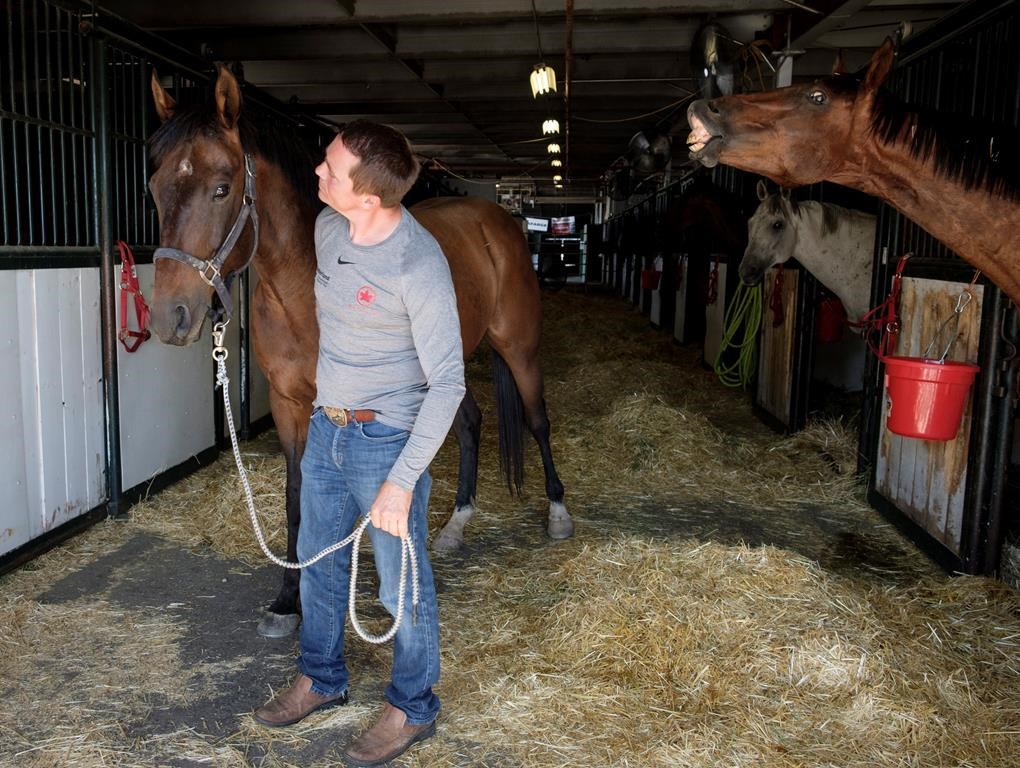 CALGARY — Researchers are studying whether a device used in hospitals to test the blood of severely ill people could also be used to measure the physical fitness of horses competing at the Calgary Stampede.

The handheld machines have been used this week to test the blood of outrider horses before and after chuckwagon races that are a nightly feature of the 10-day celebration of cowboy culture.

The readings can tell the horses’ trainers whether the animals are working too hard or not hard enough.

“We want to use it as a stall-side tool regularly to monitor the training of those horses,” said Renaud Leguillette, an equine internal medicine professor at the University of Calgary.

The machines are widely used in hospitals to test levels of ammonia, a key marker for human patients with serious liver issues.

But in horses, the amount of the chemical helps point to the animal’s athletic performance. The more ammonia, the more power is being delivered to the horse’s muscles without using oxygen.

“If you have a poor performer, then it’s one of the multiple parameters we use to understand why is this horse not performing as well as he should,” said Leguillette.

“The horses usually start well in the race, but they have a hard time finishing. And so they’re running out of gas.”

The blood is drawn from the horse’s jugular vein. In a demonstration Thursday, Leguillette inserted a syringe into the neck of Zoe, one of chuckwagon driver Mark Sutherland’s outrider horses. Zoe was placid as the vial was filled.

Normally, the researchers would draw blood when Zoe is fresh off the track as well.

“We like to have a baseline when the horse is resting and then we need a blood sample as soon as possible after high-intensity exercise.”

The tests are done on outrider horses — separate from the group pulling the wagon — because they finish later and so have less time to cool down right after the race, minimizing the chance of an abnormally low ammonia reading.

Sutherland said he was keen for his horses to take part in the research.

If the concept proves out, Sutherland said a test that can provide more information will be valuable.

An outrider horse on another team had to be euthanized after Wednesday’s chuckwagon race because the animal had fractured its lower front leg.

“Given the physiology of a horse, it’s just not something that they can recover from,” Stampede spokeswoman Kristina Barnes said Thursday.

“That’s a decision made between the veterinarian and the owner of the horse. It’s never an easy decision and not taken lightly.”