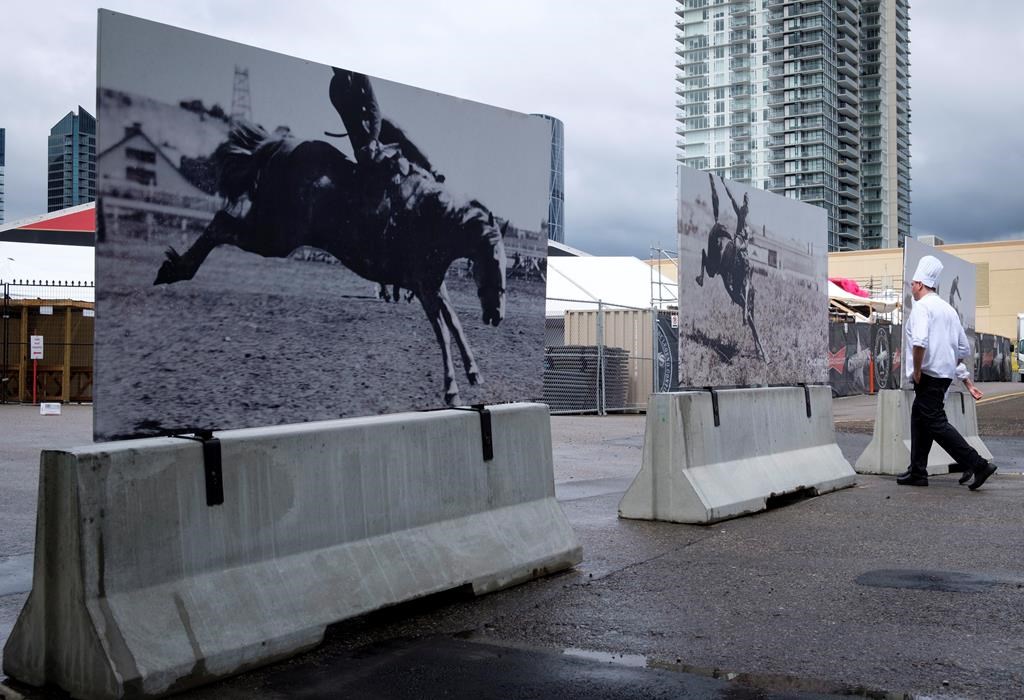 CALGARY — The Calgary Stampede is bringing in new security measures to prevent people from using vehicles as weapons, but most people probably won’t notice any changes.

The Stampede begins Friday and will run for 10 days. During that time, the exhibitions grounds will become the equivalent to Alberta’s third-largest city with more than 100,000 visitors a day.

“You’ll note that there are some changes at the entrances. Some of them you’ll see that are very visible and some of them more show up as landscaping,” Tom Sampson, chief of the Calgary Emergency Management Agency, said Tuesday.

Where there was once a clear path at the main entrance to the Stampede grounds, there are several large cement planters filled with flowers.

“A combination of cement barriers, but again trying to make them look more in line with the decor of the Stampede,” Sampson said.

“We’re fully aware of the requirement for vehicle mitigation and mitigating vehicle attacks and steps will be taken to ensure that would be most difficult.”

Sampson said organizers looked closely at terrorist attacks in Canada as well as in the United States and Europe, especially those in which large vehicles were used as a weapon to run down pedestrians.

He said the security threat across Canada has been at medium for a long time and it’s unlikely to go any higher at the Stampede.

“There is nothing, I understand from police, nothing to indicate that anything at the Stampede is above that level whatsoever, so it should be a good and safe Stampede. But at the same time, our job is to plan for the worst and expect the best.”

Stampede spokesman Jim Laurendeau said there will be both walk-through and wand metal detectors used on bags being brought into the park. There will also be dozens more video cameras added to  hundreds already in place.

It won’t just be terrorists that organizers will be watching for — Mother Nature is on the radar as well.

“We do have a weather station and weather-monitoring equipment here at the park and a meteorologist here as well. We’re in constant contact with Environment Canada and others. We pay a lot of attention to the weather at Stampede time,” said Laurendeau, vice-president of park planning and development.

“Weather events are the most frequent public safety issue that we handle. We’ve had a few weather events over the last 106 years to perfect our practices.”