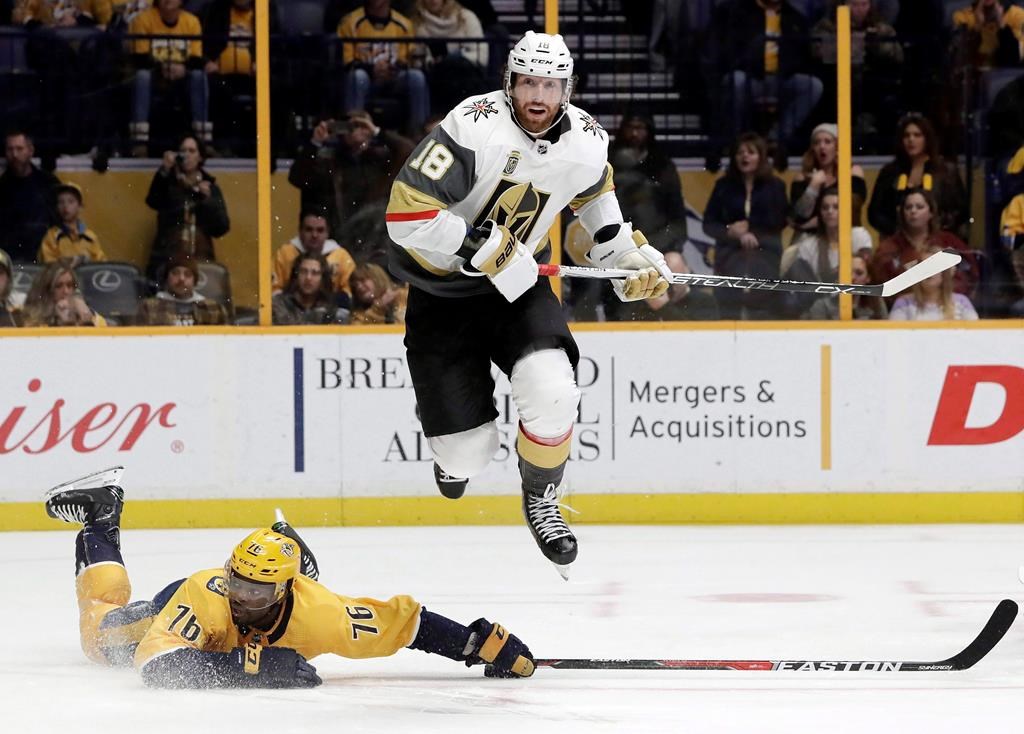 CALGARY — The Calgary Flames have added a much-needed sniper to their lineup, signing proven scorer James Neal on Monday.

The deal is worth US$28.75 million over five years with an annual average salary of $5.75 million.

Neal is coming off a run to the Stanley Cup final with the Vegas Golden Knights, putting up 25 goals and 44 points in 71 regular-season games before adding six goals and 11 points in 20 post-season games.

Neal can either slide right into Calgary’s top line alongside Johnny Gaudreau and centre Sean Monahan or play second line with centre Mikael Backlund and Matthew Tkachuk. Flames coach Bill Peters will have some options with recently-acquired winger Elias Lindholm being the other option on one of those two lines.

Calgary missed the playoffs last year for the seventh time in nine seasons in large part due to its lack of scoring. The Flames were 27th in goals scored and struggled heavily on the power play, finishing 29th.

Neal, who will turn 31 in September, adds some post-season experience to a team in need of it with 100 career playoff games including back-to-back Stanley Cup appearances, first in 2017 with the Nashville Predators before the Golden Knights’ magical run in their inaugural season in 2018.

The Flames will be Neal’s fifth team. The Whitby, Ont., native was originally drafted by the Dallas Stars 33rd overall in 2005 and has played with the Pittsburgh Penguins, Nashville and Vegas.

The six-foot-two 221-pound Neal will be receiving a slight raise from his last contract, a six-year US$30 million deal signed with the Penguins in 2012, and will be the fourth-highest paid player on Calgary behind Gaudreau, Monahan and captain Mark Giordano.