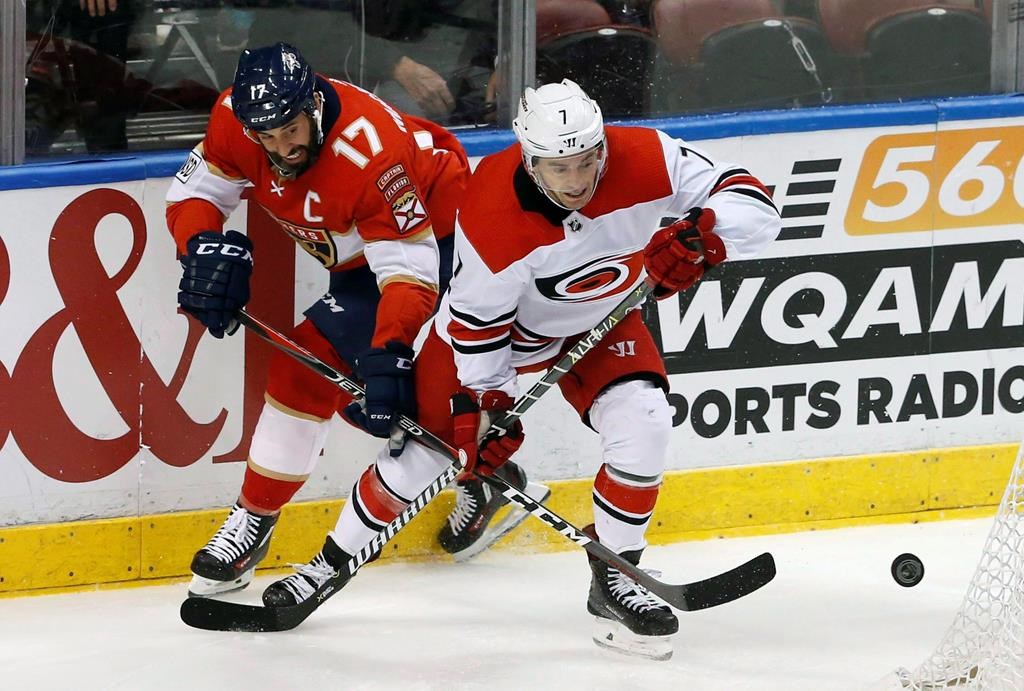 Ryan, five foot 11 and 170 pounds, totalled 28 goals and 41 assists over the last three seasons with the Hurricanes.

Ryan’s contract with the Flames is worth US$9,375,000, according to Sunday’s statement from the team.

Calgary also agreed to a two-year, $2.5-million contract with Austin Czarnik. The 25-year-old from Detroit compiled five goals and 12 assists in 59 games for the Boston Bruins over the last two seasons.

New Flames head coach Bill Peters coached Ryan, Lindholm and Hanifin during his tenure coaching the ‘Canes. Peters also coached Ryan from 2005 to 2007 when he played for the Western Hockey League’s Spokane Chiefs.

Ryan scored four goals and collected three assists for the United States in a bronze-medal effort at this year’s world hockey championship.

He was among the three finalists in 2017 for the NHL’s Masterton Trophy that goes to the player who exemplifies the qualities of perseverance, sportsmanship and dedication to hockey.

Ryan played four seasons at the University of Alberta and four years in Europe before scoring a goal in his NHL debut at age 29.

Calgary also extended the contract of defenceman Dalton Prout for one year for $800,000.

The 28-year-old from Kingsville, Ont., had two goals and seven assists in 34 games last season for Calgary’s AHL affiliate, the Stockton Heat.