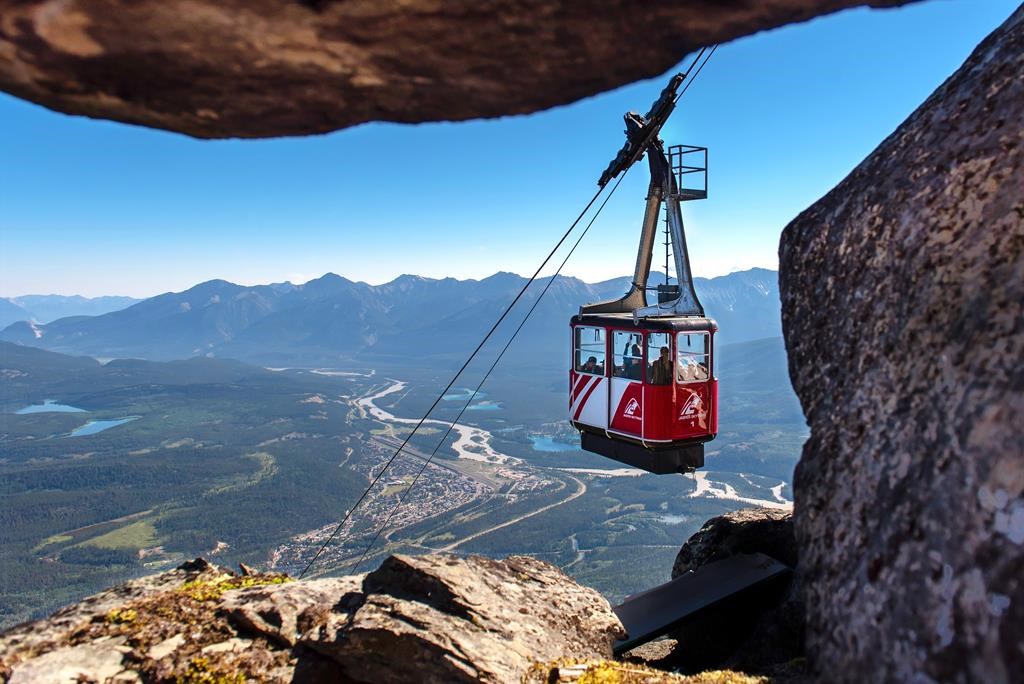 JASPER, Alta. — Dozens of people were flown off a mountain in Jasper National Park by helicopter after they were stranded by a power failure that stopped a tramway.

About 160 people, including 10 staff, were stranded either on the top of Whistlers Mountain around 4 p.m. Monday or on the tram.

Officials say they were able to use an auxiliary power source to get those riding on the tram to the top.

Ski Marmot, the tram operator, then brought in two helicopters to get everyone off the mountain.

Some people were flown off Monday night and the rest were picked up Tuesday morning after spending the night at a building on top of the mountain.

The Jasper Skytram is described as the highest and longest aerial tramway in Canada.

“We had a storm blow in,” said Brian Rode, the company’s vice president of marketing and sales. “With those gusts and that wind, we ended up getting a few power surges and spikes in town.

“That affected and hit one of our circuit panels … and that caused the Skytram to shut down.”

He said no one was hurt, but noted they will conduct a review to see what went wrong and whether it can be prevented.

The Skytram, which was built in 1964, remains closed.

Ski Marmot said it hopes to reopen the popular tourist attraction in time for the Canada Day long weekend.