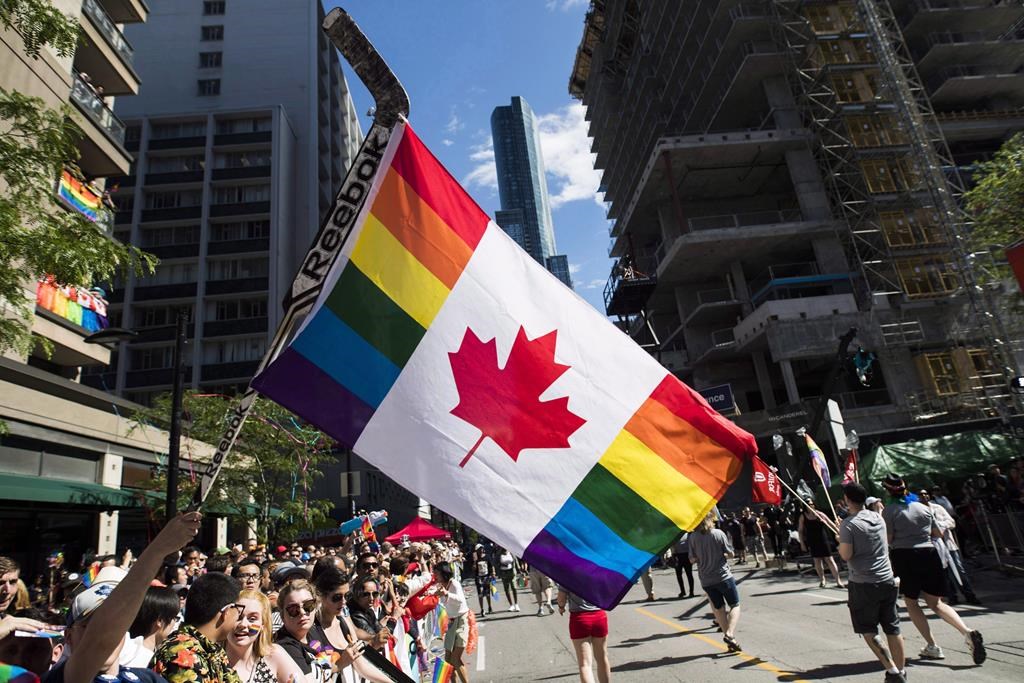 MEDICINE HAT, Alta. — The first court challenge of an Alberta law that bars schools from telling parents about their children’s involvement in gay-straight alliances echoes some of the debate over legalizing same-sex marriage more than a decade ago, says one LGBTQ advocate.

Arguments are to be heard in Medicine Hat, Alta., today on behalf of dozens of parents and independent faith-based schools wanting the legislation to be put on hold until there is a ruling on its constitutionality.

Leading the challenge is the Justice Centre for Constitutional Freedoms, which argues keeping parents out of the loop violates charter rights including freedom of religion and expression.

Kristopher Wells, an assistant professor in the University of Alberta’s faculty of education, said he’s troubled by some of the language used in the court filing.

“Certainly these arguments are no different from when same-sex marriage was legalized and how that was going to lead to bestiality and polygamy and how it was a slippery slope,” said Wells, who is faculty director with the university’s Institute for Sexual Minority Studies and Services.

“Their methodology and tactics haven’t changed. Just the battleground has shifted.”

Wells said the possibility of the challenge being successful is not his primary concern.

“I’m more worried about the rhetoric and the damage it does to LGBTQ youth when they have to hear these kinds of ridiculous, outdated stereotypes.”

The legal challenge was filed in April in response to the ban passed by Premier Rachel Notley’s government late last year.

The challenge says parents are alarmed at the “climate of secrecy” the legislation has created.

“The impugned sections of the School Act have stripped parents of the ability to know fully where their children are, who they are involved with and what they may be encouraged to think or do,” it says.

“Children have a right to be protected and supported by their own parents, by way of the parents’ constitutional right to parent, counsel and protect and come to the aid of children who may have been pressured, coerced or compelled either emotionally or sexually against their wills.”

Two of the parents who signed the complaint say their autistic teenage daughter joined a gay-straight alliance and was convinced to dress and act like a boy at school. The challenge says the girl became suicidal before her parents learned of “confusing influences” at school.

The Alberta government and others have argued that schools shouldn’t inform parents if their children join the peer groups because there is the potential to “out” them to guardians who may not be accepting.

Justice Centre president John Carpay said teachers and principals should be able to decide whether it’s appropriate to contact parents.

“There are a handful of parents who will beat their kids for coming home with a bad report card,” he said. “Do you respond by withholding all report cards from all parents and keeping all parents in the dark about their child’s progress in math and reading and science?”

The government’s law doesn’t distinguish between a teen approaching adulthood and much younger children, he added.

“There’s no nuances in the law. That’s the big problem.”