Gondola proposed across North Saskatchewan River in the middle of Edmonton 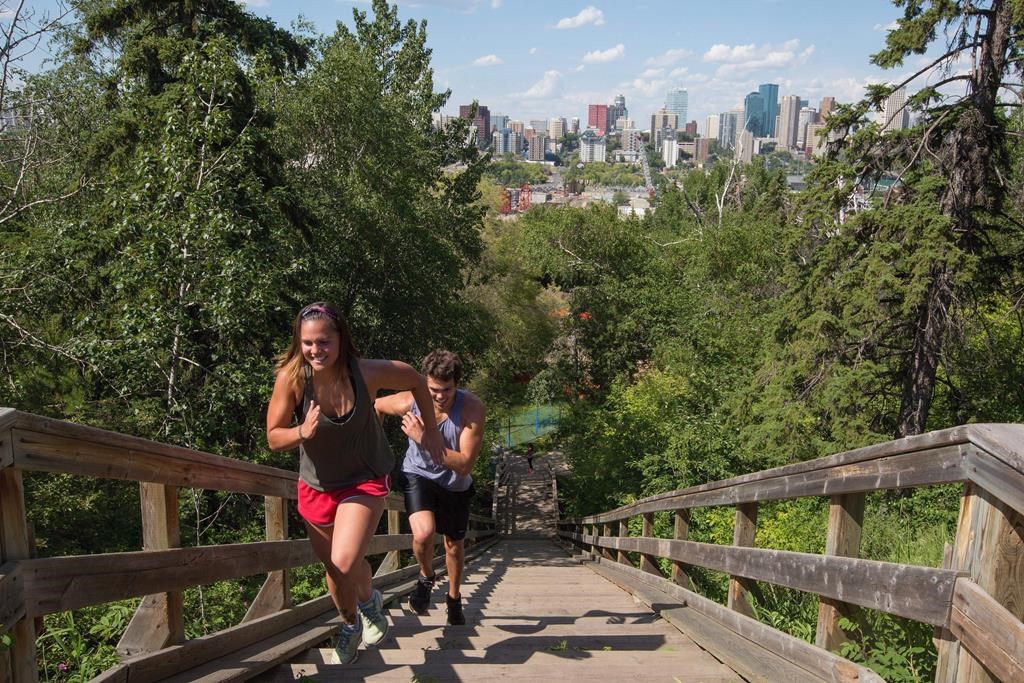 EDMONTON — An idea to build a gondola across Edmonton’s river valley is getting some support this week — despite criticism it would be “nice to have” rather than truly necessary.

In a report going to the city’s urban planning committee Tuesday, the Edmonton Transit System advisory board recommends further study into the possibility of stringing urban cable cars across the North Saskatchewan River.

It suggests the gondolas could connect the downtown on the river’s north side to Whyte Avenue, a popular street with bars, restaurants and boutiques in the south-side Old Strathcona neighbourhood.

Sean Lee, the advisory board’s chairman, said the idea of a gondola over the city’s deep, heavily treed river valley has been debated on and off for years.

“It’s popped up now and then,” said Lee, adding the board started looking at the most recent idea in late 2016.

Enter a group of investors who started The Edmonton Project and put out a call last August for residents to submit their ideas for an attraction in the city.

A gondola connecting downtown and Old Strathcona was proposed by Gary and Amber Poliquin.

“My wife and I are both runners,” said Gary Poliquin. “We run in the river valley all the time.”

They had seen gondolas during their travels and wondered if they could work as a commuter option in Edmonton.

Poliquin said a gondola would be quieter than another bridge, have a lower environmental footprint and be easy to build within a year.

The idea won the contest and led to a renewed debate in the city.

Some have criticized it on social media and in newspaper editorials, suggesting it would be a waste of money and could have a similar fate as the city’s new funicular — a cable car that goes up a hillside in Edmonton’s river valley. It has regularly broken down in harsh weather.

Others — including business groups in the downtown and Old Strathcona, the River Valley Alliance and private investors — are on board.

“It was the right idea at the right time,” said Poliquin.

The report from the advisory board agrees that an urban gondola would provide “high-capacity, efficient and cost-effective mass transit over one of Edmonton’s most challenging topographical areas.”

The board suggests a gondola would be well-suited to moving large numbers of people as the city grapples with ways to increase transportation across the river valley and better connect downtown and Old Strathcona.

It says some of the gondola’s benefits include a reduction in traffic congestion, speed and efficiency, reliability, and high passenger capacity at between 4,000 and 6,000 people an hour in each direction — the same number as 2,000 cars or 100 buses.

The gondola would allow mobility aids, strollers and bicycles.

The report suggests it would take up a small footprint, work well in the winter and could be completed in under 12 months once approvals were in place.

“It started to make a lot of sense,” said Lee.

Limitations would include the inability to operate at wind speeds over 70 km/h, limited stops for passengers, difficulty in rescuing people if the power failed and privacy concerns for residents in communities passed over by the hanging cars.

No exact cost has been determined, but The Edmonton Project has estimated that a similar route would run between $20 million and $60 million.