Calgary election: Several ward races went down to the wire 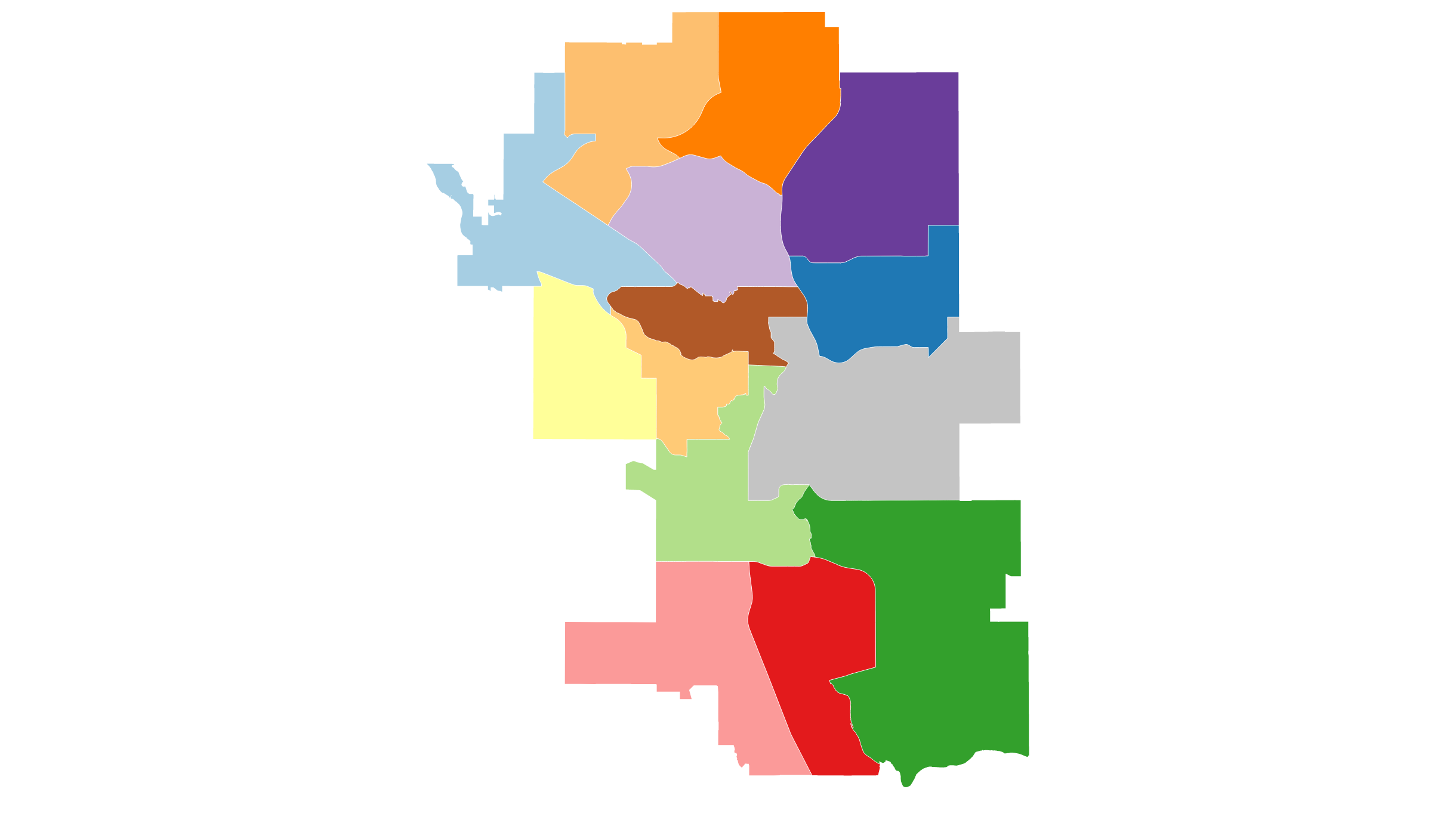 Polls are closed and Calgarians have had their say as the results trickled in for the 2021 Calgary municipal election.

On the heels of an advanced vote that was twice that of 2017, Calgarians came out in reasonable numbers.  Those numbers were likely buoyed by open competitive races in most of the city’s 14 wards.

Several new councillors were elected as part of the 2021 Calgary city council, with only three (so far) of the 15 members returning. One of those was the mayoral winner – Jyoti Gondek.

Here’s more on the ward races.

Sonya Sharp emerged as the winner in Ward 1. Sharp is a former City of Calgary employee who handled much of the small business portfolio in the city.

Sharp was locked in a battle with Steve Webb and Chris Blatch but eventually came out as the winner.

"I had such a great team around me, a small team, including my husband, who managed my campaign full time."

Sharp began door knocking on August 10, and throughout the process, she said she's come to know many great residents of Ward 1. She's now more motivated than ever to go to work for those who trusted her.

"I'm ready to have their back at chambers," she said. "It's time to get some serious work done."

First up on her agenda will be developing a clear and transparent communication strategy between city hall and her ward.

It's something she says is necessary because constituents know their communities best.

"We need to have these voices at the table," said Sharp.

"You can't have them at the table, physically, but you can have these ongoing conversations through proper channels through your office."

Kim Tyers and Jennifer Wyness dueled in this north Calgary ward, as incumbent Joe Magliocca may have been hindered by recent RCMP charges.

In the end, it was Wyness who prevailed.

"You feel so grateful for the support you get, because you can't do this alone," she said.

"I just want to give everybody a hug but due to COVID I can't."

Wyness won the Ward seat over Kim Tyres, who came in second, and incumbent Joe Magliocca who came in at a distant third. She says going to prioritize the needs of the residents of ward 2 that have been ignored for so long.

"I want to get the community associations together and get them connected to where they've wanted to get connected to for the last four years," she said.

"They haven't been acknowledged or helped in the way they've needed."

The communities want representation from someone who will listen to them, said Wyness, and she believes this is a turning point for the ward.

Ward 3 was a hotly-contested area of the city, with four candidates who emerged as front runners. Jasmine Mian eventually won the seat formerly held by mayor-elect Jyoti Gondek.

Having represented Canada on the Olympic stage, Mian said she recognizes the significance and importance of advocacy and representation.

"It's a role to represent people and advocate for my constituents," she said.

"And I am very honoured to have this opportunity."

Collaboration will be key for Mian in Ward 3. It's something she said the city needs more of to move forward.

"We've elected 15 people who are going to help navigate Calgary through some very difficult challenges," she said.

"I hope that we can sit down as a team, and set the very strategic priorities on the basis of not just what I have heard from Ward 3, but from what everyone across Calgary is asking for."

That means prioritizing our pandemic and economic recovery, finding way to get services in Ward 3 and building infrastructure in that area.

Ward 4 swung to DJ Kelly early on, but the winds changed and put Sean Chu in the lead. As of late Monday evening, Chu held a 706 vote advantage.

It's unclear what's next in Ward 4, as mayor-elect Jyoti Gondek said she would encourage some sort of action if Sean Chu were to be re-elected. That, in light of continued stories surfacing around a 1997 incident involving a 16-year-old girl.

After a count early Monday morning, Sean Chu remained the victor in that contest. However, the margin of victory was 52 votes. There are no provisions in the Local Authorities Elections Act to request a recount based on a narrow margin of victory.

Any recount initiated by the City of Calgary's returning officer would be due to a valid ballot objected to, or rejected ballots where a vote was cast. It could also be called if there was an administrative error.

In the former ward of outgoing George Chahal, who left to pursue life as a federal politician, Raj Dhaliwal was the victor.

Dhaliwal beat out the former Chahal staffer Stan Sandhu and Aryan Sadat to seal the win.

Pootmans told LiveWire Calgary in an unpublished interview that he felt his experience outside the city council arena in economic development over the past several years would help him in his role representing Ward 6 again.

"It's in my blood, and so I'm really talking about it a lot in the fields and with residents and thinking that's the keys to the kingdom," he said.

In Ward 7, Terry Wong charged up the middle with both Erin Waite and Heather McRae close behind.

Wong won with just 25 per cent of the vote. Waite and McRae had 23 and 21 respectively.

"From the beginning, I’ve said that we must embrace and cultivate the aspects of Calgary we love, while being unafraid to challenge the parts of this city that can be better," the post read.

"We all agree that Calgary is a city of promise, but it is a promise for which we must be relentless in our pursuit. Today we will start the important work of building Calgary for the future together. I am excited to lead this work as your Ward 8 City Councillor."

Ward 9 went down to the wire. It was one of the few wards in the city that re-elected its incumbent candidate but was too close for comfort for some.

"We knew it was going to be a tight race," said re-elected Ward 9 councillor Gian-Carlo Carra.

"But we did not think it was going to be quite as close as it was."

He eventually won the race by 158 votes. It's unclear if there will be a recount requested.

Carra said he was both relieved and excited to have kept his seat and is looking forward to working with a council he said clearly represents Calgarians' decisions.

During an election that has seen more than a 70 per cent turnover among councillors, the veteran councillor believes he will play a vital role in making sure that the municipal government is operational and collaborative.

But he said he isn't making plans just yet.

"I'm here to support (mayor-elect) Jyoti, in framing how this Council works together," he said. "And providing some of that stability and institutional knowledge and veteran strength on an incredible roster."

In Ward 10, a familiar face was elected once again.

Andre Chabot will once again represent a ward he served previously. Chabot left political life for a time after he failed in his Calgary mayoral bid in 2017.

Chabot won with 33 per cent of the vote, with Abed Harb finishing second at 28 per cent.

In Ward 11, longtime Haysboro Community Association president and tech and innovation champion Kourtney Branagan prevailed. Branagan won with 28 per cent, followed closely by Rob Ward with 26 per cent of the vote.

"The night basically ended with me hitting refresh on my screen waiting for that last poll to make it official," Branagan told LiveWire Calgary.

"I am so proud of the team who have supported me and given countless hours reaching out to residents. I am encouraged and look forward to getting to know my new colleagues and community leaders in the coming days."

That left one of his former staff members to carry the torch forward. Evan Spencer took on Craig Chandler and Steven Phan, and dispatched of that duo, winning by more than 4,500 votes.

In one of the incumbent upsets, Dan McLean won over - not Diane Colley-Urquhart - but Jay Unsworth in Ward 13.

In one of Calgary's most secure ward races, Peter Demong surprised no one by winning his race handily with 66 per cent of the vote.