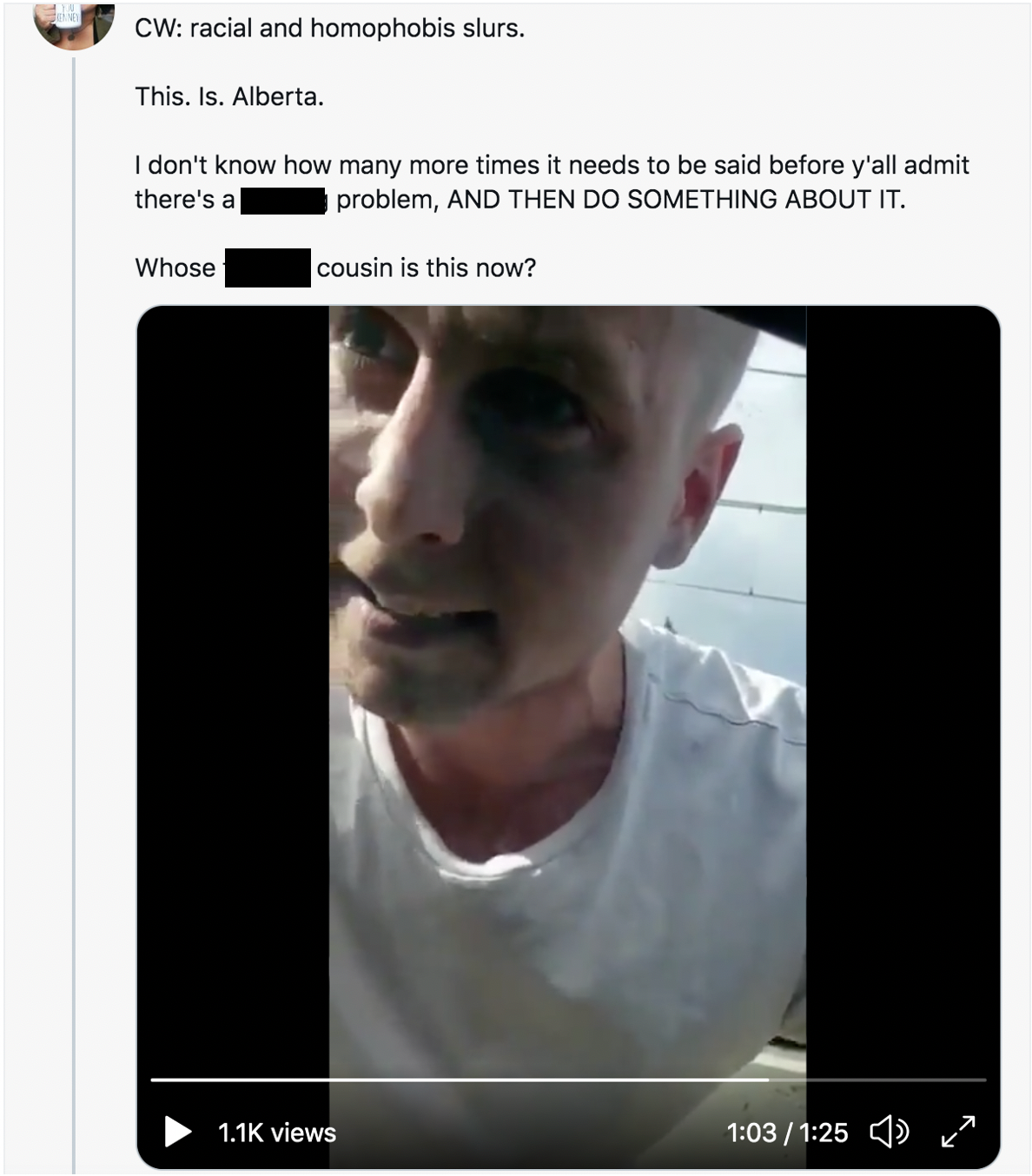 WARNING: We have linked to a video shared on social media of the incident. It contains graphic language and could be extremely offensive to some viewers.

A southwest Calgary road rage incident led to charges against one man, and Calgary police are investigating whether it was hate-motivated.

On May 26, 2021, a man driving his car on Bow Trail SW was going 20 under the 70 km/h speed limit, police said. An F-150 truck tailgated the man in the car and honked his truck’s horn. The driver of the car applied his brakes, causing the driver of the truck to drive in front of the car and come to a complete stop, according to police.

Camera footage showed the man exiting his truck and pounding on the car window with his fist while cursing. Returning to his truck, he backed up against the flow of traffic and positioned himself behind the car while yelling out his window, according to police.

The car tried to drive away, but the driver of the truck pulled in front and stopped. The truck driver exited his vehicle again to bang on the car’s window and yell at the driver.

The man called the car driver a “terrorist” and stated he had a picture of “Allah and Muhammad” in his truck, before ripping the windshield wiper off the car. The suspect then returned to his vehicle and drove off, police said.

Shortly after, officers arrived and reviewed the video captured by the victim. The driver of the F-150 was identified, and officers attended his residence where he was arrested and charged.

Alex John Hudson, 27, has been charged with mischief to a motor vehicle and will appear in court on Wednesday, July 7, 2021.

The investigation is ongoing. The initial altercation is believed to have resulted from road rage, police said. They’re investigating whether hate-motivated bias contributed to the interaction.

Calgary police Const. Craig Collins, the Hate Crimes Coordinator with the Calgary Police Service, said incidents where people are targeted for their race or culture have a significant impact on the community’s sense of safety.

Calgary police define hate-motivated crimes as an offender being motivated by bias, prejudice or hate.

“We take these concerns very seriously and work with our various cultural and racialized communities to offer support while the investigative process is underway,” Collins said.