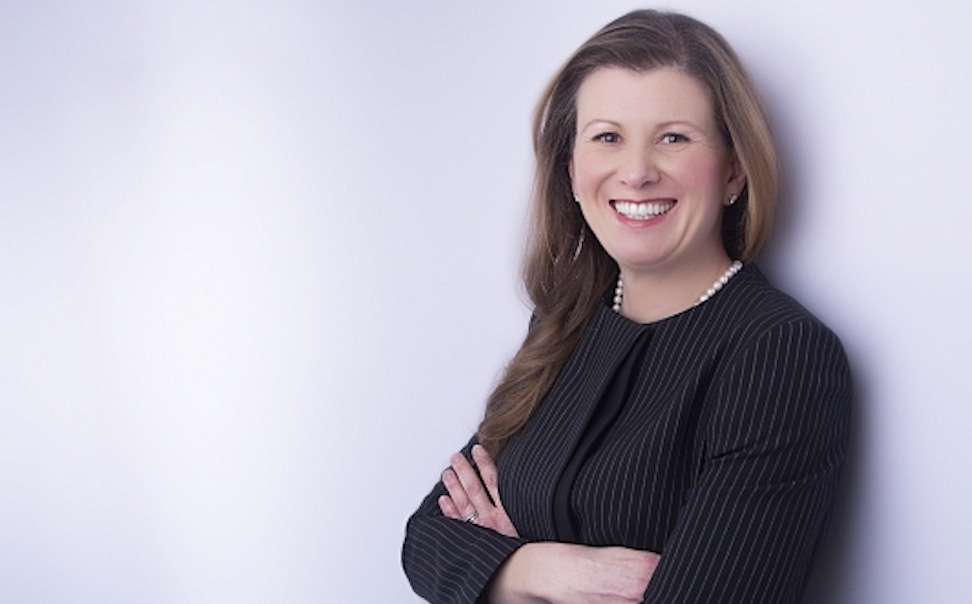 Natalie Winkler said there’s a chance for city council to restore trust with citizens this upcoming municipal election and she wants to be a part of it.

Winkler has launched her campaign in Ward 8, one in a growing list of candidates to replace the outgoing Coun. Evan Woolley. Woolley decided earlier this year he wouldn’t be running again.

The issue of trust is something she’s heard in talking with residents in her ward and around Calgary. But, it was the March Guidebook public hearing that spurred her into action.

“After listening to Calgarians voice their concerns for the three days about the Guidebook, I knew I couldn’t sit on the sidelines anymore,” Winkler told LiveWire Calgary.

“I just had to run for council. So, I decided to run. Essentially, it’s an opportunity to fix what needs to get fixed and then pass the position on to another qualified candidate.”

Winkler is Vancouver born and was initially trained as a journalist having graduated from Carleton University. She moved to Calgary in 2005 to attend law school at the University of Calgary.

She’s lived in Ward 8 for nearly 20 years and Winkler said residents in the area feel like their voices aren’t being represented at city hall.

“They feel that no one is listening, and the city does what they want despite overwhelming opposition,” Winkler said, raising the recent Richmond Green park discussion.

Downtown plan is a top priority

Winkler said she think most Calgarians, along with residents of Ward 8, would like to see a thriving, vibrant core.

“Everybody would love the vacancy rate to drop and the land values to increase – there’s 14 per cent of the city’s property tax values,” she said.

Her concern is that the plan doesn’t have enough kick to it in the early going.

“I think people worry that it’s going to take 10 years, at least. That’s the estimate and cost about a billion,” she said.

“What can we do in the interim?”

Winkler would like to see Calgary take advantage of more affordable housing in the downtown and tap into what makes the city unique.

She believes if the city takes advantages of its strengths, it will attract both businesses and talent to the city, boosting the economy.

But rather than try to copy other cities and how they’re creating a downtown, it’s got to be a Calgary-specific solution.

“Let’s be different and let’s work with our great qualities,” Winkler said.

Get on with the Green Line

She said construction of the transit line is critical to the downtown revitalization. It will put thousands of Calgarians back to work. Not to mention it will offer vital connections to citizens in Calgary’s southeast and the north-central region. And, it will take hundreds, if not thousands of cars off the road daily.

“It’s really important for council to cooperate with the provincial government, no matter which party is calling the shots to secure the funding we need to get this going,” Winkler said.

“Money has already been spent on (enabling) infrastructure, so we need to proceed on this in the most efficient and cost-effective manner.”

She likened it to the description during the recent Guidebook debate. It may not be an exactly perfect plan, but it’s good enough to get going on it.

“Stop being divided by political ideologies and leanings and let’s do what’s best for the city,” she said.

On another infrastructure project in the area, the Events Centre, Winkler said she wants to see it move ahead in a fair manner. If there’s are changes to the $550 million deal, she’d like to see if there can be more creativity used to help secure a better deal for the city.

Winkler said she supports the reallocation of funding to mental health and addiction services. This will aid the work of the Calgary police.

“I think that an armed response is not necessary for every call,” she said.

An integrated response, one that involves supervised consumption sites and outreach units like the DOAP team, is critical for police work to succeed, Winkler noted.

“How we cover those needs of the community will be really important as we grow, and to make everybody feel safe and answer the needs of our community,” she said.

On fluoride, which will likely be on Calgary’s municipal ballot as a plebiscite question, Winkler said she’s relying on the information from her dentist. She said they’ve told her there’s no negative effects.

“What it will do is help decrease the number of cavities we’re seeing in our children’s teeth,” she said. She wants Calgarians to do the appropriate research to make an informed decision this fall.

On residential speeds, Winkler said Ward 8 is in a unique position because much of the community has on-street parking. That has a natural speed-reducing effect on traffic.

She said the few residents that have brought it up haven’t seen it as an issue.

“I question the amount we’re paying to replace the signs. But what residents would like to see is the money spent on traffic-calming measures or enforcement,” she said.

Winkler said with all of the issues, the underlying theme she hears is trust. Many think there’s a break in that trust with city hall, she said.

“I feel that I can help restore the trust, which will help improve quality of life and attract businesses to invest in Calgary,” she said.