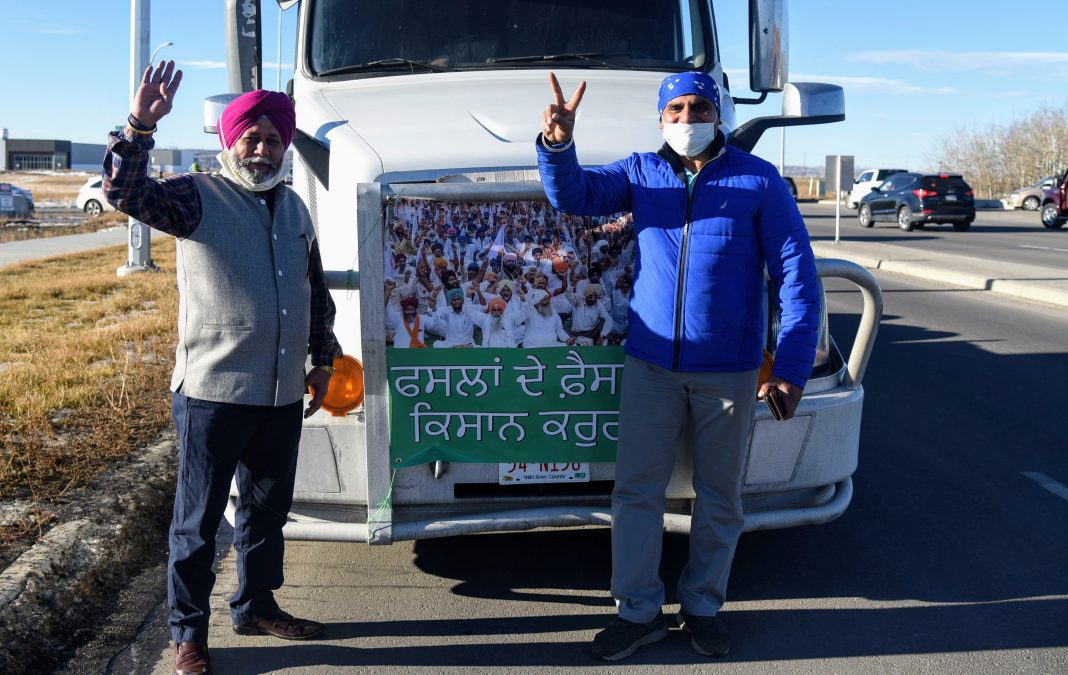 Members of Calgary’s Indian community took to the streets on Sunday to protest agricultural laws in India they say are detrimental to small farmers.

Many people with strong ties to both Punjab and other regions in India are supporting thousands of farmers in that country who are involved in mass protests outside Delhi. They’re fighting new laws that could change their industry and impact their livelihoods.

Some Calgarians still have land in rural India and the change in laws has direct impact on them.

Maninder Tiwana is the daughter of a Punjabi farmer. She immigrated to Canada in 2019.

While growing up, she noticed how hard it was for her father to make ends meet for her family.

“It was a struggle,” she said.

“We could barely make ends meet.”

Tiwana added that her father owned 25 hectares of land (just over 60 acres), which would not classify him as a small farmer.

But even with that amount of land, he still had difficulties.

According to the Punjab government, 86 per cent of farmers in India are considered small (owning 2 hectares of land or less).

The new laws would be crippling to both farmers and the entire country Tiwana said. More than half of India’s 1.3 billion population is connected to agriculture and farming.

In September, three new laws were passed. They deregulated Indian agriculture by encouraging farmers to sell directly to companies.

Indian Prime Minister Narendra Modi said the laws will let farmers set their own prices and allow them to sell crops to private businesses, ultimately giving them more freedom.

But farmers are worried it will leave them vulnerable to exploitation by corporations and hurt them financially. Before these laws, farmers relied on selling crops direct to the government at guaranteed prices.

According to the Punjab government, in 2019, 536 farmers took their own lives due to hardships with the current laws.

Tiwana says that the new laws heavily favour corporations and disregard the needs of small farmers.

She’s worried that many like her father will be soon be wiped out due to these new laws.