Calgary’s Dino-man scales mountains to fundraise for the community 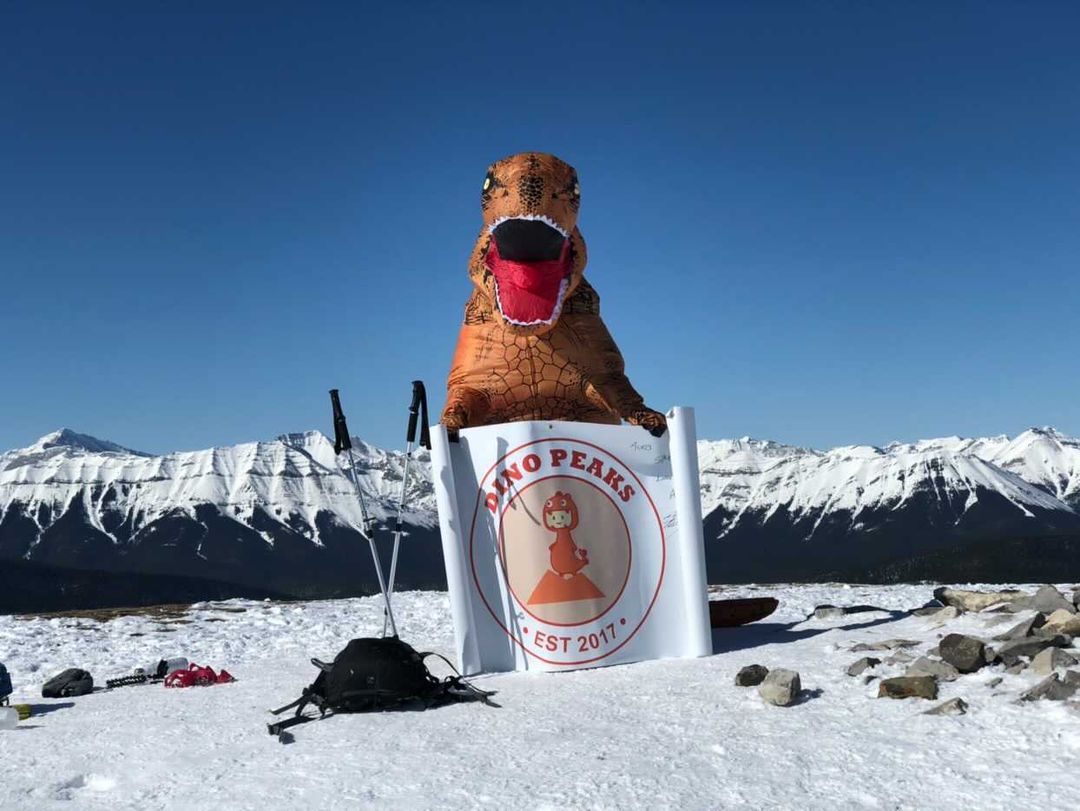 It all started as a way to make others laugh and smile.

After raising more than $2,000 for different charities, Richard Pastores is motivated to carry on.

On Tuesday, Pastores was on his way to completing his third annual Dino Peak fundraiser. (Midway through his hike he encountered a bear and decided to postpone to the following week.)

Pastores has been hiking in dino-form since 2017.

While going through a period of depression and anxiety, he wanted to make others around him happy. He thought if he did that he could feed off of their energy.

“I told myself, what’s the point in being miserable,” he said.

“I prefer my friends around me to be happy.”

So, he borrowed his friend’s dinosaur costume, and put it on for a hike they had planned.

“Along the hike, everyone we saw was like ‘holy, there’s a dinosaur,’” said Pastores.

“And when I had good feedback, I decided to make it a thing.”

Motivated by the joy of others

Pastores said he’s always had a soft spot for kids. After his friends’ daughter saw him in dino-form on a hike, it made her want to go up with him.

The idea to raise money for charities came soon after.

“The joy on this kid’s face made me want to start a fundraiser,” he said.

“If I can manage to make someone say, ‘that’s the best thing that’s happened,’ that’s my goal, because I know I would have made an impact.”

Pastores approached Kids Cancer Care Calgary, and through a fundraising hike, he raised $1,100 for the organization.

“It’s just like, a good feeling that I’ve managed to help a couple of families,” said Pastores.

“So I just wanted to do it on a yearly basis.”

He has raised money for Kids Cancer Care and the Make-a-Wish Foundation. Tuesday’s hike was a fundraiser for the Calgary Food Bank.

The future is bright for the dino-man. He has ideas and is in high demand within the community.

“I have a family that wanted to see me at their birthday,” said Pastores.

“I’m thinking I need to learn something other than taking people up a mountain.”

So don’t be surprised if you see a dinosaur at your local grocery store in the near future!