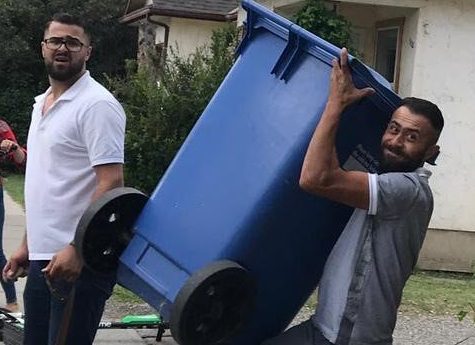 Two men have been charged in what Calgary police believe was a hate-motivated assault.

The incident occurred on Aug. 3, 2020, at 5:30 p.m., when a same-sex couple was walking near the intersection of 9 Street and Memorial Drive NW when two men and two women on electronic scooters approached them.

A physical and verbal altercation occurred between the couple and the group riding the scooters, police said. According to police, a belt, rocks and a recycling bin were used as weapons and then the group fled.

The investigation has been reviewed by The Calgary Police Hate Crimes Coordinator and it has been determined there is enough evidence to support a hate bias motivation for this offence.

The case will proceed as a hate crime file and be designated to a Specialized Crime Crown Prosecutor.

The Calgary Police Hate crimes coordinator reviewed the evidence and determined that there was enough evidence to support a hate-based motivation for the attack.