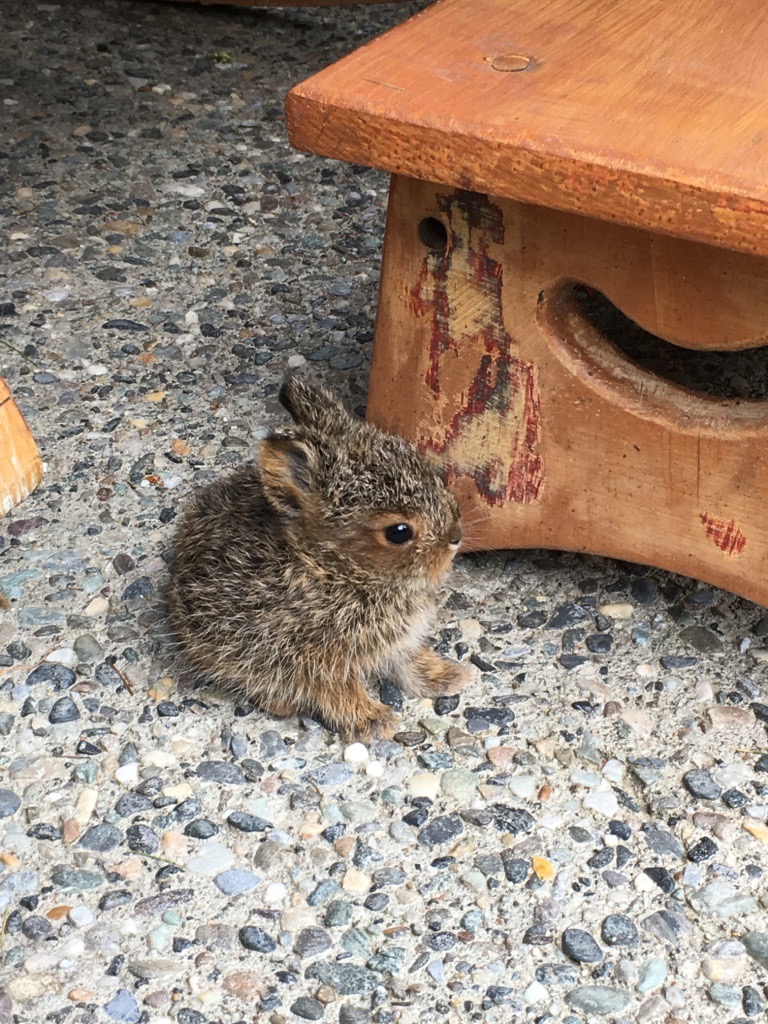 Lynda Wise was walking near the Repsol Sport Centre in Lindsay Park in mid-May when she saw what she thought to be a wire leash around a rabbit.

Upon further investigation, she realized that the wire was around the rabbit’s neck. After much effort and some help from a friend, Wise managed to cut the bunny free and brought it home.

The next snare Wise found was on May 28. It was in the same area that she found the first one. The latest snare found was on June 1, hidden on the inside edge of the bushes lining the plant bed.

In the province of Alberta, rabbits and hares may be hunted but not trapped without a hunting licence, at all times of the year.

Rabbits may be caught with snaring devices, provided the snare wire is no larger than 20 gauge and the loop is no more than 5 inches in diameter.

There are no set City of Calgary bylaws against snaring rabbits within city limits. The city’s website indicates anyone with problem rabbits should call a pest control company.

The legislation that the Calgary Humane Society enforces requires an animal to be in distress.

“The mere presence of a snare is not within our jurisdiction,” said Brad Nichols, Senior Manager Animal Cruelty Investigations, Calgary Humane Society.

It’s illegal both within the city and provincially to trap jack rabbits, as they are a provincially-protected species.

Domestic rabbits can be differentiated from wild rabbits by the variety of colours and sizes and are not protected by any of Alberta’s wildlife laws.

Wise said Alberta Fish and Wildlife told her that it’s illegal to cause animal cruelty and suffering with these types of wire snares.

Local animal control does not take care of rabbits.

Steps when finding a snare

Wise first contacted Against All Odds Rabbit Rescue, a Calgary based rabbit adoption service, to take care of the bunny she found on the first day.

Wise was also contacted by the Calgary Police who asked for a description of the area and of the snares.

“I believe I did a good job because when I went there a few days later I could definitely see that someone had gone through the entire area,” said Wise.

She had been contacted by Alberta Fish and Wildlife on what to do if she finds more snares.

Citizens are asked to report any activity like this to REPORT A POACHER.

They will ask for pictures of the scene “as is” and if an officer can’t show up that day, you’re allowed to dispose of the snares.

“I would remove the snare so it doesn’t pose a threat to unsuspecting rabbits. It’s quite devious because these people also plant a bright green fake piece of grass near the snare to entice these newborn rabbit kits,” said Wise.

If you’re unable to care for your pet, please contact the Calgary Humane Society on how to properly surrender your pet to them.

Calgary Police Service and Alberta Fish and Wildlife don’t know who set up the snares but there could be more than one group involved.

There have been no new snare sightings in the area since.

According to WabbitWiki, Hares are considerably larger than rabbits with longer ears and black markings in their fur.

Rabbits typically have a brown and grey agouti pattern which can all be very similar, but wild and domestic rabbits are not the same.

Wild cottontails have very thin and flat, wide opened ears at the top whereas domestic rabbits ears are thicker and in more.