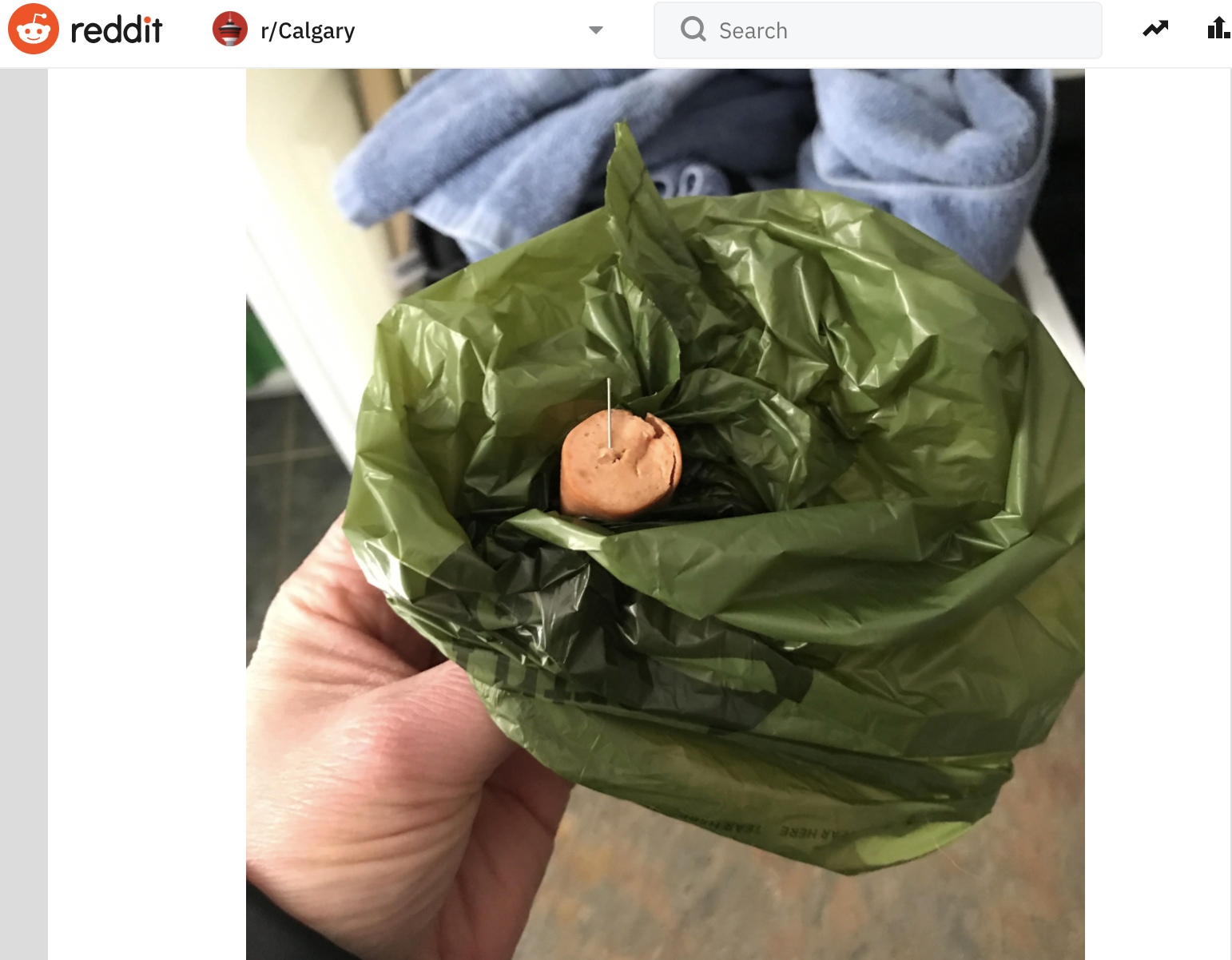 Calgary police are looking into a report of meat chunks, including one with a pin in it, being found in Fish Creek Park.

Around 10 a.m. Tuesday, Shannon Ioewen, posted a photo to Reddit of chopped up hot dog pieces with a pin inside it.

She had been walking her dogs at Fish Creek Park in Votiers Flats when she noticed one dog had something in her mouth. The first piece was near a driveway by condo buildings at the park entrance.

“They came to the area, took a statement and looked around for more. I left before they had found anymore,” she said.

Both dogs visited the vet and are fine.

In a Calgary Police Service media release, they called it a possible animal cruelty case.

CPS officers responded to the call shortly after 9 a.m., according to the release. They did find more pieces of hot dog but no other pieces had pins in them.

Police are asking Calgarians to be vigilant when walking dogs or with their children to ensure they aren’t picking up scraps of food.

They are unsure of the hot dog’s origin, they said.