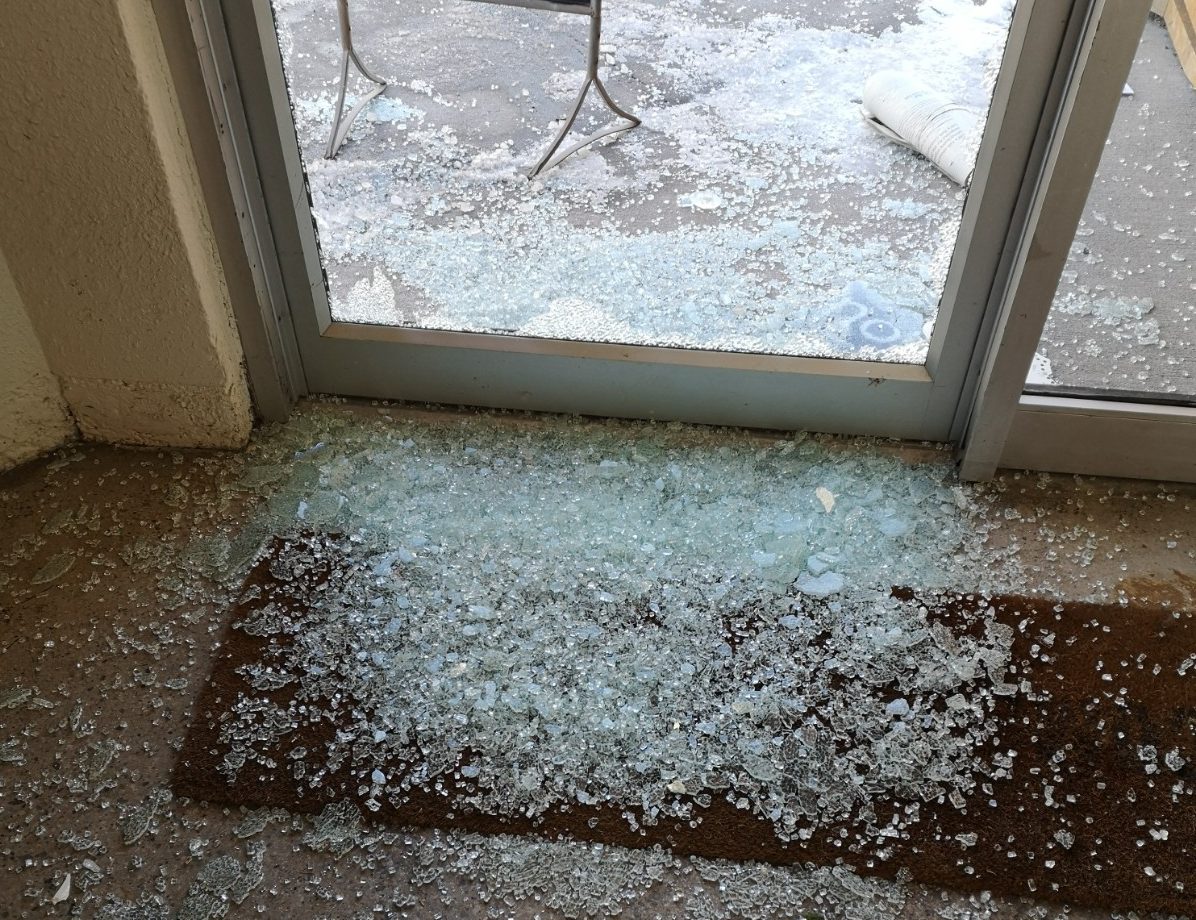 The people behind a popular Calgary coffee shop are looking for support after a string of over the past year.

On Thursday morning, at Nosh by Nourish @ Nova’s 35 Avenue – 14 Street SW location arrived at work to find their door smashed in. Upon entering, they found juice all over the floor, baking was thrown around and point of sale terminals gone – along with cash.

“You don’t expect it to happen so frequently and so aggressively,” said Kristin Arsenault, co-owner of Nosh.

“Like the fact that they came in… It’s just very violating.”

Nosh opened its doors alongside Yoga Nova studio back in January. Since then, they’ve had two other incidents. One in May where staff had valuables stolen from their jacket area. The other was a few months later where culprits managed to break the lock on the door but were unsuccessful getting in.

RELATED: ‘Rather than a Starbucks’: Calgary churches open cafes to reconnect with community

Arsenault said the latest incident is difficult for a small business.

“Something like this really puts us far behind. Every time we’ve had these we’ve had to change the locks. Anytime you say that it’s for commercial business, you know, the price just goes up, right?” Arsenault said.

Meanwhile, Calgary Police are warning people to be “hyper-vigilant” as a result of a significant increase of break-and-enters throughout the city.

The service said there’s been a 51 increase in break-and-enter activity in the first seven months of 2019 compared to the five-year average. They estimate a residential break-and-enter happens almost every 2.5 hours in Calgary.

CPS is asking people to incorporate a check system into their nightly routine. Including ensuring doors are locked, windows are shut and an exterior light is on.

“Property crimes are often crimes of opportunity and there are many things citizens can do to protect themselves,” Sergeant Doug Crippen of the CPS Break and Enter Team said in a release.

“Right now police are seeing the vast majority of break-ins being committed due to unlocked doors and vehicles as well as windows and garages that are being left open. It’s not isolated to one neighbourhood, it’s happening throughout our city.

Natalie St. Hilaire with Yoga Nova sub-leases part of her space to Nosh. As a result of the , she’s considering putting in an alarm system. With more locks, St. Hilaire said culprits will just break through the windows.

“We don’t have a choice. We’ve been open around a year and a half so you just you try to not incur extra monthly charges as you’re starting up. An alarm system is one of those kind of charges that just adds up. But I think we’ll have to do it,” she said.

Turning negative into a positive

To help combat the negative, St. Hilaire is offering up free yoga passes to anyone who drops by the Calgary studio or coffee shop and drops off a food donation. She says it’s clear people are suffering, not just the troublemakers, and wants to do her part in boosting morale for everyone.

Arsenault said she’s been receiving all kinds of messages of support. If people want to help, they can drop by the cafe once they open back up again or order online.

“It is pretty heartbreaking for us because we take a lot of pride in supporting other local businesses. We have people popping up in the cafe every two weeks, once a month. We support other businesses by having their art on the wall,” she said.

“We buy from local businesses. Our ingredients are as local as possible. We source our stuff from Calgary or Alberta as much as we can. So we’re trying to support the local small biz in this economy. I guess the biggest message I would like to kind of get out there is we’re trying to build community and so we just want to see that community, you know, support us too during our tough time.”