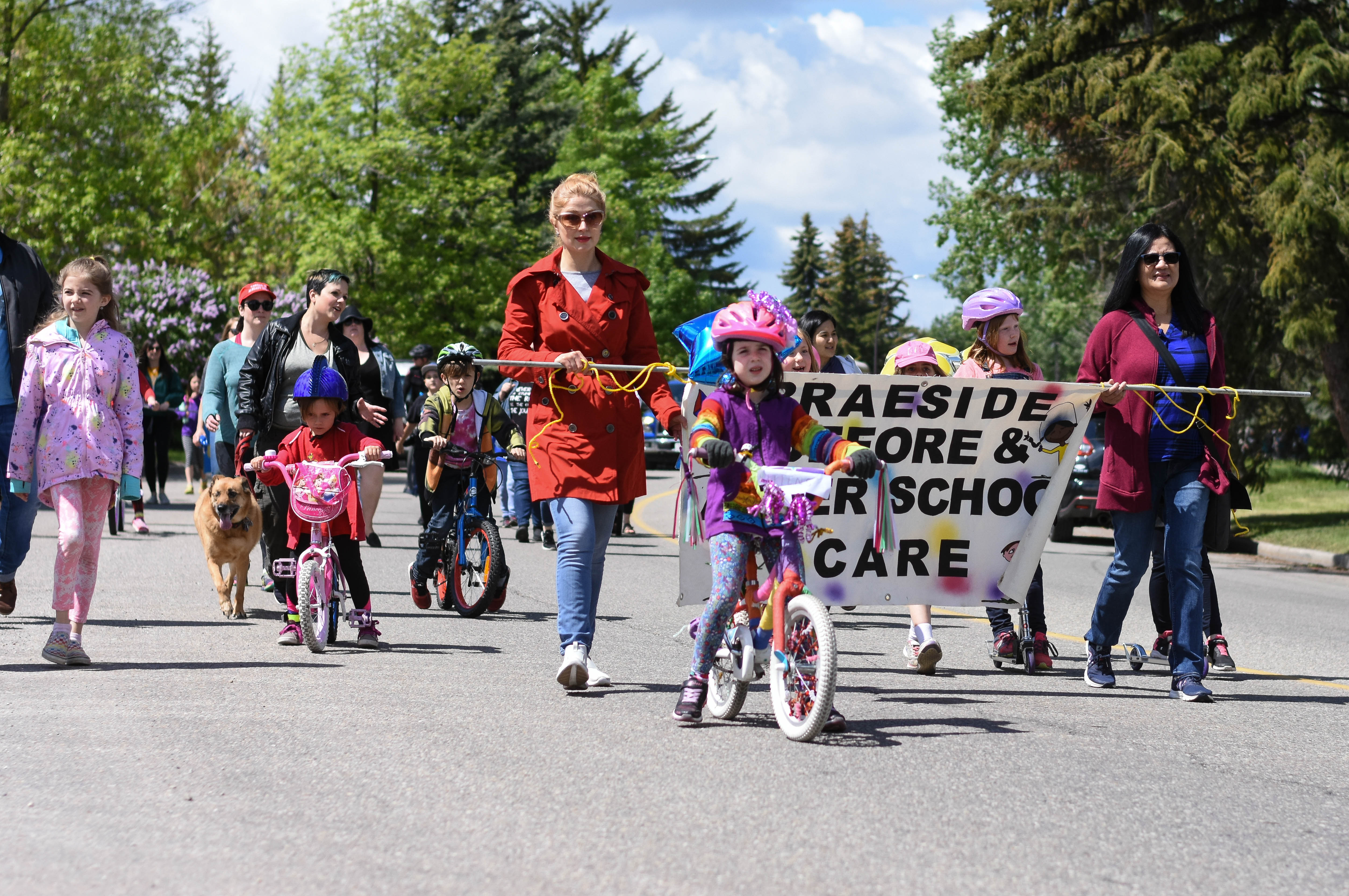 Summer doesn’t officially start for the southwest Calgary community of Braeside until the annual ‘Kick Off to Summer’ parade happens.

Once the weather is warm enough, the community of Braeside, led by parade founders Kim Price and Kim Edwards, rally together to put on their “community famous” parade and celebratory BBQ.

“Participants and those who come out of their homes love the feeling of community,” said Edwards.

Both Edwards and Price are delighted to plan, organize and take part in the parade each year. They’re able to use it as an opportunity to encourage community involvement from all Braeside kids and families. Every year community members show initiative and creativity and make the parade enjoyable for everyone.

This year marked the 13th annual ‘Kick Off to Summer’ parade celebrated by the community. But Braeside parades date all the way back to the 1960s. Community association members Bill Murphy and Ron Olsen came together with a few others in 1967 and decided to put on the fun and engaging summer parade.

“There were no restrictions and everyone was welcome to be in it,” said Murphy.

As a father of three children, two of whom were of the bike riding age, Murphy helped them decorate their bikes so they could be in the parade. Word spread fast and soon the parade was filled with children from all over the community, riding their beautifully decorated bikes.

Although the community loved the parade and the association got nothing but positive feedback, the event didn’t last more than a few years.

Years later in 2007, neighbours, Price and Edwards were attending a volunteer appreciation dinner for the Braeside Community Association when they saw a home movie showcasing the old Braeside parades.

“I looked at her [Price] and said, ‘we can totally do that,’” Edwards said.

The two ladies worked hard to plan and put on the parade and it was a huge success. They incorporated a few key notes when planning the parade throughout the years, including keeping it open to anyone who wished to be a part of it and involving as much of the community as possible. Each year, they would switch up the route to encourage all Braeside residents to be involved and to use the parade as a tool to allow kids to become familiar with the streets in their community.

Edwards, who is originally from a small town, had a vision for the parade to be a place for residents to build relationships with neighbours. But both Price and Edwards want to put the attention on to the community and not themselves.

“You need to build this type of event because the community wants it,” Edwards said.

Edwards and Price are excited to continue planning the parade and would love to one day join in with another close community.

“What a great way for communities to build the spirit together,” says Price.