The most fun you’ll have on a golf course 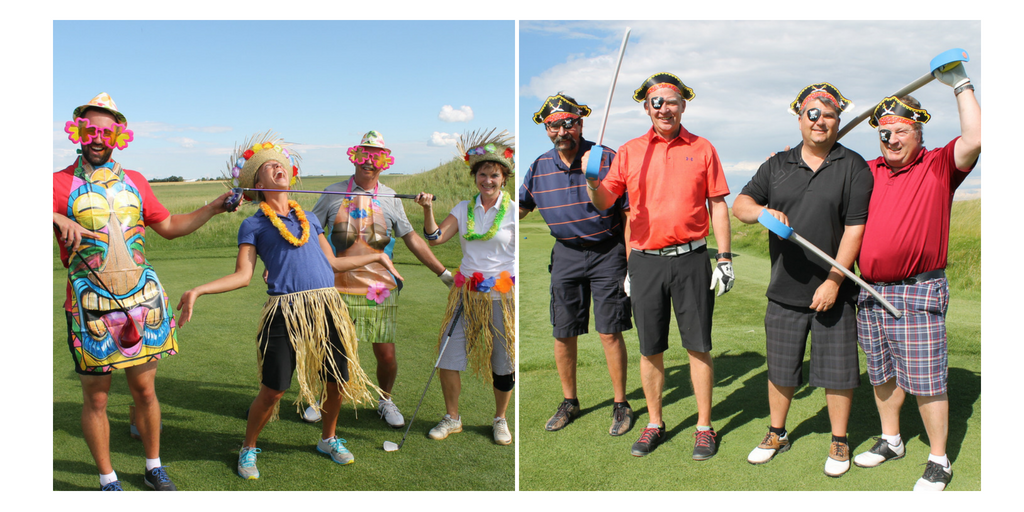 Golf
/ɡälf,ɡôlf/
noun: a sport which causes you to shoot a ball, with a metal stick, into a hole the size of a water glass, from over 400 yards away. Aside from mild frustration and occasional swearing, golfers, of all abilities, continue to show up and have a great time on the course.

Remember those rounds on the golf course, where even though your swing was a disaster, you had the time of your life?

“Members of our family have participated since the beginning. Whether you’re an avid golfer or a beginner, the tournament’s best ball format allows everyone to enjoy the game and contribute to the team score in their own way.  The ever popular “candy bar” hole, also makes for a great day,” said tournament regular Debbie Taylor.

Hosted at The Canal of Delacour Golf Club, players are encouraged to let loose during the hilarious (and sometimes outrageous) Fantastic Foursome photo contest.

The event also features up to 40 other prize categories, which includes items like Calgary Stampede and Shaw Charity Classic tickets. Click here to check out the full prize listing.

Along with lunch, dinner and local swag, former tournament MC Phoenix Phillips would describe the day as “well organized” with a “casual atmosphere.”

He says that Federation staff are some of the “hardest working around,” and every year their golf tournament doesn’t disappoint.

If you would like to join in on the fun, sign up to play today at calgarycommunities.com