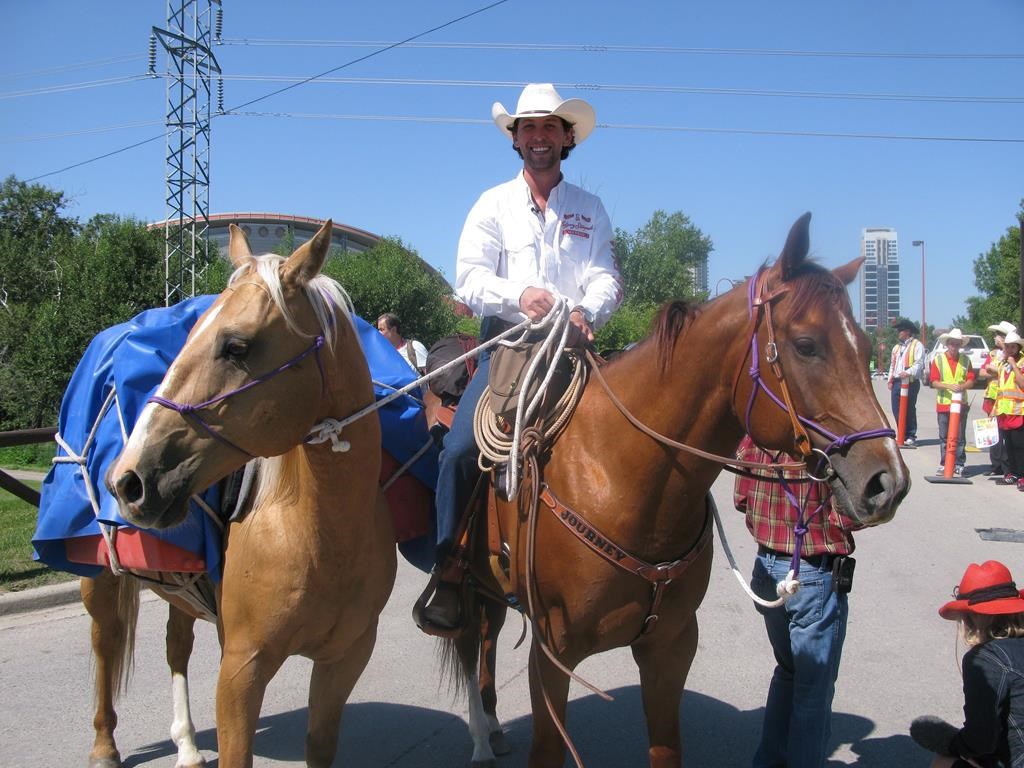 CALGARY — Six years after it all began, Filipe Masetti Leite is still in the saddle and planning a new adventure.

Leite, 31, who immigrated to Canada from Brazil when he was a teenager, began his original journey in July 2012 and spent two years riding his two horses through 10 countries in North, Central and South America.

He eventually covered about 16,000 kilometres and reached his final destination at his home in Espirito Santo do Pinhal, Sao Paulo, in June 2014.

Leite, who has a journalism degree from Ryerson University in Toronto, fell into a deep depression after reaching Brazil.

“I was riding home, or so I thought,” Leite, who is in Calgary for the Stampede, told The Canadian Press. “When I arrived in Brazil 800 days later, I realized Brazil is not my home and Canada is in fact my home.”

He began a second trip in 2016 that would span 7,350 kilometres in 15 months and take him from Brazil to Patagonia.

“I went on the second long ride to try and find myself. When I got there, I thought this isn’t over yet. I need to do a last one.

“Something’s calling me. I need to ride this last 3,500 kilometres.”

His third and what he said should be his final journey on horseback is to begin in Anchorage, Alaska, next May.

The inspiration for Leite’s first journey was based on a similar quest in 1925 by the original long rider, Aimé Tschiffely, a Swiss school teacher who rode 16,000 kilometres alone from Buenos Aires to New York City and wrote about his experiences.

A long rider is someone who has ridden more than 1,600 continuous kilometres on a single equestrian journey.

“It was my life’s dream. When I was really young, my dad used to read me Aimé Tschiffely’s book. It’s a beautiful tale. He wrote this fabulous book documenting his journey and I fell in love with it,” Leite said.

“My father gave me the name Filipe because it means a friend of horses and this is the first story he told me. I spent my entire life thinking what it would be like to travel on horseback.”

Leite documented his travels and has written the book “Long Ride Home: Guts and Guns and Grizzlies, 800 Days Through the Americas in a Saddle.” He’ll be promoting it during the Stampede.

He expects a different set of challenges on the road from Alaska, including the possibility of an early winter.

“I need to get to Canada that first winter and find a ranch to call home for a few months, wait for the snow to pass, and then continue again.

“If I can get through all those grizzly bears, hopefully I’ll arrive in Calgary in July 2020.”