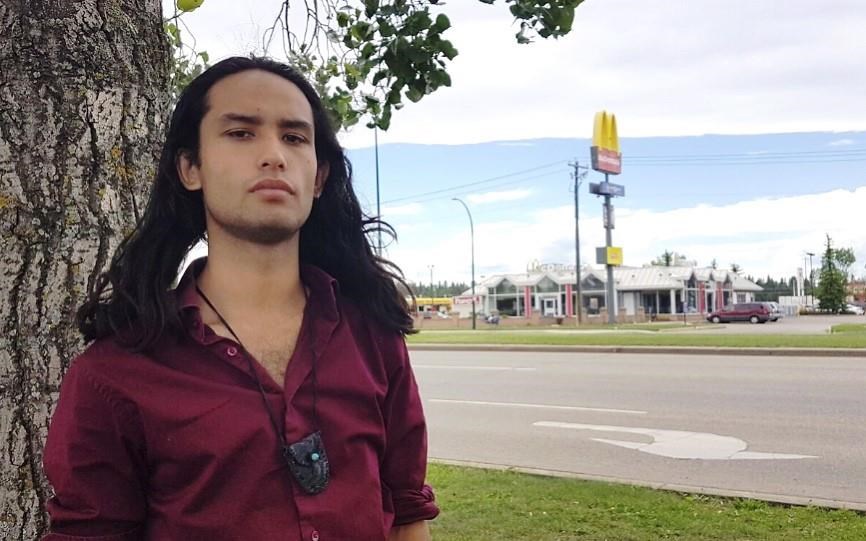 RED DEER, Alta. — A McDonald’s restaurant in central Alberta is reaching out to an Indigenous man to tell him he’s welcome there after he was ordered to leave following a racist and profanity-laced encounter with another customer.

Zach Running Coyote, who is from Rosebud, Alta., says he was eating in the Red Deer restaurant on Friday night when a story appeared on television about charges being dropped against a rancher who had been accused of shooting at trespassers.

The 22-year-old says a man who was with a woman saw the story, described the ruling as a victory for Canada and said that if someone came on his property he would shoot them dead.

Running Coyote says he shook his head upon hearing the comment, which prompted the man to swear at him, tell him to mind his own business and say that he was a know-it-all Indian.

Running Coyote verbally confronted him in the restaurant and again in the parking lot before going back inside, where he says he apologized to staff, but was told by a manager to leave for trying to start a fight.

Bob Carpenter, the franchisee for McDonald’s Red Deer, says in an emailed statement that the situation was disappointing on many levels, but is being used as a learning experience for restaurant staff.

Running Coyote, who is an actor, is performing in Red Deer’s annual Shakespearean production called Bard on Bower. He says he told the man that if he was going to make a racial slur that he should say it to his face, but the man and his companion sneered and swore at him again as they left the restaurant.

Running Coyote says once they were all outside he yelled: “Hey dude. Thanks for your opinion. It means a lot to me. That really helps me in life.”

He says the man responded by saying he was sick of Running Coyote’s people “mooching” off tax dollars and living on welfare. He then hurled more profanity as he sped away.

In a message posted on Facebook, Running Coyote says, “I hate you, Canada, for teaching people to treat me this way” and asks why he was told to leave the restaurant when the other customer was not.

He also told Red Deer media outlet rdnewsNOW that there’s nothing he would have done differently that night.

Carpenter said in his statement that he prides himself on creating and maintaining a diverse and accepting environment for all customers and employees.

“Discrimination of any kind, including racist taunts, is simply not tolerated in my restaurants,” he said. “I am using this situation to reiterate to all my restaurant managers and crew the importance of maintaining a safe and welcoming environment.”