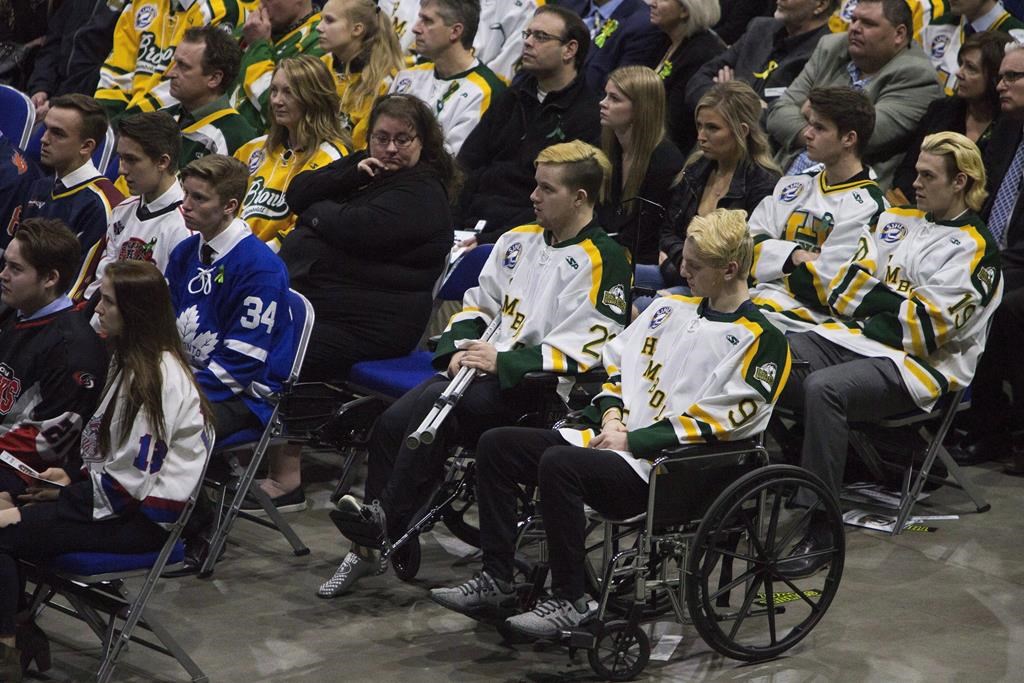 RED DEER, Alta. — A Humboldt Broncos player who was injured in a horrific bus crash in Saskatchewan has become an assistant coach for the Red Deer Optimist Chiefs.

Graysen Cameron, a 19-year old forward from Olds, Alta., has decided to join the top-tier, triple-A hockey team in the Alberta Midget Hockey League in the upcoming season.

The team says it’s thrilled to have Cameron, who played with the Chiefs from 2015 to 2017 before joining the Broncos.

Cameron, who retweeted the announcement, was one of 13 players injured April 6 when Humboldt’s junior hockey team bus and a semi-trailer collided in rural Saskatchewan.