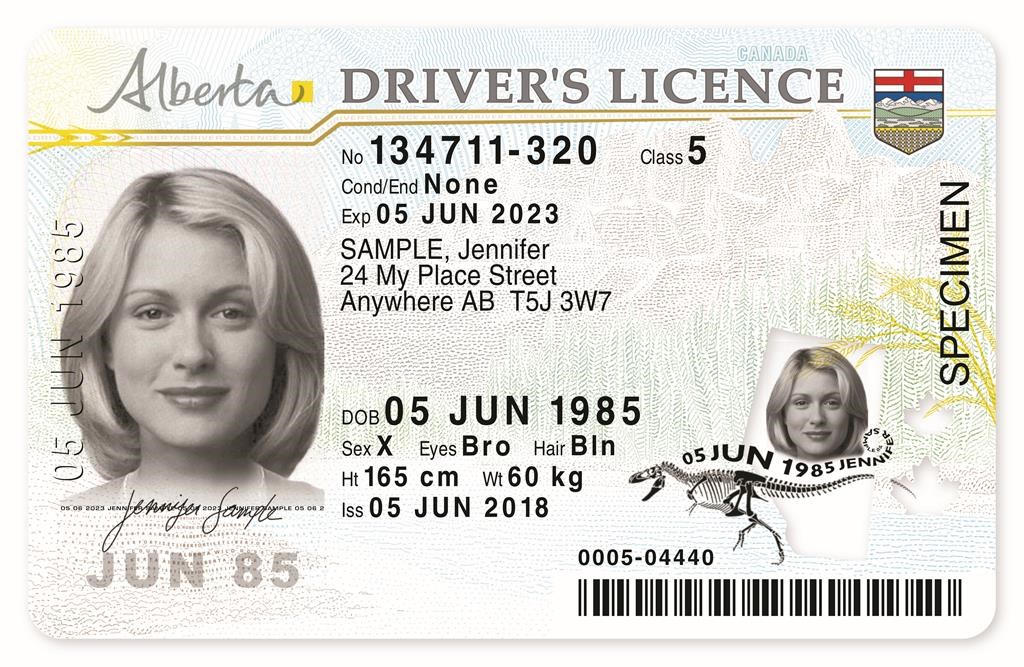 EDMONTON — Albertans can now choose between three options when specifying their gender on driver’s licences and other identity documents.

People will be able to indicate male, female or X on all vital statistics records, including birth and death certificates.

Premier Rachel Notley says her government is also making it easier for Albertans to change the gender in their records.

Gender identity has been included in the province’s Human Rights Act since 2015.