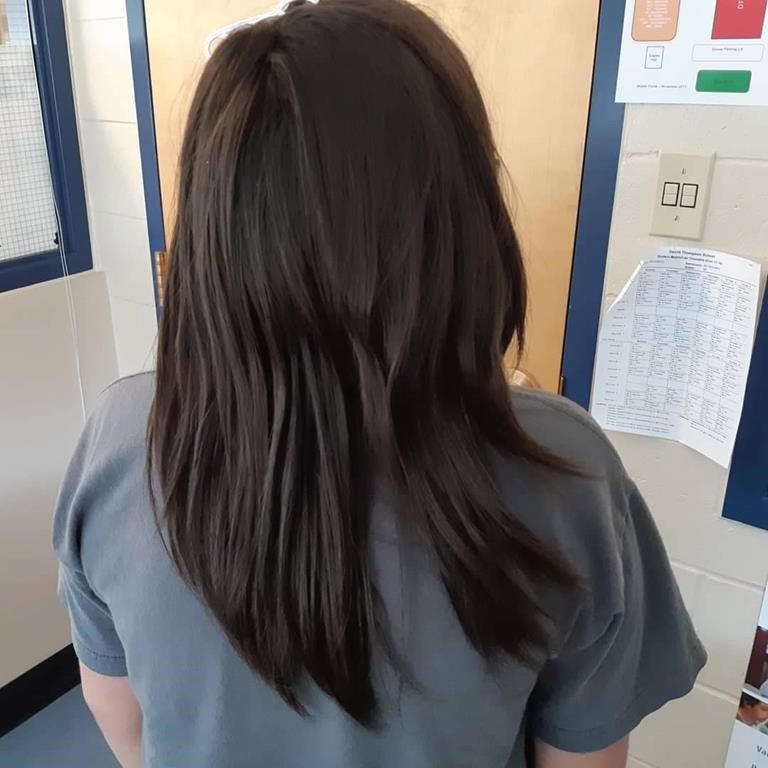 CALGARY — Shantel Tallow and her son Rafe Vadnais began a meaningful ritual last weekend when the 11-year-old asked if she would braid his hair each morning.

Once the braid is complete, a prayer is said to set the tone for the rest of the day.

“I was so honoured,” said Tallow, a member of the Kainai First Nation in southern Alberta, who runs an Indigenous catering business in Calgary.

“For Rafe, it was explained to him that he’s no longer a little boy, that he’s going through that transition into becoming a young man.”

The night before the Grade 6 student was to wear a braid to school for the first time, they discussed what to do if someone teased him. He had already been called a girl for wearing his hair loose and long.

It did not occur to Tallow that she would have to prepare Rafe for someone trying to chop off his braid, but in the after-school rush on Monday, another student did just that before disappearing into a crowd outside.

“I felt something at the back of my head and when I turned around, he ran away,” Rafe told Global News on Wednesday. “I saw my hair and the elastic on the ground.”

The top half of Rafe’s hair was sheared off too short to pull back, while the bottom layers were still long.

Tallow knew something was wrong when she pulled up to pick up Rafe.

“Just that look on his face said it all more than his hair being down.”

“I am mad. I’m really mad,” said Tallow, her voice breaking. “What makes me most upset is there’s no understanding with the school. They haven’t really done anything about this.”

Tallow declined to name the school, but said the Calgary Board of Education has been receptive to her concerns. An Indigenous liaison was at school with Rafe for the remainder of the week. Tallow said that made him feel safer and more confident.

Rafe is one of two Indigenous boys in the school of 600, Tallow said.

She said she was taught the importance of long hair to the Blackfoot people when she was young. It is only to be cut as a sign of respect when mourning a loved one.

She wishes she could keep her own locks long, but recent health issues have caused hair loss.

“(Rafe) was the one who suggested that he start growing his hair out for me,” said Tallow. “That was our little bond right there.”

Rafe’s two sisters — one a grade behind and another in high school — have long hair, too.

Tallow said the younger girl, whose tresses reach below her waist, has asked if she should tuck them away when she’s at school. Tallow told her daughter she should wear her hair with pride.

“If they don’t have an understanding of why we wear our hair long, we’ll let them know.”

Jeannie Everett, acting deputy chief superintendent with the Calgary Board of Education, said she couldn’t comment on an individual case.

“Certainly if there is an incident where someone’s made a mistake, as a teaching or learning institution, we hold them accountable and we follow a policy of progressive discipline.”

Depending on the situation, Everett said liaisons with an Indigenous education team can be brought in to work with individual students or with whole classes, grades or schools.

Tallow has proposed holding a powwow either at the start or end of the school year. A drum group is willing to take part and an elder has offered to do a smudging ceremony.

She said she was puzzled when the school declined and said it would prefer something more low key.

“I, being an Aboriginal person, know how intimate a round dance can be. That’s those moments that you’re one person with everyone.”

Everett declined to comment on the school’s decision, but noted the board itself had a well-attended system-wide powwow last month.

Since her story became public last week, Tallow’s family has been inundated with support, she said. Members of the Calgary Stampeders football team have reached out, and messages have come from as far away as New Mexico.

“Every time I open one I cry,” she said. “They are happy tears, because I know we’re not alone in this and that it has happened to others.”