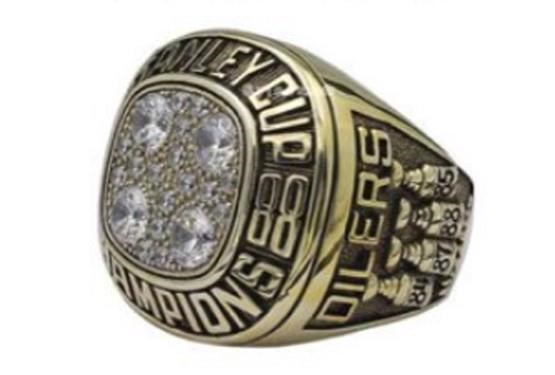 STONY PLAIN, Alta. — Police are asking for help to identify a man caught on video wearing what looks like a Stanley Cup ring that was stolen from a former Edmonton Oilers player.

Norm Lacombe, who played right wing on the NHL championship Oilers team in 1988, says he took his ring off to play golf on the weekend.

He left it in his vehicle overnight outside his home near Spruce Grove, Alta., just west of Edmonton.

He realized the next day that the ring and his wallet had been stolen.

RCMP say the image of a man who used one of the credit cards in the wallet was captured on surveillance footage on Sunday.

Anyone with details that could help identify the suspect is asked to call police or Crime Stoppers.

Lacombe was traded to Philadelphia in the 1989-90 season and finished out his career with the Flyers.