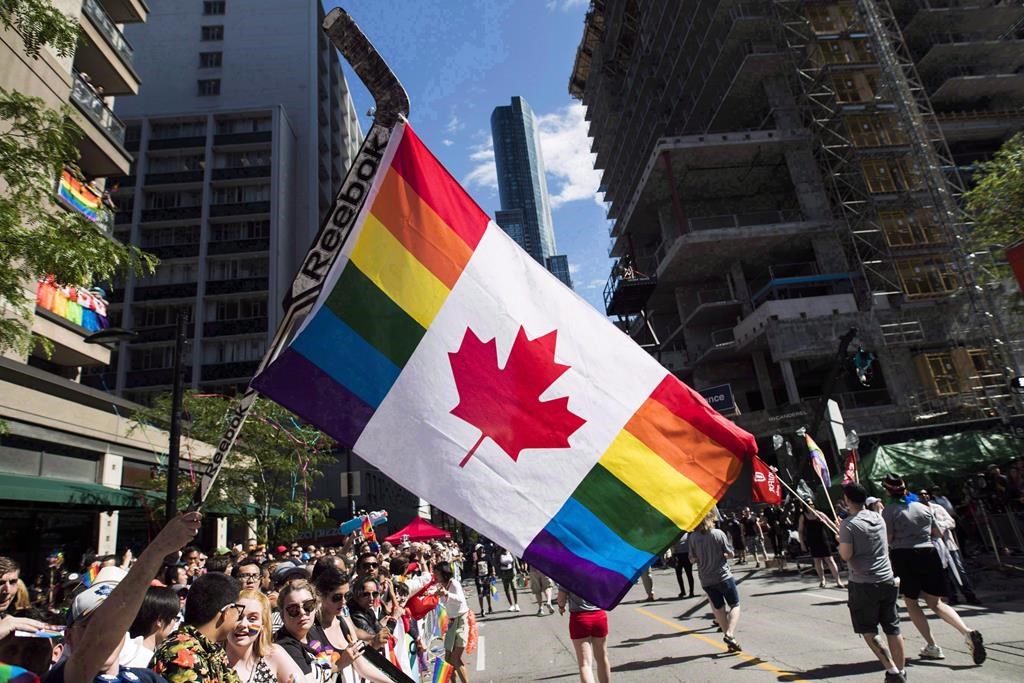 EDMONTON — Police officers will march in this year’s Edmonton Pride festival, but not in their uniforms.

The Edmonton Pride Festival Society said it restricted police vehicles from participating, as well as lights and sirens in the 2017 parade after a similar move in Toronto.

“Many pride organizations in other communities started talking with their marginalized members, trying to do more to include them in the conversation around Pride,” the society said in a news release. “In many communities, because police enforcement agencies were seen to make marginalized people feel unsafe, police were asked (or told) to step back and not be involved in Pride celebrations.”

In 2017, Supt. Brad Doucette said the Edmonton Police Service had more work to do if the community wasn’t comfortable with a police presence.

The service later met with the festival society to discuss what could be done to build bridges.

As a result, both city police and Alberta RCMP have decided to walk in civilian clothing in this year’s parade.

“We can highlight the individuals that are beyond the badge — the people who actually make up the Edmonton Police Service,” said Doucette. “We are individuals. We are parents, we’re grandparents, we’re siblings, we’re allies with the LGBTQ, we’re oftentimes parents of, or are members of the community itself and that gets lost with the uniform.”

He said each of the 50 or so officers who participate will wear an individualized T-shirt.

“We’re not putting any parameters about what any individual are going to put on their shirt,” he said. “We have people from the LGBTQ community in our service, so you may see people put that on there — that they’re gay, that they’re lesbian, that they’re married to a man or that they are the mother of a gay youth.”

RCMP officers from the Edmonton area will also attend the parade out of uniform.

“Participants will be wearing RCMP Pride T-shirts, as proud employees of the RCMP, in support of the LGBTQ2S+ community,” said Staff Sgt. Jeremie Landry of the RCMP.

“The members and officers who attend the parade and festival volunteer to be there,” he said. “They are often allies and members of the LGBTQ2S+ community.

“Better connections between them and marginalized folks will help them bring about change within their organizations.”