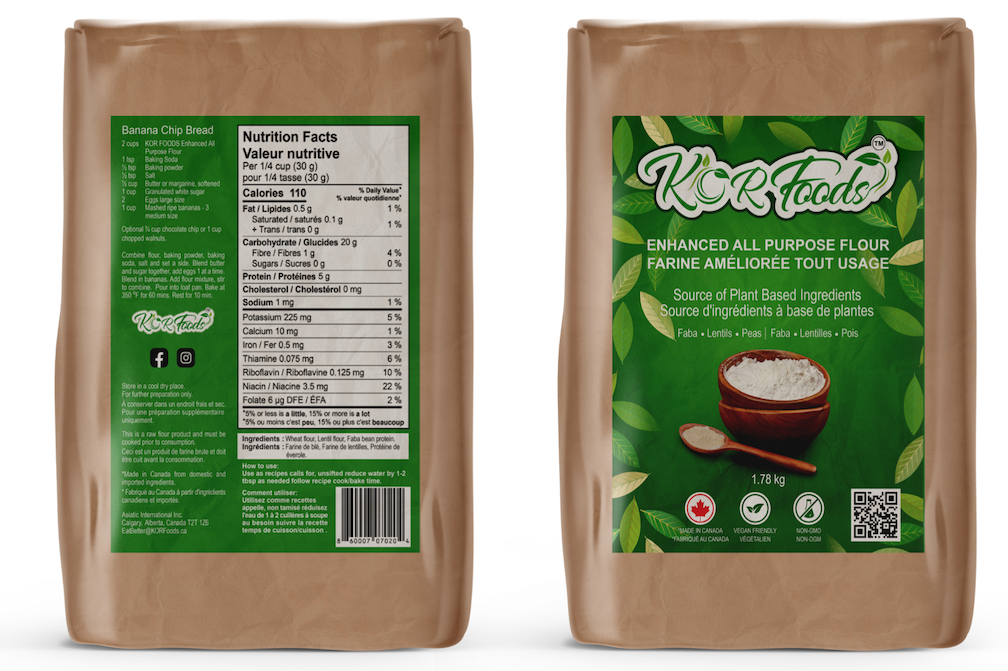 Paul Gill has his pulse on the changing food needs of Calgary and the world.

“I always had like this conflict with food. I had all my buddies, and they’d be eating Western food and cookies and all that and be at home eating roti and naan for dinner,” Gill said.

After travelling back to India, Gill recognized the need to get some of our food back to south Asia. He tried to build an import/export business to do it. Gill was a small player in a big market, and he drew from it a lot of different lessons.

It was when he discovered a generational farming community during COVID-19 that introduced him to all space proteins. He saw an opportunity to start delivering a different kind of food source, but he didn’t know just what.

After talking with his chef, they created a flour blend that introduced the wheat plant to the pulse crops like lentils, peas and fava beans.

“My first customer discovery was actually my mom and my mother-in-law. Like a lot of homemakers in the East Indian community sort of told me… ‘we’re already making blends at home because we’ve always wanted to make the wheat healthier,’” Gill said.

He learned they’d been doing it for decades on their own.

Gill said they didn’t want to reinvent the wheel, so they decided to create a natural blend that still uses wheat in an all-purpose flour. It just adds in the nutrition of pulses.

That’s how KOR Foods came to be.

Gill said the primary difference between the traditional wheat flour and the blend is nutrition.

He said it increases the potassium, the calcium and the protein in the flour. Gill said it’s also a healthier carbohydrate.

Growing up, Gill said he’d eat 12-15 different kinds of lentils in different dishes – both in lunches and dinners.

“I realize one of the issues that we’re having is people don’t know what pulses are,” he said.

Gill said there’s an education component to all of this, to help people realize the benefit of eating all their same foods, but with nutrition in the flour.

“Pulses are at that kind of foreground now where they need to break through,” he said.

He said each customer he brings on becomes an educator on the value of the pulse crops. Gill said awareness has become a collaborative effort.

Gill had been a part of other accelerators in the past, most recently involving a carbon capture venture, so he’d built up a set of skills through those.

He kept putting his name out there with a new idea – the blended flour. The more his name was out there, the more insight and information he collected on building a successful business.

“Primarily, my number one objective is exposure,” he said.

Through the Platform Calgary Alberta Yield program, Gill has been connected with several different other entrepreneurs in the ag-tech/food-tech space.

“I feel like what I came to do is actually happening,” he said.

It’s helped open doors to other market opportunities. Samples have been delivered worldwide. A storefront opportunity came available in Calgary in September. Gill is talking with pulse growers.

For KOR Foods success, it goes back to raising that awareness of the value of pulse crops.

Eventually, he wants to expand the product line and deliver better nutrition to people across Canada and the world.

“It’s a lot bigger than me and I think it’s going to require smart people in these in these seats to come together and, and I hope that I’m the bridge,” he said.