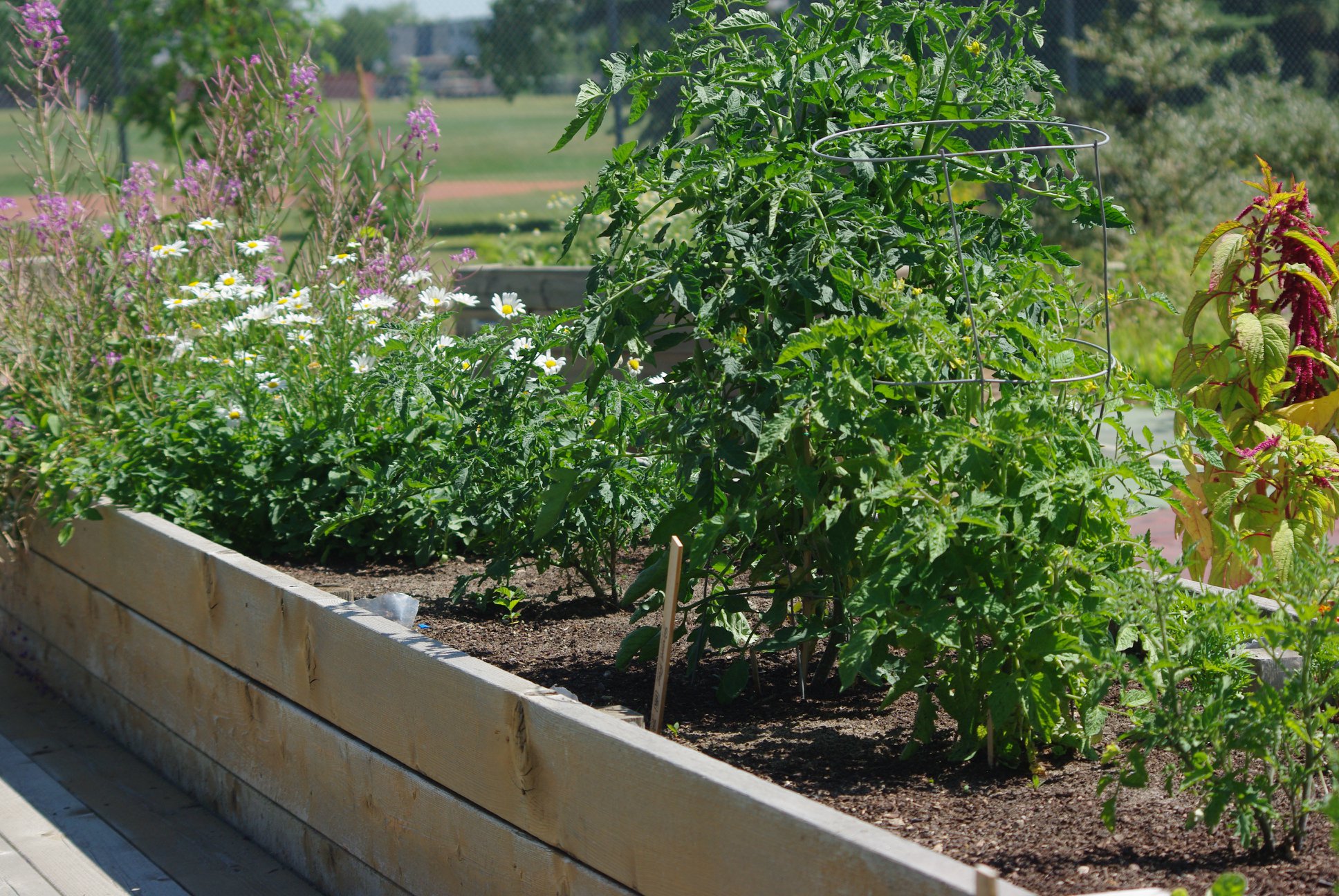 It was a competition around food security put on through the United Way’s social impact lab and Calgary’s J5 Design.

They both had a passion for community good and social equity. One way to look at that is how we grow food and get it to people.

“We both realized that food is kind of that pillar around community growth and development,” said Langill, co-founder of SOLFood Project.

“And so, we kind of walked in this journey of wanting to reconnect people with food and build those communities up.”

They wanted to address supply chain issues, the distance travelled to reach healthy food and the quality of food provided to consumers.

They’re looking at growing food in an urban setting, integrated into communities and then taking the produce and providing it to two distinct consumer segments.

Cloutier said they focus on two different consumers: High-end retail and others who can’t afford produce.

“What we’re planning on doing is leveraging a premium that’s charged to those that are accessing high end retail to help fund and offset this prohibitive cost for those that are coming from more vulnerable backgrounds,” Cloutier said.

If you want to really simplify it, Cloutier said, it’s a meal share for produce.

“It’s one thing to just give a group money. It’s another thing to actually give them hyper-local fresh produce right and improve their health outcomes,” he said.

The pair plan to launch their own farm locally to produce the produce necessary for start-up.

What they envision is a rooftop greenhouse atop an underutilized Calgary space. They need the right location to ensure their costs are controlled as well, particularly around distribution.

The social aspect was important to both founders. Langill, who is a registered nurse, has worked for years in community health.

“In that span, I’ve seen the glaring disparity between the haves and have nots; the inability to access food especially in terms of impact to kids,” he said.

“I’ve seen lower-income families who have a child drinking coke out of a bottle because it was cheaper than buying formula.”

Cloutier’s mother and sister are nurses, so he’s been exposed to it. But not to the same degree as Langill. Their relationship put things into perspective for Cloutier.

“I think we both met on a foundation of doing social good,” Cloutier said.

Langill said the Alberta Yield program was filled with everything from learning about the cost of goods, customer acquisition and long-term values.

He said the feedback is honest but supportive.

“It is this kind of really encouraging empowering space, while also being really honest,” he said.

Cloutier said solidifying those foundational aspects of a business were really important to him. It helped them understand the problem and find a solution.

They’ve made several community contacts, building relationships and determining the needs in the Calgary community. Langill and Cloutier said they’ve already been growing food on a much smaller scale, testing the product and the idea in the community.

Langill said they’re putting the pieces together, working with advisors to round out their own personal experience. They’re looking for a horticulturist to begin laying out the plan for food growth.

From there, it’s reaping the harvest and supporting vulnerable Calgarians with access to healthy food.

“What we’re pushing for is to be growing within the next year to two years in a facility, and providing product to retail stores and affecting community health,” he said.