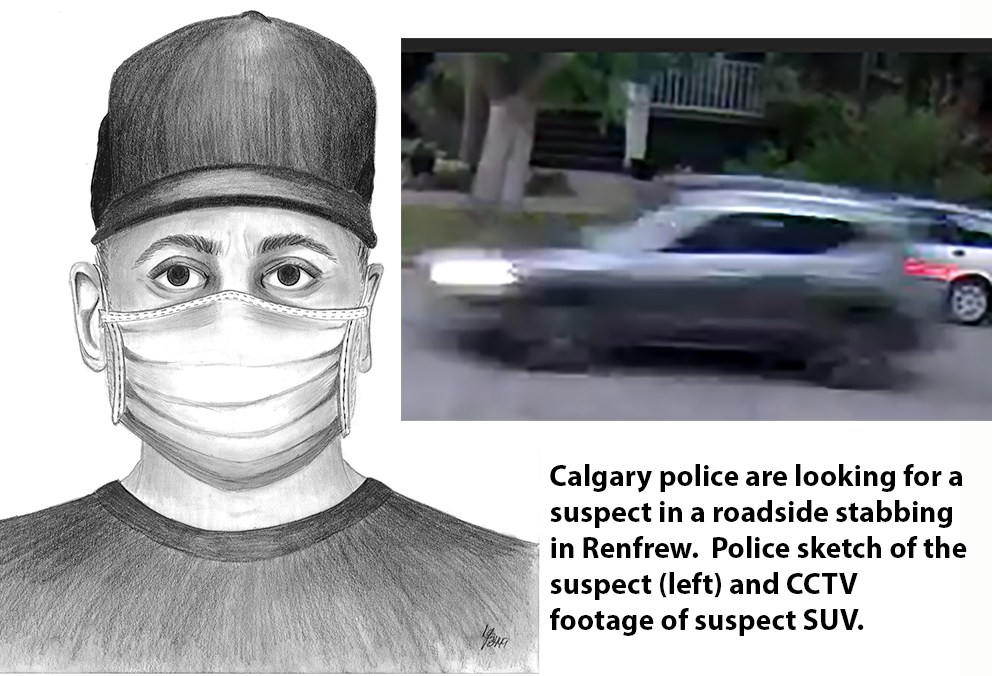 Calgary police are looking for a person who stabbed another driver in a roadside incident in Renfrew earlier this summer.

According to police, around 9 p.m. on Aug. 5 two men driving a Black Mazda 3 in the northeast Calgary community of Renfrew were being tailgated by a grey SUV.

They pulled over in the 500 block of 10 Avenue NE to let the SUV pass, police said.

The driver of the SUV got out of his vehicle and walked towards the Mazda. He leaned into the window and stabbed the driver before fleeing the scene, police said.

The victim was taken to hospital in life-threatening condition and has since been released, according to police.

The suspect is described as being in late 20s to early 30s between 5’9” and 6-foot tall. He had a slim build and was wearing a grey hoodie, red baseball cap, white shoes and a surgical mask.