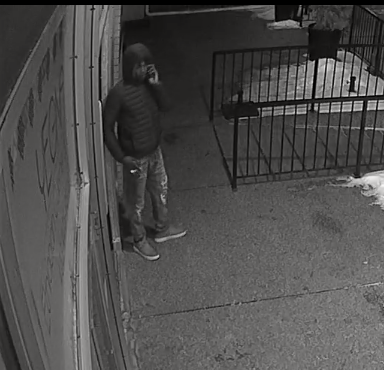 Calgary police have released closed-circuit footage connected to a February shooting with the hope of identifying a suspect.

Immediately after the shooting, the driver went to a nearby hospital where the two victims received treatment. Calgary police were also called. Both men are still receiving treatment but have been released from the hospital.

After reviewing CCTV from the scene, it’s believed that a man had been waiting in the area of the shooting for at least an hour before the incident, police said.

Investigators are releasing a photo of the man and are asking anyone who can identify him to come forward and call 403-266-1234.