Who’s who in the battle for your Olympic plebiscite vote

With less than one month to go until the plebiscite on hosting the 2026 Winter Olympics , there’s a handful of groups that are boosting one side or the other. But Twitter and Facebook accounts don’t always tell the whole story, so we reached out to these groups to see who’s behind them and where they get their funding, and created a primer to help you weigh the information.

These are just the most active groups providing information on the Olympic plan. To understand they city’s many committees on the Olympics we recommend visiting this site.

Also, the best way to be informed is to read the draft hosting plan for yourself. 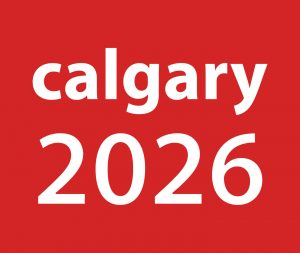 This is the city’s arm-length non-profit organization that is responsible for coming up with the bid. This is the Bid Corporation, or BidCo. These are the people who will be crafting the bid book (the city’s official bid proposal).

According to the website, their mandate is to explore, develop and promote the bid. So while there is talk on the website of giving Calgarians the information they need to make an informed vote. The group is not promoting a yes vote per se, but it does stand behind numbers in the draft hosting plan.

Calgary 2026’s board is made up of a who’s who of past Olympians and some high profile Calgarians. Board Chair Scott Hutcheson is the chair of commercial real estate company Aspen Properties. Vice chair Hayley Wikenheiser is a four-time Olympic hockey medalist. Other notables include Olympian Catriona LeMay Doan, Grand Chief Wilton Little Child, and entrepreneur and Dragon’s Den star Manjit Minhas. The full list and biographies can be found on the 2026 website.

Calgary 2026 is set up like any corporation, so in addition to its volunteer board, it also has a CEO – Calgary Economic Development’s CEO Mary Moran, who took a leave of absence from that to lead this initiative. Moran and staff at the organization take their direction from the board. 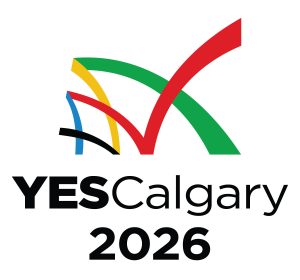 Not to be confused with the BidCo above, Yes Calgary 2026 calls itself a grassroots initiative to boost the bid. It already has 1,000 volunteer ambassadors who are helping promote a yes vote at public events.

The name says it all. Yes Calgary 2026 believes Calgary has more to gain by hosting the games again. Jason Ribeiro, a community organizer with the group, said they’re not and have never been ‘yes at any cost.’

“If the bid that was released was not in the best interest of Calgary and did not involve reusing facilities and was not responsible, we would not have supported it,” he said.

Yes Calgary 2026 has a board of directors with Elizabeth Carson as president. The group has set up shop in the office of QED Marketing, which volunteered free office space and expertise.

QED co-owner Stephen Carter said he’s volunteering his time to help the campaign. He believes strongly in the value of the Olympics after seeing how sport has helped his two daughters.

“We have just benefited tremendously from the legacies of 1988 and the opportunities that it has provided us. It’s unbelievable how much we’ve gotten so we wanted to give back and get the Olympics back in Calgary.

Carter has plenty of experience in marketing. He helped lead Mayor Naheed Nenshi to the mayor’s office during the 2010 election campaign and engineered Alison Redford’s PC Party leadership win in 2011.

“I’ve done a lot of campaigns, so I think I’m bringing some capacity of what a campaign looks like, how to talk to people and get all of those types of skill sets,” he said,

Another co-owner of QED, Tabetha Boot, has experience marketing the Vancouver 2010 games. According to her profile on the QED Website, she was “responsible for developing and managing the execution of the strategic plan to leverage the 2010 Olympic and Paralympic Winter Games opportunity.”

Yes Calgary 2026 is set up a registered non-profit, according to Ribeiro. The group is raising money on its website through donations and merchandise. For $20.26, supporters can purchase a Yes Calgary 2026 trading pin. Supporters can also make a $250 donation, which will help five volunteers get out and do outreach. A $500 donation option can either be put towards advertising, or towards more general outreach.

Ribeiro said he was not in a position to talk about how much money the group has taken in or put towards the campaign at this time. 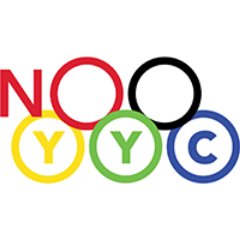 No Calgary Olympics is headed by Daniel Gauld and Erin Waite. Gauld describes the organization as ridiculously small – about five or six people who share ideas and help create content.

“When we first started, we were trying to put on airs that we were somehow bigger than we were because we wanted to be seen as more legitimate and maybe that would entice the media to engage with us more,” said Gauld. “But now I look back on it and I think it was kind of a mistake.”

In case the name didn’t give it away, No Calgary Olympics is against a bid. The group’s website lays out some basic economic and social arguments, offers up window signs, and helps connect people who want to actively share their opposition to the games.

Gauld said he has the title of founder, while Waite is in charge of communications. They also have a volunteer coordinator, but no real mobilization of volunteers just yet.

Right now, Gauld said they have no funding and no plans to register as a not-for-profit. He said after some media coverage, they were approached by people who wanted to help with the campaign.

Gauld said they have had plans that were at first pie-in-the-sky, which they now hope to carry out.

He said they still won’t be opening a bank account and filing official papers.

“We don’t really want to do the non-profit thing because we don’t think the dollar amount will be significant enough,” he said. “As we identify things for these benefactors, that they want to find, they’ll just show up with a credit card and pay for it themselves.” 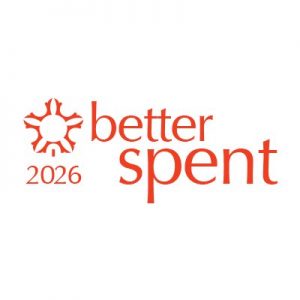 Better Spent 2026 is an online-only campaign run by a group of six or seven core volunteers, according to group spokeswoman Kate Jacobson.

Jacbson’s own background is as a community organizer. She is also involved with the Renters Action Movement.

She said the goal is to help Calgarians see there are great investments the various levels of governments could be making in the city that don’t require hosting the Olympics.

Jacobson said the group has no formal structure and that decisions are made by consensus around the table.

Better Spent 2026 is not set up as a registered non-profit because it is so small. Jacobson said people can donate via a link on their page. The have raised “very small amounts” that are going to the cost of website hosting.