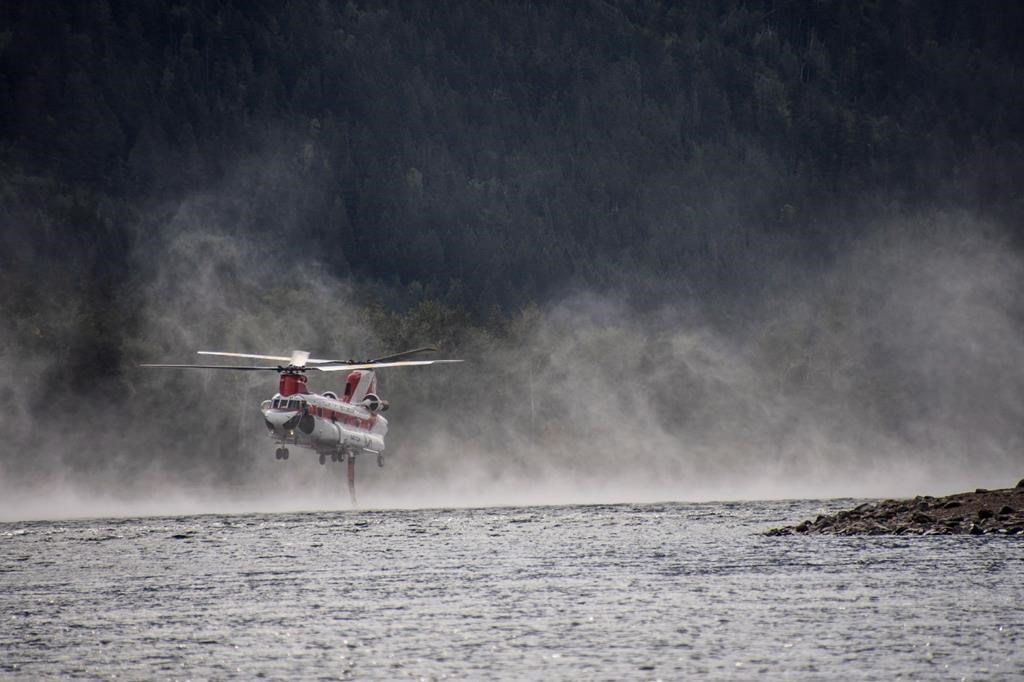 WATERTON, Alta. — Crews battling a wildfire near the U.S. border in Alberta are hoping an avalanche path will prevent the flames from spreading further into a national park that was badly burned last year.

Dry and windy conditions Friday afternoon pushed the Boundary Wildfire north across the border for the first time into Waterton Lakes National Park in southwestern Alberta.

Parks Canada says in a news release the area received a small amount of rain overnight, but it was so small that it couldn’t be measured, and Saturday’s forecast called for strong winds and sun.

John Stoesser, a spokesman for Parks Canada, says the flames have reached a stretch of mountainside that has been swept mostly bare of trees by winter avalanches.

Stoesser says sparks have crossed the avalanche zone and ignited spot fires on the eastern side.

He says helicopters are dumping water on those spot fires to keep them from growing and burning further through the Boundary Valley towards the Waterton Valley.

“So that’s why it’s a good place to drop water from the helicopters.”

Parks Canada said two helicopters were on the job at the avalanche boundary on Saturday and that a third chopper was on its way.

Stoesser said it’s an aerial effort at this point, since it’s steep, rocky terrain. Once the flames are knocked down a bit, he said firefighters can go into the area and do what they can from the ground.

Waterton was devastated a year ago by a wildfire which consumed more than 190-square kilometres within the park and led to a two-week mandatory evacuation.

An evacuation alert was issued last month for Waterton Lakes National Park due to the fire that’s been burning on the U.S side in Glacier National Park, but the alert was later lifted when the area got rain.

A Parks Canada news release on Saturday said the agency and U.S. fire managers are working together and are in constant communication about fire activity and response.

The fire is estimated to be about 11-square kilometres in size.