Wildfire smoke from B.C. gets in the way of mountain scenery for tourists 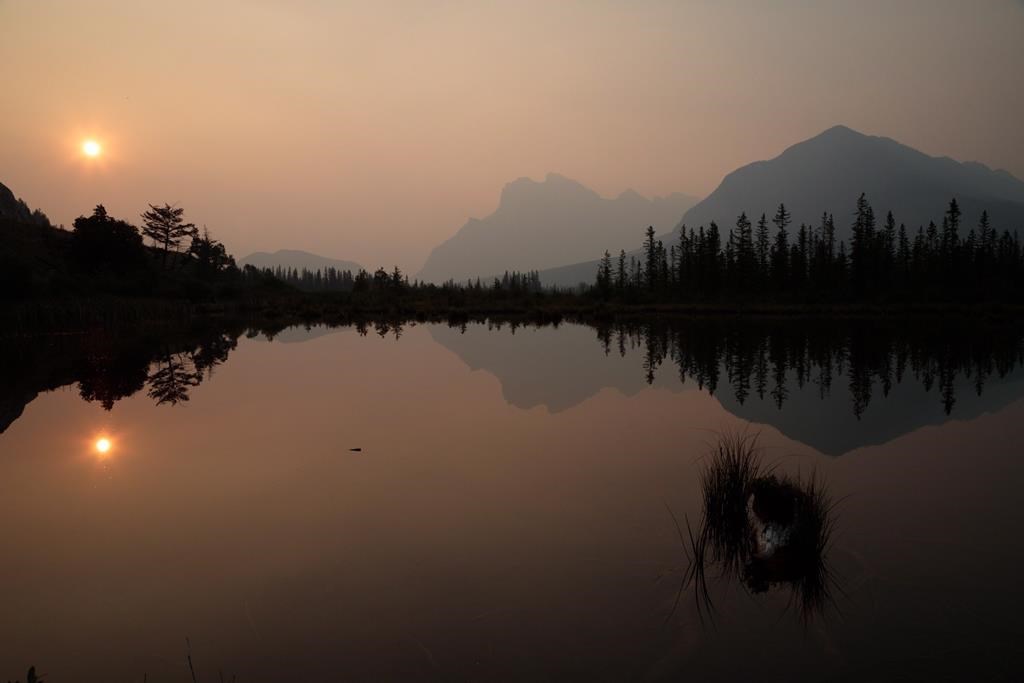 JASPER, Alta. — Smoke from wildfires that’s blanketing parts of Alberta does more than just irritate the eyes and throats of visitors to the province’s mountain parks — it obscures the spectacular scenery that many have travelled thousands of kilometres to see.

“I did have a couple the other day that were quite disappointed. They were looking at the photographs on the wall and kind of complained, ‘We can’t see any of this stuff,'” said Jeremy Salisbury at Tekarra Color Lab, which sells cameras supplies, photos and art in Jasper.

His co-worker Matt Quiring, who also works part time at the Jasper Planetarium, said the smoke has made photographing the night sky particularly challenging.

Jasper is designated a dark sky preserve due to its limited light pollution and the planetarium typically has telescopes set up on summer nights. But the universe is obscured by thick haze these days.

“Even those stars that are visible, the smoke lowers the contrast so you don’t get black, black skies,” Quiring lamented.

The thick smoke from hundreds of wildfires that continue to burn through British Columbia’s forests and brush is also creating air-quality problems for much of Alberta, Saskatchewan and southwestern Manitoba as winds drive it eastward from B.C.

In Calgary and Edmonton, the tops of downtown highrises get fuzzier the higher up you look.

Quiring said mountains in Jasper that are usually beautifully detailed with trees on the ridgelines have turned into silhouettes.

Further south in Banff, a live webcam from the summit of Sulphur Mountain — accessible by gondola — shows mostly grey.

Tanya Otis, a spokeswoman for the company that operates the gondola, said people are still going up but visibility varies depending on wind direction.

“It really depends on the time of day for what they can see,” Otis said.

Gere said the Perseids meteor shower, which peaked last weekend and coincided with a new moon, was a bit of a bust for the second year in a row due to smoke.

“Some days we can’t even see the mountains that everyone has travelled from all over the country and all over the world to see.”

It isn’t all bad for shutterbugs, however.

Salisbury said photographers can still get good close-up shots at attractions such as Athabasca Falls. And Quiring pointed out there are opportunities for shots he wouldn’t otherwise get.

Last year, when smoke was also bad, Quiring posted a sunset pic to Instagram that was “other worldly.”

“The mountains were just barely visible in silhouette. The sun was like a rosy globe going down and the whole sky was awash in a peachy colour … draped over the landscape. It was quite beautiful,” he said. “I very much enjoyed that moment.”

The smoke allows photographers to get shots they would normally only get if it were foggy or misty, Gere added.

“It gives it a unique layered effect.”

It was surreal last week when smoke rolled in at Maligne Lake, he said.

“Everything looked really, really orange. It was like a perpetual sunset.”

He wishes the smoke would go away, but realizes it could be a lot worse.

“Hey, at least we’re not on fire. I think of the people in British Columbia who are suffering more than we are.”