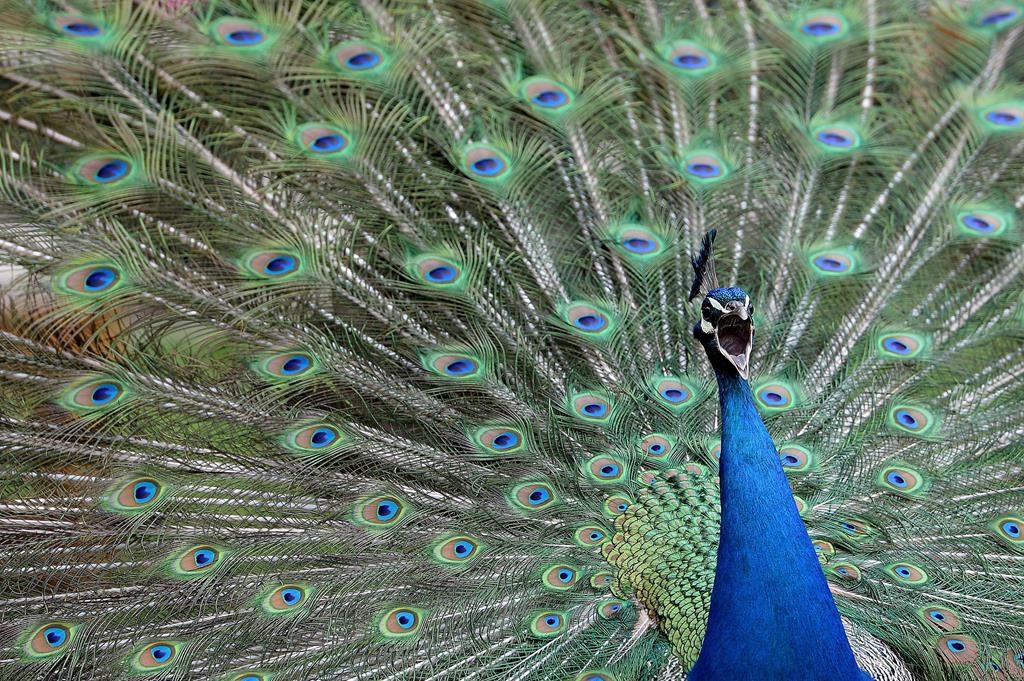 CALGARY — One of the peacocks that often roam freely on the Calgary Zoo grounds has died after it flew into the windshield of a moving zoo golf cart.

“Despite quick action by the zoo’s animal care and veterinary teams to respond to the injured bird, the peacock sadly succumbed to its injuries,” she said.

“After an internal investigation, it was determined this was a tragic and unavoidable accident. Our thoughts are with those who were affected by this sad loss.”

Last fall, a peacock flew into the zoo’s lion enclosure and was eaten during a pre-winter roundup of the brightly-plumed birds.

A few months earlier, a wild red fox that sneaked into the zoo killed another peacock.

The zoo has made headlines in the past due to animal deaths.

In 2016, an otter drowned after getting tangled up in a pair of pants that were not meant to be in its enclosure. Keepers give animals “enrichment” items that are meant to elicit behaviours that they would display in the wild, but the pants were not authorized.

Also that year, seven Humboldt penguins drowned. The zoo said an investigation could not pinpoint a cause, but that appears something frightened the birds overnight, causing them to suddenly jump into a pool.

In May 2008, about 40 stingrays in an interactive exhibit also died, while a giant capybara crushed by a hydraulic door in 2009 and a caribou calf died from complications related to sudden severe neck trauma in 2014.