Plane that landed on Calgary street had enough fuel to reach airport: report 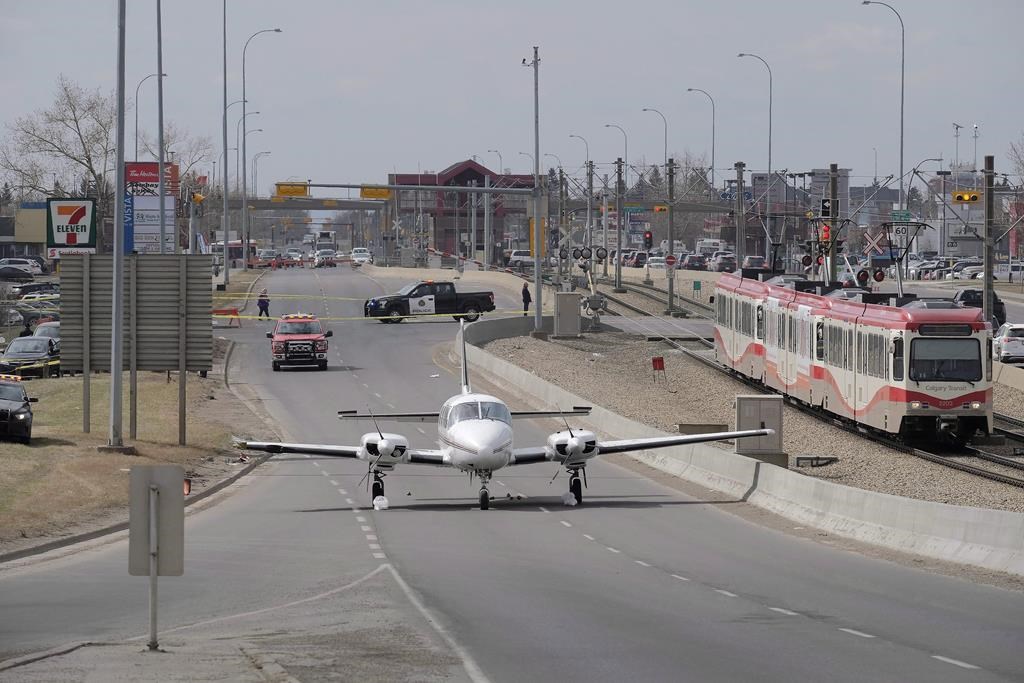 CALGARY — A report says a small passenger plane that made an emergency landing on a Calgary street last April had more than enough fuel to make it to the airport.

The Transportation Safety Board says the two-person crew of the Super T Aviation Piper Navajo Chieftain failed to complete a fuel flow check when the engines began to surge.

The plane, which was en route from Medicine Hat with four passengers on board, ended up landing on a street about five kilometres south of Calgary International Airport shortly before 6 a.m. on April 25.

The plane clipped a light standard but no one was hurt.

Investigators say since the emergency landing Super T Aviation has made changes to its flight checklist procedures and submitted them to Transport Canada.

The changes include making it easier to monitor the fuel tanks, changing when the crew is to look at a checklist that deals with fuel, putting more details into onboard quick reference handbooks and making them easier to read.

“When fuel management SOPs (standard operating procedures) are not in place, fuel starvation can occur even if there is sufficient fuel remaining on board the aircraft to complete the planned flight,” said the report released Thursday.

“If flight crews do not complete checklist procedures in their entirety, opportunities to rectify emergency situations can be lost.”

The report notes that once the crew decided the plane couldn’t make it to the airport, they did a good job of making the emergency landing.