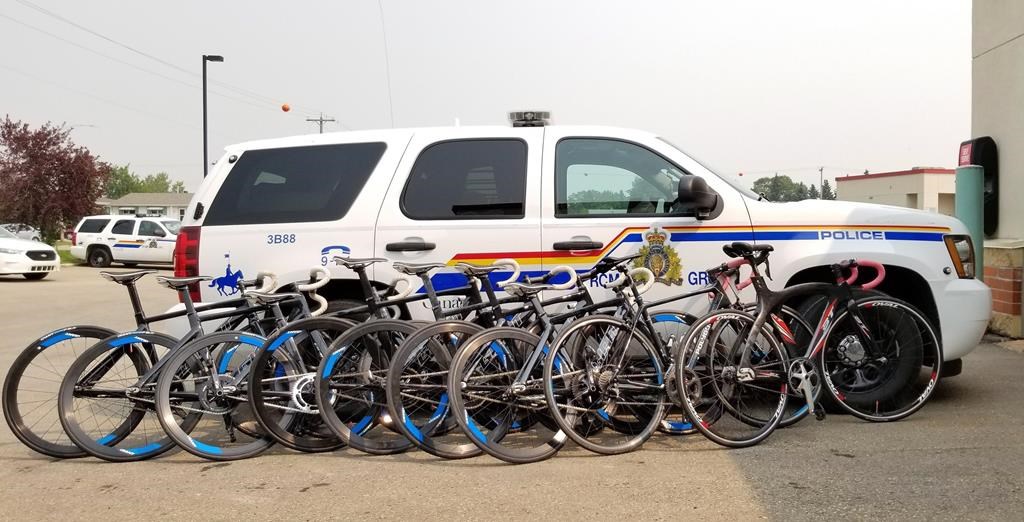 NISKU, Alta. — The RCMP has recovered nine of 10 expensive bicycles that were stolen earlier this summer from a teenage Malaysian cycling team training in Edmonton.

The bikes — believed to be worth more than $40,000 — were taken from a storage locker at the Argyll Velodrome during a break-in on July 18.

The team had been in Edmonton for about a month when the theft occurred.

Mounties say they received information that led them to an abandoned property near Nisku, just south of the city, where the bikes were discovered last Thursday.

The bicycles appeared to be undamaged and will be given back to the racing team once the police investigation is completed.

“We understand the loss that the racing team felt and we’re very pleased to be able to return these special bikes,” RCMP spokesman Cpl. William Hiscock said in a statement.

No charges have been laid. (The Canadian Press, CTV Edmonton)