Thieves drive through Alberta mall, make off with ATMs from food court 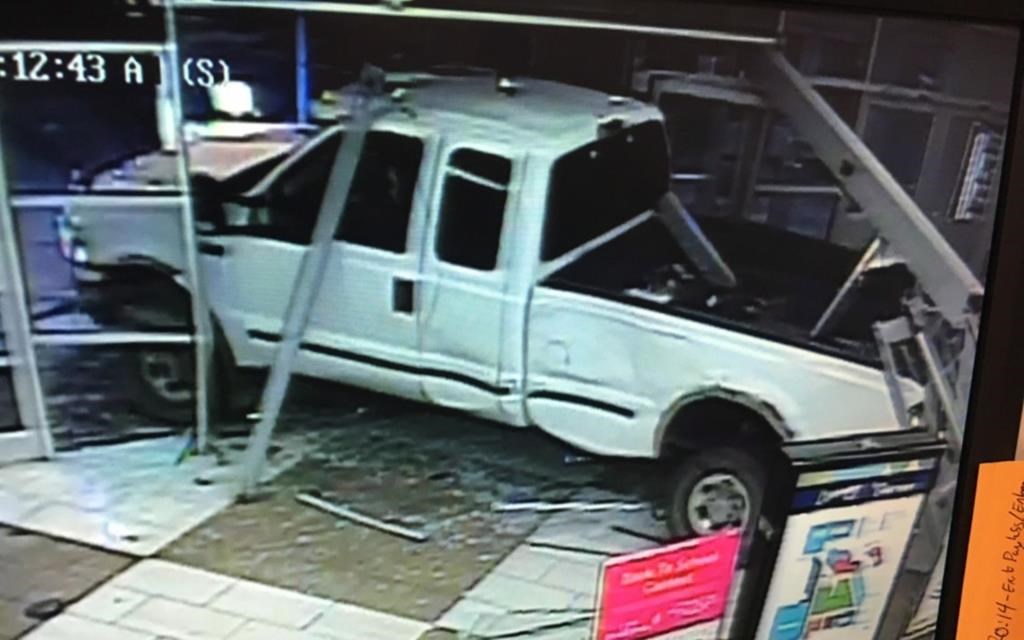 RED DEER, Alta. — RCMP in central Alberta are searching for three suspects who drove a truck through a shopping centre and made off with two bank machines.

Mounties say the truck smashed through an entrance at Parkland Mall in Red Deer on Thursday about 4 a.m.

It cruised through the building and stopped in the food court area, where the suspects then loaded the ATMs into the back.

The truck then smashed through glass doors at another mall entrance and left.

Officers say the driver was wearing a white face mask and dark coveralls with reflective strips, while the two other suspects had dark-coloured hoodies and pants.

The truck is described as a white diesel extended cab, possibly a Ford F250 or F350, that has significant damage.