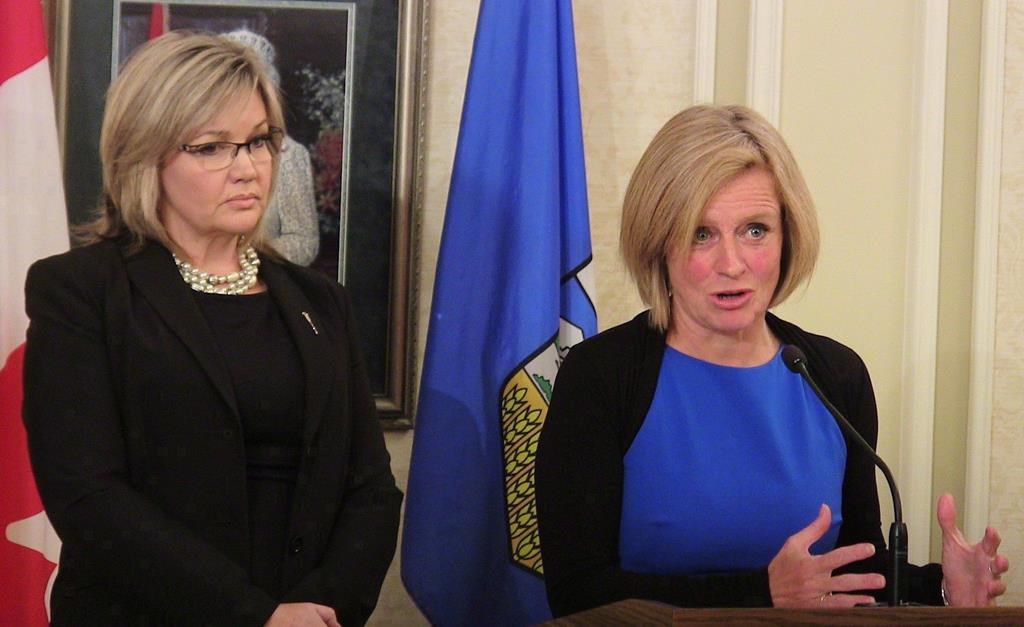 EDMONTON — The construction firm fighting with the Alberta government over the Grande Prairie Regional Hospital says the province has crippled the project with slapdash planning, poor budgeting and bad faith negotiations.

In a statement, Graham Construction said Alberta Infrastructure has been ordering up so many design changes that completed work has had to be torn down.

“Until the scope changes stop, and sufficient budget is provided, no construction manager can properly establish a final cost or properly plan and complete the project,” said Graham.

“(Alberta Infrastructure’s) recent actions are a regrettable example of ‘shooting the messenger.'”

The company sent the statement in response to a demand issued this week by Jansen on the $763-million hospital.

Jansen said the Calgary-based firm is on track to miss the completion deadline at the end of this year and has asked the province for an extra $120 million with no justifiable reason.

She has given Graham 15 days to deliver a plan to get the project back on schedule or see its $510-million contract cancelled.

But Graham said it has previously warned the province that the hospital can’t be done under the current budget given the design changes.

“(Alberta Infrastructure’s) present course of action will not improve the project outcome,” said Graham, adding that Jansen’s department “needs to address the real issues, including design management, budget alignment and the responsibilities and obligations that rest with (Alberta Infrastructure) under its contract.”

“Many changes required demolition of completed work to accommodate the new scope, affecting project cost and schedule,” it said.

Graham said it has been trying to work with Jansen’s office in recent months only to see meetings cancelled and not reschedule.

It said Jansen’s claim of a request for an extra $120 million is false. Graham said it has warned the project could be up to $85 million short and, at the request of Jansen’s office, put in a estimate to complete the project that included a $35-million contingency fund.

The hospital, when completed, will provide space for everything from acute care to cancer treatment, obstetrics, MRI services and surgery to patients in northwestern Alberta.

The contract with Graham began in 2011, under the former Progressive Conservative government, and has been delayed ever since due to construction deferrals, design changes and cost overrruns.

The initial cost of the project was $250 million.

The shell and roof of the hospital have been completed, along with insulation and windows.

Construction on the inside — including framing, drywalling, piping and electrical — is 70 per cent done.